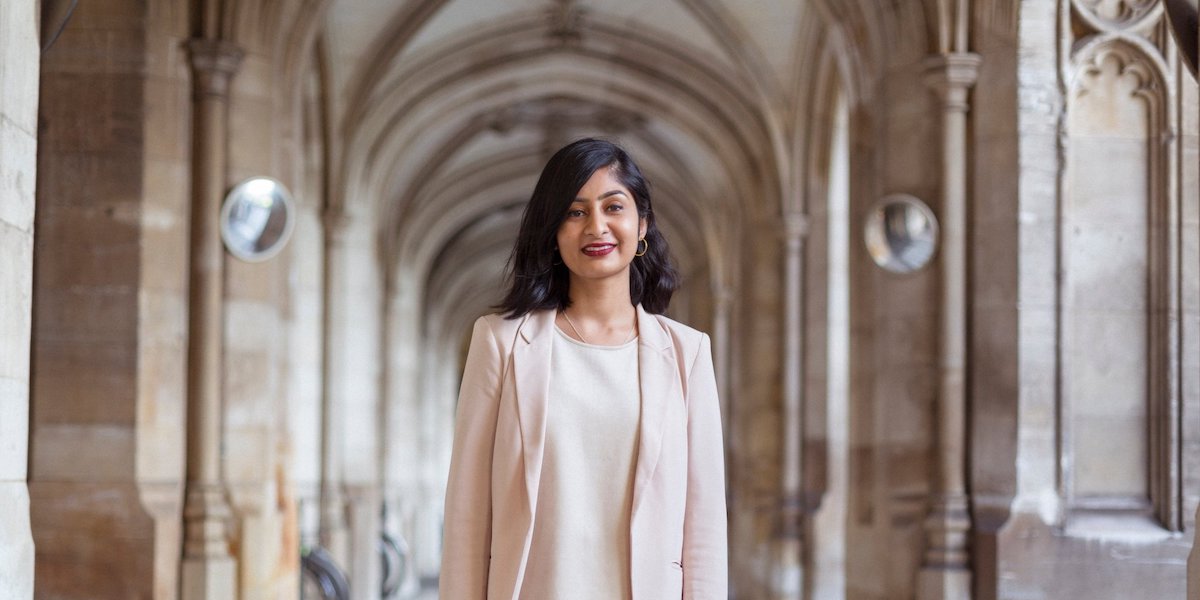 My generation entering parliament is the Osborne-Cameron generation. We are the generation that saw and felt the 2008 financial crisis. As we entered the third decade of our lives, we were hit by austerity, by tuition fees, by a graduate market – or a labour market in general – where many, myself included, struggled to find a job. I went to the job centre and it was incredibly depressing because I felt like I had been fed a lie my entire life. I was told: ‘All you have to do is get good grades, all you have to do is go to a good university and get a degree, and then everything is sorted.’ That’s not what happened.

Championing those hit by austerity

I see my place here as giving a platform to those issues – of inequality, of social justice, of the climate emergency – that are based on my own experiences. In education questions, I was able to talk about the fact that I have over £50,000 of student debt. So no matter how much I pay off – I pay the maximum per year – it is growing, and it’s uncontrollable.

I see myself as supporting what is happening in our communities, workplaces, campuses and elevating those voices within parliament.

It’s important to recognise that the so-called electoral battle will not be won within this chamber. I see myself as supporting what is happening in our communities, workplaces, campuses and elevating those voices within parliament. I don’t see parliament as an isolated institution, but something that can be supporting the fights taking place elsewhere.

Within the parliamentary calendar, the NHS bill is coming up. We’ll be leaving the EU, but we know trade deals are going to take up to a decade. The crisis within higher education is out of hand. I look at the fact that there are funding shortfalls within schools – they really are on the edge when it comes to resources. We’ll see a greater assault on trade unions and their ability to take industrial action. There are so many urgent issues.

Bringing people together for collective action

There are struggles in every single part of society. When you look at the dependency on food banks, how long will this continue as you see Universal Credit continue to be rolled out? I think it’s about being in those spaces, listening to people, and actually joining the dots to say the source of those issues is the same wherever we look – and bringing people together through finding those issues that unite people. Working as a community organiser, I often saw that people don’t think their issues are necessarily political. But when we found a GP’s surgery under threat of closure, it brought everyone together. It was about then saying: ‘Actually, this is part of something bigger.’

In parliament, I think it is about identifying those issues and then collectively, within communities, identifying and bringing together the groups that are already working on them

Our power lies in our communities and in our workplaces. I always believe that anything that has been won – rights in the workplace, say – have been fought for on the streets, in our communities. It has always been a bottom-up win. It has always been from the grassroots. Here in parliament, my aim is to support that. So far, in the questions I have been able to ask, I’ve tried to highlight whose class interests are being served by the Tories – who are funded by a third of UK billionaires. Which class has actually seen their living standards and their incomes soar? I was accused of class warfare, but we’ve been in a situation of class warfare for a very long time and we know who has been winning so far. It’s about bringing those issues to light.

The role of Constituency Labour Parties

CLPs still make a huge difference. First through local councils: when we look at how Preston is giving local contracts to local suppliers, and rejuvenated a local economy, we can see one strategy. Constituency Labour Parties, through local volunteers, could really embed themselves in pervasive struggles around everyday survival. What are they doing around food banks and food scarcity? What are they doing about the lack of youth centres and youth provision? Isn’t this something that we can actually be supporting, but also delivering? So that, when it comes to elections, it is not seen as a transactional exercise – ‘You are only here to take my vote’ – but is seen as: ‘We are aware of the issues, we are working with people, and actually we have the solutions to those issues.’

With councillors, like any politician, I think the case needs to be made to them. It requires more people exerting that pressure. I’ve been to The World Transformed and events like that, where Preston councillors discussed how they were actually able to do this. The strategy was there for a while, and then it took people who had the willpower – the political will – to enact it. I think it is about CLPs, MPs, and ordinary people just pushing for it and not accepting ‘No’ – especially when it can bring such good to towns and cities like Coventry.

It would help here to have a deeper conversation about democracy within the party – around open selections, and around local councils as well. I think that requires listening to what members want and how we can make it happen. What has worked in the past, and what could work today, in the 21st century?

The recent review of party democracy looked more at the party structures internally – BAME and women’s representation and so on. As far as I’m aware, it didn’t really go into local government as much.

I have noticed the names of rooms and the portraits, and how this institution was not built for people like me, in many ways. I remind myself that I am here to serve, and it is a public service that I’m doing. I hold myself accountable and I’m surrounded by people who remind me. I still attend the things that I used to. I still have those connections within the trade union movement. I’m aware of the pressures of parliament to tame the most militant rebels. I resist this daily.

Even after my speech, some people said: ‘Everyone starts off fiery but remember this, this and this.’ My priority is to make sure that structural change takes place. I don’t know how to phrase it, but I’m aware of the dangers of being neutralised and I’m fighting them – because I don’t want that to ever happen.

A month in, accountability takes shape in the form of CLP reports and documenting what I’m doing and what I’m saying. Social media plays a part in that. Nothing has formally been set up, but I’m attracted by the idea of open town halls to discuss what is happening in parliament, open to members and non-members alike.

For me, it’s about being rooted in the community – spending more time in Coventry than in London, speaking to ordinary people about their issues, being conscious of who I’m talking to, what events I’m attending, who is benefiting from my work. Having come through the movement, it’s about remembering what I am doing for them at all times.

Zarah Sultana is the Member of Parliament for Coventry South, elected at the 2019 General Election. You can follow her on twitter @ZarahSultana.

This is an extended version of an article which appeared in the Spring 2020 issue of Red Pepper.