The root of the problem

As the British government attacks the very concept of institutional racism, Remi Joseph-Salisbury argues we need to recapture radical traditions of anti-racist organising 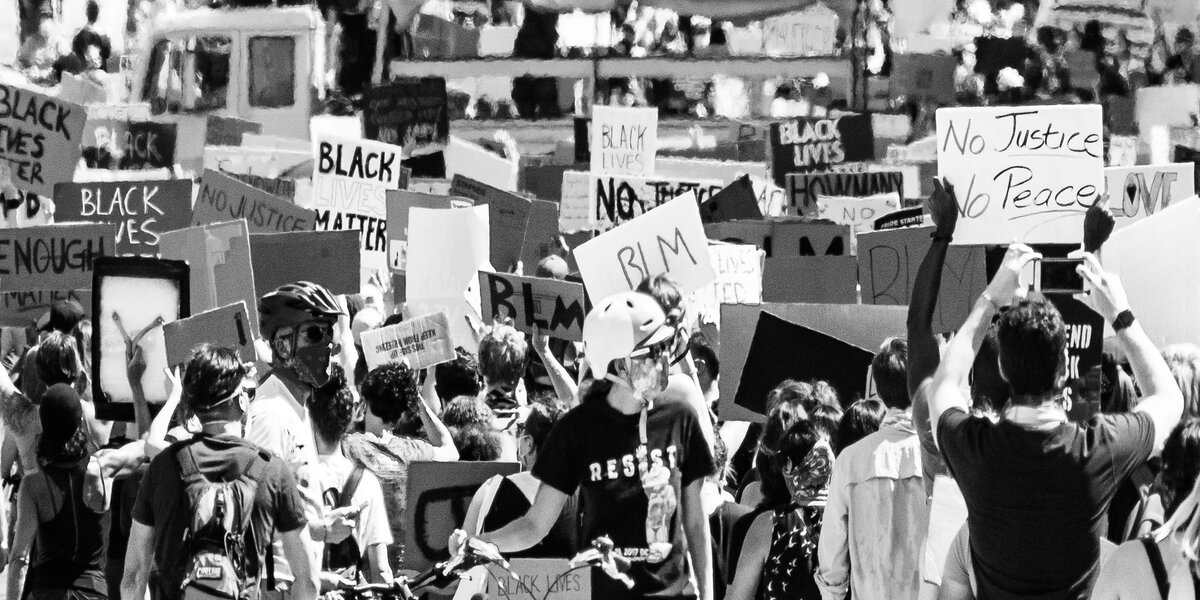 Earlier this year, the government-commissioned Sewell report set out an attack on the concept of institutional racism. That it did so was of little surprise. As a range of anti-racist organisations had forewarned, the report’s author – and the Conservative tasked with commissioning the report – had previously cast doubt on the concept, a position entirely consistent with government thinking under Boris Johnson.

Criticisms of the report have been well stated elsewhere, but we must keep focused on how it particularly undermines this concept – an emphasis that tells us a great deal about the contemporary landscape of race and racism in the UK. Specifically, it indicates what those in power see as threatening the racially unjust status quo: in this case, understandings of racism as an institutional problem.

The concept of institutional racism has been at the heart of radical anti-racist organising in Britain, particularly the traditions that emerged out of the Black Power-inspired context of the 1970s. Such understandings see racism not as a problem confined to individual acts of racial prejudice but as one that is deeply embedded in and reproduced by societal institutions – including those of the state. This tradition sets its sights on material conditions, focusing the fight primarily against ‘the racism that kills’ ahead of ‘the racism that discriminates’, as the late Ambalavaner Sivanandan, former director of the Institute of Race Relations, put it. Here, racism is not so easily severed from its colonial and imperial roots.

Liberal anti-racism sees solutions in tweaks to the system, such as more staff training and better representational politics. It all but absolves the state of its own culpability

Despite the concept of institutional racism gaining some mainstream traction through the Macpherson report (though it was narrowly defined and applied), the radical anti-racist tradition has often found itself on the back foot in recent years. It was sidelined by the more liberal approaches to anti-racism that emerged in the 1980s through local Labour parties, referred to by the social theorist Paul Gilroy as ‘municipal anti-racism’. This tradition – which is highly professionalised in nature – prefers to see the problem through an individualised and psychologically-based lens, finding contemporary expression within the incredibly narrow (but fundable) parameters of hate crime, and in the widespread uptake of unconscious bias training

Liberal anti-racism sees solutions in tweaks to the system, such as more staff training and better representational politics. It all but absolves the state of its own culpability.

It comes as no surprise that the Sewell report targeted the framework of radical anti-racism, rather than those of its liberal counterpart. Nevertheless, the report’s focus reveals to us the terrain on which the government is most comfortable operating. That is, a terrain on which discussions of racism are confined to their liberal parameters, which locate the issue outside the state and its institutions.

The key – albeit unintended – lesson we can draw from the Sewell report is the need to recapture radical traditions of anti-racism, in which we grasp the nature of the problem ‘at the root’, as Angela Davis puts it.

When we foreground understandings that see racism as institutional and structural, and inextricably tied to histories of colonialism and imperialism, the prospects for anti-racist organising are far greater. That is when we begin to pose a real threat to a system based on, and maintained through, white supremacy.

Remi Joseph-Salisbury is a Presidential Fellow in Sociology at the University of Manchester and a Red Pepper columnist.