The economics that came in from the cold

Tory-supporting media have been portraying Jeremy Corbyn as a Soviet fellow-traveller, while unnoticed the shadow chancellor sets out a vision that breaks with the old bureaucratic state model. By Hilary Wainwright. Shadow chancellor John McDonnell can usually barely breathe a word about nationalisation without setting off a media frenzy – so it’s strange that his most interesting comments yet on the subject passed with so little comment.

Speaking in February about the Labour Party’s new economics, McDonnell said: ‘We should not try to recreate the nationalised industries of the past… We cannot be nostalgic for a model whose management was often too distant, too bureaucratic.’ Instead, he said, a new kind of public ownership would be based on the principle that ‘nobody knows better how to run these industries than those who spend their lives with them’.

Maybe the media’s silence on this profoundly democratic vision of public ownership is not so surprising: for it directly contradicts the attempt to warm up cold war scares of a secretly pro‑Soviet Labour leadership whose public ownership plans are the first step towards imposing a command economy onto the unsuspecting British people.

Now that the Czech spy-stories have been proven false, we can discuss Labour’s new democratic thinking more productively and maybe some of the media will pay attention. For this new thinking about public ownership opens up a rich seam of new economic thinking: beyond both neoliberalism and the post-war social-democratic settlement.

While neoliberalism says the market knows best, the Fabian-inspired model of the 1945 welfare state – for all its considerable merits – left workers with no role in the management of the newly nationalised industries. Beatrice Webb, one of the leading Fabians, declared her lack of faith in the ‘average sensual man’ (who can ‘describe his grievances’ but not ‘prescribe his remedies’) and wanted public industries to be run by ‘the professional expert’. In practice, this often meant the same old bosses from the private firms being brought back to run the public version, along with an ex‑general or two.

Underlying Labour’s ‘new politics’ is a new and very different understanding of knowledge – even of what counts as knowledge – in public administration, and hence of whose knowledge matters. For industries to be run by ‘those who spend their lives with them’ means recognising the knowledge drawn from practical experience, which is often tacit rather than codified: an understanding of expertise that opens decision-making to wider popular participation, beyond the private boss or the state bureaucrat. As McDonnell put it, we need to ‘learn from the everyday experiences of those who know how to run railway stations, utilities and postal services, and what’s needed by their users’.

McDonnell’s speech was preceded by an equally innovative conference in Preston, driven by a desire to learn directly from the work of Preston Council and local co‑ops and trade unions. His commitment to this politics, like Jeremy Corbyn’s, comes from a lifetime of seeing the mostly untapped wisdom at the base of the labour movement: the extraordinary wealth of knowledge that ordinary trade union members hold about their work, and their ideas about better ways to organise it.

There are echoes here of past struggles like the Lucas Aerospace workers’ plan for socially useful production and its follow up in the London industrial strategy of the Greater London Council, just before it was abolished by Margaret Thatcher. There are echoes too of a forgotten phrase in Labour’s old Clause Four, committed not only to common ownership but to ‘the best obtainable system of popular administration and control of each industry or service’. It was a phrase that mostly gathered dust even before the whole clause was scrapped in the mid-1990s – but now we have a Labour leadership that truly believes in the people’s capacity for ‘popular administration’.

Of course, it will not be easy devising new forms of participatory public ownership capable of drawing not only on workers’ knowhow in any given industry (think railways, reservoirs, sewage works and so on) but on the knowledge of users, customers and surrounding communities  as well. But the Labour Party is now throwing open the doors to those who would like to put forward their own ideas about public ownership that is very much not in the old style, and instead involves a redefinition of what ‘the public’ means. Trade unions, local authorities and social movements of different kinds are being invited to their creative intelligence to this end. The Preston model is just one example of this.

The failures of privatisation and the intensity of social need, together with issues such as the urgency of climate change, have led a new generation to devise new strategies and find allies: not only to protest, but to collaborate on real alternatives that can exist here and now. While the trade unions are generally weaker than in the past, Momentum groups and Labour branches can go some way to filling the gap by developing practical alternatives at local level.

The co-operative movement, for example, is undergoing a new lease of life as private enterprise fails to meet social and environmental needs, and unemployed people – especially young people – see collaboration as the only way ethically to make a living. They are finding that the very technologies that have been used by big tech firms to fragment work can be redesigned as tools of social collaboration.

These experiments, born of necessity, can be the basis of a transformative force that could both help Labour to win the next election and be the basis of a new democratic economic order when Labour takes office.

This recognition of workers as not simply an interest to be defended but as knowledgeable, creative allies in the process of production of social wealth, considerably strengthens Labour’s claim to be the party with which voters can best entrust the economy.

It enables today’s Labour Party to break from the implicit pact that private enterprise should be allowed to run production, while the state looks after redistribution – the one supposedly efficient, the other supposedly fair. This foundation stone of the post-war consensus effectively left Labour one-handed and vulnerable to attack as the party of spending and not of wealth creation. And as questions of the organisation of production were left to the capitalist, it undermined Labour’s strong claim, as the party of labour, to be the real party of wealth creation. After all, money (capital) without labour is unproductive. Labour, however, can be productive without private capital, through co-labouring (i.e. cooperation) and through public funds and co‑ordination.

When the Tories next come knocking to ask whether Labour can be ‘trusted with the economy’, this new economics has an answer: Labour is not another set of experts to be trusted, the commissars of a central plan or the champions of a special interest, but rather it rests on the active support of, and trust in, those on whom the wealth and social well-being of society depends. For the many, by the many. And the party of business can no longer claim to have a monopoly of wisdom on the creation of social wealth, nor can it credibly dismiss Corbyn’s Labour as simply the revival of old-style state socialism.

This really is ‘New Labour’, although that is too polluted a brand for the present leadership’s vision of a radically democratic government sharing power with knowledgeable and productive supporters. Rather it opens up the possibility of developing a ‘new socialism’ based on self-government rather than rule from above. Now that, surely, is a story for a media genuinely curious about where a Corbyn-led government will lead.

Hilary Wainwright’s latest book A New Politics from the Left is out now, published by Polity Press.

The Harland and Wolff workers want to make renewable energy. A Labour government would help them

In the 1970s, Lucas Aerospace workers had a plan to make socially useful products and went to minister for industry Tony Benn for help. Do the workers occupying their shipyard in Belfast have a similar ally in John McDonnell? By Hilary Wainwright

Mathew Lawrence writes that we need to overhaul the private, profit-driven ownership models wrecking the climate and the economy 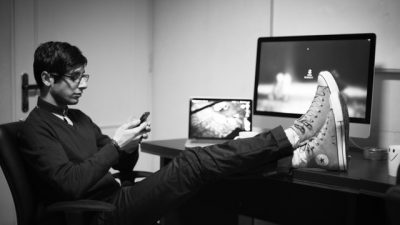 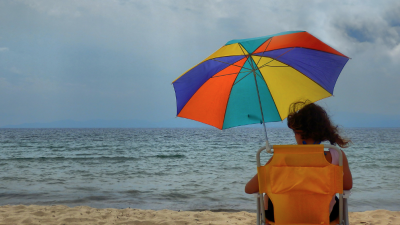 A four-day working week is within our grasp

A new report from Autonomy proposes a radical set of policies to boost the economy and improve quality of life by shortening the working week, writes Eleanor Penny