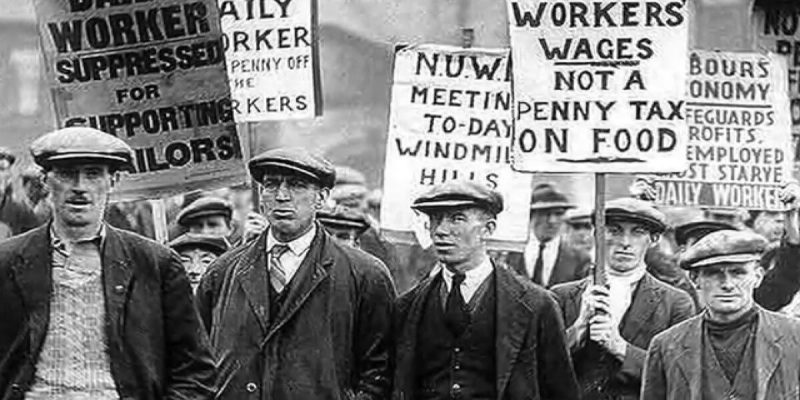 This first volume on the history of Unite opens on the period of ‘new unionism’ in the 1880s, when the rapid growth in workers’ organisation shifted from craft unions to more general unions. A period of militancy at the end of the 19th century saw significant victories for workers.

The authors of this book are keen to show how union demands at this time went beyond industrial issues and were very much connected to political change – something the ruling class was keen to disconnect. There is a huge amount of detail about the role of significant players (Ernest Bevin, Harry Gosling, Ben Tillett) in the newly formed Transport and General Workers’ Union (the precursor to Unite) in 1922, providing a fascinating insight into their actions.

Formed as it was from multiple mergers, Unite’s current trade group structures are recognisable from the early days of the TGWU. It is fascinating to understand how this came to be as the union incorporated members from the original 14 unions that formed the TGWU, but also to understand why some transport unions, the rail unions in particular, decided to stay independent.

The second section of the book deals with the period of the 1926 general strike and its immediate aftermath. Here it is interesting to note how the state and the security services responded to the growth of the labour movement. Both were concerned with protecting the interests of capital and thus the aim was to monitor and undermine union power.

The ideological offensive against organised labour will be familiar to today’s students of employment relations, and there is much to be learned from this book about how the state and the labour movement responded to the attacks. The government was prepared for the general strike, and as the authors point out, the union movement and the TUC were not, which led to the great defeat of the UK’s only general strike, leaving the miners to fight alone.

Section three covers the difficult period for the TGWU of the early years of depression in 1929-31, when the Conservatives sought to consolidate their ideological control over the labour movement. As the authors note: ‘The 12 months following the general strike saw concerted efforts by the government and the employers’ confederation to draw Bevin, along with a handful of other union leaders, into far more political dialogue.’

It was at this time that a number of unions and the TUC began to move away from a commitment to socialism and instead began an accommodation with employers. The TGWU, still under the leadership of Ernest Bevin, led the talks with key major industrialists, most notably ICI’s Alfred Mond, to create an ‘industrial peace’. While Bevin argued that he wasn’t proposing an ‘unholy alliance’ with employers and capital, this wasn’t quite the way it was seen by many of the union’s members and political factions.

Other topics covered include the role of the Communist Party, whose members played a significant role as political leaders and industrial organisers in the early TGWU; the role of women, who are very much neglected in historical accounts of union activity; and an issue close to my interest, the political education of union members and the contribution this made to strategy, direction and the activity of unions.

But this is not just a historical tract; it is also a book for thinking about today’s union movement. By reading historical accounts we can hopefully learn from past successes and failures, and perhaps take inspiration from the past to inform our future union strategies.

After all, if workers could build a union like the TGWU in a period of mass precarity and little in the way of employment legislation, then there is hope for the workers of today to do the same.