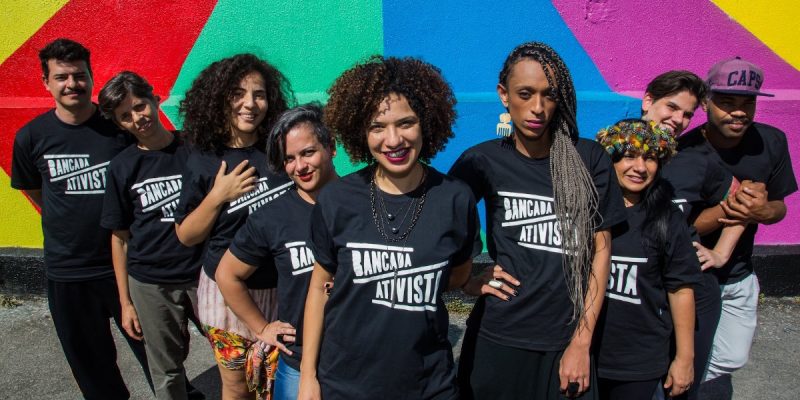 Following Jair Bolsonaro’s election as the president of Brazil in 2018, democratic institutions have faced a series of attacks, from attempts to dissolve the national congress and change the electoral process, to threats against the supreme court and hints of military intervention. Despite these challenges, democratic institutions persist and the local elections in November allowed Brazilians to elect mayors, vice-mayors and councillors across the country’s 5,500-plus municipalities.

The election results show the far right has lost strength. The Social Liberal Party (PSL), with which Bolsonaro was affiliated in the 2018 election, suffered a significant defeat, electing only 90 of their 731 mayoral candidates. Of the 13 candidates supported directly by Bolsonaro, only two were elected. The gains, however, were mainly for established centre-right parties, as the Workers’ Party (PT) continued its dramatic decline.

Where hope can be found for the left is in the proliferation of new municipalist initiatives, both independent and affiliated with the Socialism and Liberty Party (PSOL). The same political crisis that Bolsonarism exploited to gain power has proved fertile ground for grassroots political experiments. In particular, activist groups are challenging not only what, but how, politics can be done through collective candidacies and shared mandates. They offer a pathway to a renewed left in Brazil, as well as lessons for the international left in breaking free from calcified party-political structures.

The 2020 municipal elections saw an explosion of collective candidacies. The concept is simple: a group of activists chooses one of its members to stand for a legislative position, but makes it clear in campaigning and internally that decisions will be taken collectively. As far as the Brazilian electoral system is concerned, this is no different from a party putting up a candidate, or an independent candidate with a group of campaigners, supporters or staff behind them. But in a country scarred by inequalities and career politicians treating their seats as personal fiefdoms, this deliberate removal of decision-making power from the individual is an effective way of approaching issue-focused politics.

Candidacies contain members of one or more of the national parties (candidates must be affiliated with a party to stand in Brazil’s elections), and the specifics of how each group manages their collective mandate are different in each case. The most horizontalist groups share their salaries equally and have developed ways of organising their legislative work and decision-making process in as collective a way as possible. Others may develop some levels of internal verticalisation, or even end up dissolving into the usual representative-plus-staff model. The level of horizontality and transparency that these collective candidacies can achieve is still being experimented with by trial and error, but the experiences have been inspiring many new groups to adopt similar approaches.

Until recently, collective candidacies were rare, with just 13 in 2016. However, in what should be understood as a surge in efforts to ‘hack’ an electoral system that was not set up to accommodate such democratic innovations, 2020 saw 257 such candidacies running in the elections. Although the practice has been replicated across the political spectrum, it has been particularly significant on the left and centre-left, and the 2020 explosion is likely driven by political platforms training activist groups on electoral tactics through online guides and workshops.

The most well-known political platforms implementing these innovations in Brazil are Bancada Ativista in São Paulo and Juntas in Pernambuco, which have given a state legislative voice to activists connected with a range of social movements, including anti-racism, anti-poverty, indigenous rights, LGBTQ+, feminism and environmentalism.

Other forms of collective mandates have also been surging in Brazil. Gabinetona (literally ‘big office’) is a collective of four women representatives working across the local, state and federal levels, backed by a grassroots campaign. It started with a political platform called Muitas (Many) which put forward multiple candidates for the city council of Belo Horizonte in 2016, managing to elect two of them. The Muitas candidate with the third most votes was invited to join as a co-councillor with the same level of decision-making authority as the other two, despite not having an official position.

In the 2018 elections, the collective was able to get two representatives elected to the state assembly and the national house of representatives. Since then, Gabinetona has operated as a collective mandate that works together in the three spheres to promote the agendas of the social movements represented by the group.

Áurea Carolina, one of its members, was part of Gabinetona as a city councillor from 2016 to 2018 and federal representative since 2018. In 2020, she ran for the position of mayor of Belo Horizonte, which could have led the collective mandate to an executive position. She managed to secure fourth place with more than 100,000 votes certainly something to build on.

Another platform, Bancada Ativista, backed a collective candidacy of nine activists who now occupy a seat at the state legislative assembly. In 2020, it managed to elect black trans activist Erika Hilton to the São Paulo city council.

These innovative approaches are of particular interest to the left, promoting a viable way of bringing social movements into positions of power without passing through established political gatekeepers. With a focus on collective organisation and horizontality, but without rejecting the imperative to engage with formal power structures, these new municipalist initiatives tend to abolish the usual hierarchies of political parties and personality-driven forms of leadership.

These initiatives demonstrate an intersectional approach, drawing heavily on identity issues and environmentalism, beyond traditional Marxist approaches. Because of that, new municipalism in Brazil offers a route to truly diverse political representation. The consequence is a renovation of the political environment, bringing diverse bodies and life experiences to the centre of political decisions.

In this context, new municipalism offers great possibilities for the preservation and expansion of democracy in Brazil, as well as offering models that can be imitated elsewhere.

Cintia Martins Freitas is a master’s student at the Center for Latin American and Caribbean Studies, University of Illinois

This article first appeared in Issue #231, People, power, place. Subscribe today to support independent media and get your issue hot off the press!