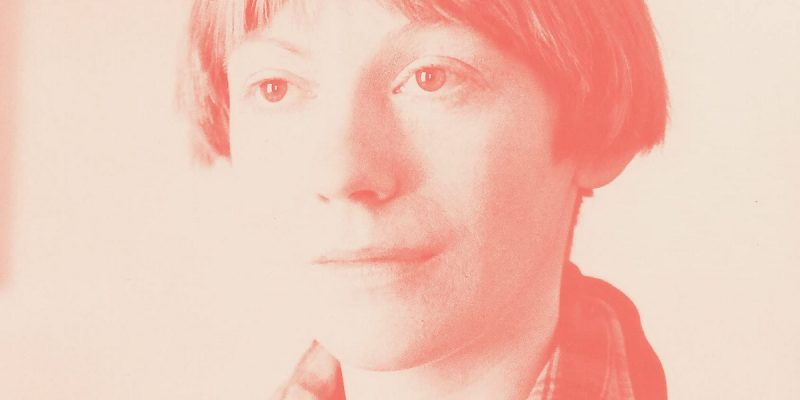 Sheila Rowbotham helped start the women’s liberation movement in Britain and is now known internationally for her writings on the history of feminism and social justice campaigns. In her latest memoir, she invites us to witness the birth of women’s liberation, as it happened, giving us a very intimate and detailed account of her life, her loves and her involvement in the movement.

In recounting this history, it is clearly not Sheila’s aim to stir nostalgia, nor urge us to recreate exactly what feminists did in the 1970s. Instead, she shows the depth of what they attempted in order for us to go beyond it. Their goals were ambitious: the movement organised eight conferences across the decade, developed strong local consciousness-raising and action groups, supported trade unions and marched for a myriad of causes.

Despite Sheila’s desire for the book not to invoke nostalgia, it’s hard not to feel it. The lifestyle described – of occupying a big communal house with friends, which enabled women to do little paid work and lots of organising – seems incredibly remote. Beyond this now-remote lifestyle, my horizons immediately felt lifted after putting down the book. Their political imagination seemed far broader than ours is now. The book ends in 1979, on the precipice of many years of Tory rule. I hope that we can raise our own horizons after many years of the same.

While our circumstances differ, so much of the experience of the 1970s still rings true today. On an individual level, Sheila recounts the expectation to be ‘all knowing’ in activist circles and details the ever-present tension that arose between the movement and the few celebrities that came from it. But what struck me was just how far we have come because of the work of socialist feminists like Sheila.

Throughout the 1970s, the women’s liberation movement drove an active feminist presence within unions and created a network of supporters for striking women. For example, feminists forced the Trades Union Congress to take a strong stance against threats to access to abortion. The women at the Grunwick film-processing plant in north London struck for two years in 1976-78 for union recognition and improvements in conditions. Through this in-depth account of the decade, we also discover women’s strikes many may never have heard of, such as the women at the Trico engineering factory, 350 of whom struck for equal pay in 1976. Despite equal pay legislation having come into effect six years earlier, they were paid substantially less than men in the factory. They won after 21 weeks on strike.

Especially in this context, Sheila’s account of the animosity the women’s liberation movement received from left-wing men is disheartening. Many socialist men viewed feminism as just a ‘bourgeois diversion’, seeing it as something that came after the revolution. The resulting lack of feminist interventions from the left in society more broadly, meant sexism and discrimination had thrived. There was no equal pay legislation to protect women workers until 1970, rape within marriage was the legal reality until a 1991 judgement and access to abortion was continually under attack.

The demands discussed at the first National Women’s Liberation Conference, held in 1970, are still strikingly relevant today, as well as hugely radical at the time. A year later, in Skegness, women conference attendees unanimously set their agenda of demands for equal pay, equal educational and job opportunities, free contraception and abortion on demand, and free 24-hour nurseries. Forty years later, we are yet to win real equal pay, our right to abortion is still threatened and free 24-hour nursery provision feels like a distant dream.

Despite her key role in organising the conferences, Sheila knew that their demands would not guarantee women’s liberation while we still lived under capitalism. She knew the liberation of all women must be grounded in working-class power and democracy that extended well beyond voting. This knowledge propelled her into helping to organise night cleaners in the early 1970s.

Sheila recounts walking with Liz Waugh through the streets of the City of London every Tuesday evening just before 10pm, approaching women who looked like they were on their way to work. Designated as leafleters from the ‘Cleaners’ Action Group’, they often struggled to catch women who were hurried on their way to work, ‘clutching flasks of tea and sandwiches’. The cleaners that did join as a result of their efforts ‘found it hard to relate to the bureaucratic structure of the union’.

The book ends in 1979, on the precipice of many years of Tory rule. I hope that we can raise our own horizons after many years of the same

Reading this experience, I recognised an important connection to today. In 2022, many cleaners still struggle to relate to mainstream unions. They may not speak the same language or even find their issues on the agenda. However, those same streets have come alive again with cleaners organising, with the sounds of drums, vuvuzelas and reggaeton blasting out of speakers. The experience of the night cleaners’ campaign is the direct history of the work of cleaners’ unions, such as UVW and IWGB, today. As trade unionists, we can learn from the tactics and strategies used in the early fight against outsourcing cleaning work to build on a history of struggle.

As feminists we also have a lot to learn from the past and these practical examples of what building power could look like. It brings to mind Rosa Luxemburg’s argument that participation in strikes and wielding power through struggle is like being part of a ‘living political school’. She tells us we can read all we like, but that it takes action to learn. Conferences can be important, but the experience of struggle is a crucial step towards ending capitalism. This sentiment comes through clearly in Sheila’s book. Her socialist ideas of the time, and those of her peers, were shaped by the many picket lines they attended and campaigns they were involved in.

We can trace the roots of our current feminist thought from the eight 1970s conferences. In between these national gatherings, feminists held consciousness-raising meetings in neighbourhood groups. They theorised over domestic work, domestic violence, sexual violence, sexuality and an increasing understanding of an ‘interconnecting subordination of race, gender and class’. As well as many other topics of debate, we also see the beginnings of some of the toxic ‘radical’ feminist politics we see today. Sheila explains that the last conference was so disrupted by a small layer of activists who held ‘separatist’ views (that women should organise without men) that no other conferences were organised.

Tracing successes as well as challenges, Sheila’s memoir provides an important lesson about the need for us to throw ourselves into ‘living political school’ and get involved in organising. Capitalism thrives when the rulers’ ideas remain dominant. When we think there is no alternative to capitalism or that real change is not possible, our horizons become greatly narrowed. When we are part of struggles, small or large, we can begin to see a broader horizon open up. It challenges the dominant ideas. Sheila’s memoir shows us what is possible, but that it is our job to go out and do it.

Lydia Hughes is a Red Pepper editor and trade union organiser. Daring to Hope: My Life in the 1970s is out now from Verso Books