The Martyrs Well at the Jallianwala Bagh memorial. Photo by Wikimedia Commons

The Jallianwala Bagh Massacre, which will mark its centenary next 13 April 2019, was a pivotal moment in Indian history and the era of the Raj; forever obliterating the façade that The British Empire was in any way benign or merciful.

April 1919, Punjab, India. World War I had finished and there was a sense of bitter injustice in the air. The Great War had seen the UK government call on soldiers from colonised countries, such as India, to give their blood for a project of European traditional hatred that did not even directly concern them.

What did concern them was the right to fight for their own country. But India was not their own country and had not been for hundreds of years; they were soldiers by profession only as volunteers, and in many cases were not even that, having been sold a canard that they would be given respect and adventure if they did the bidding of the very Empire that oppressed their own people.

National self determination had been slowly promised to colonial subjects in return for giving their all to save the Empire from enemy forces. And so, when the soldiers returned, Indian nationalists wondered if the British would stay true to their word.

There were signs that they might do exactly that. For instance, Sir Edwin Montagu, the Secretary of State for India, responded to their pleas with the historic “August announcement” in Parliament, declaring that Britain’s policy for India was “increasing association of Indians in every branch of the administration and the gradual development of self-governing institutions with a view to the progressive realisation of responsible government in India as an integral part of the British Empire.”

This was a declaration made before the war ended, which meant that nationalists could feel emboldened to believe that the Indian would receive Dominion status which could then lead to complete independence. Instead what followed was a period of particularly offensive draconian law that sowed the seeds for an afternoon of inhuman brutality and bloodshed.

The war ended and India was given no reward. Instead, the repressive Rowlatt Act was passed into law, giving the Viceroy’s government incredible power to quell “sedition” against the Empire by detaining “political activists” without trial, silencing and censoring the press, and arresting without a warrant any individuals suspected of treason against the Empire.

Public protests followed, but these were quickly put down and only provided more subjects to arrest and barricade as per the new legislation. Gandhi continued on his quest for independence through non-cooperation but some wanted to voice their anger at what was happening in a more vocal fashion-through protest, argument, debate and what would today be considered a gigantic pressure group to lobby government.

Some of these militants gathered fateful afternoon in April 1919 within an enclosed garden in Amritsar called the Jallianwala Bagh. They were joined by other citizens, tradesmen, merchants, women, children and passers-by who were in the city to celebrate the occasion of Baisakhi. Many had come there from the nearby Golden Temple to escape the blistering hot sun. Some were simply idling around not even paying attention to the small protest gathered there.

But as far as the British, and one ruthless Brigadier-General Reginald Dyer, were concerned this was a moment of rebellion, insurrection, the seeds of a movement to violently overthrow the Raj. In the days preceding this gathering, there had indeed been violence in the city limits due to the haphazard execution of the Rowlatt Act, but General Dyer’s state of mind that afternoon was simple: he had warned people not to gather there, and had no qualms in shooting them down if they disobeyed him.

General Dyer didn’t just go to the Jallianwala Bagh to shoot some warning shots. He went to massacre, to dismember, to obliterate. He took with him two armoured cars, a coterie of riflemen who were instructed to fire until their ammunition was exhausted. And what where they up against? Unarmed, non-violent men, women, and children demonstrating peacefully-not to mention those who just happened to have the bad luck to be there that afternoon. The size of the crowd? Anywhere from 5,000 to 15,000 given the footfall in Amritsar on that day given the festival celebrations.

At least 1,499 were killed on site and 1,137 were wounded. But many more died due to lack of medical care and attention from the British, from infection from bloodied wounds, gangrene and more who were left to slowly die due to the worry that bringing loved ones to hospital would lead to arrest of remaining family members through complicity.

It was the moment that laid bare the face of British imperialism. The British hailed Dyer as a hero, raising a handsome purse to reward him, sending him on his way back to Blighty with his reputation intact, all while the Lieutenant Governor of the Punjab at the time (Sir Michael O’Dwyer) commended his action as being ‘correct’. Others had actually wanted to bomb the entire city to smithereens and were quietly sulking that their request had not been met.

This was a source of permanent separation between British imperialism and its Indian subjects. The promise of Dominion status and “progressive self-government” meant nothing and even the moderate Gandhi (who supported the war effort) realised nothing short of independence could end the immorality and injustice of British rule in India.

Saurav Dutt is the author of the forthcoming book “Garden of Bullets: Massacre in Jallianawala Bagh”. 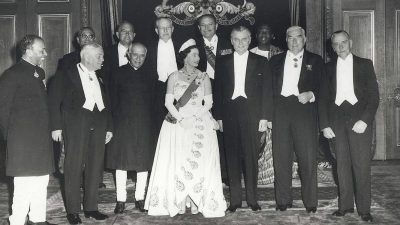