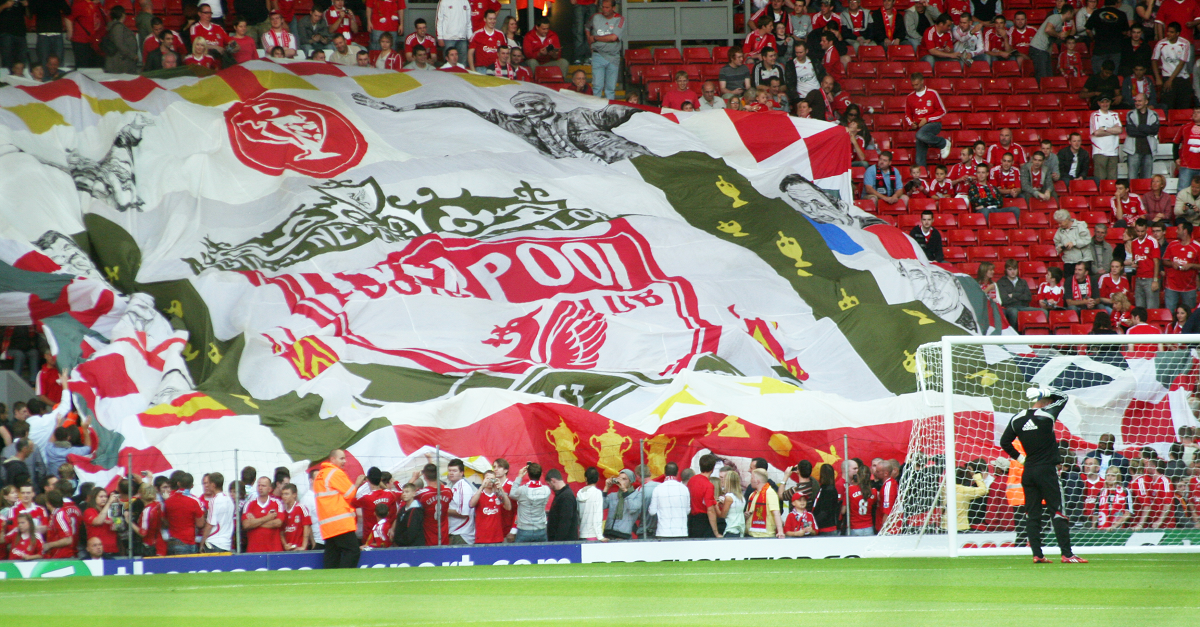 Fans prepare for a game at Anfield, Liverpool FC were one of the main backers of Project Big Picture. Credit: Kevin Walsh

‘This is a blueprint for the future of English football and for everyone who cherishes it.’

Thus spoke Rick Parry, chairman of the English Football League on the proposed Project Big Picture. Advocated by six premier league clubs, including Liverpool and Manchester United, the Project is now dead in the water. Yet its proposals have shifted the conversation, and now serve as the blueprint for future discussions about the financial structure of English football. Indeed, sources close to John Henry, Liverpool’s owner, were keen to stress that although the deal had been unanimously rejected by Premier League clubs, the proposals still had life, claiming that ‘we put forward proposals and they’re now being considered’.

Despite widespread condemnation of the plans, it must be recognised that Project Big Picture is only the latest development in football’s decades long tendency towards commercialisation. In 1983, Rule 34 (the FA regulation that prevented football clubs from being floated on the stock market) was abolished, consequently putting clubs across the county up for sale. Since the 1990s, we have seen a gradual evolution in who buys English clubs. In 1991 it was Jack Walker, local boy turned millionaire, buying Blackburn Rovers. In 2003 it was Roman Abramovich, Russian oligarch, buying Chelsea. In 2008 it was Abu Dhabi Group, effectively a shell company for a nation-state, buying Manchester City. Now, with nothing likely to trump a nation-state as a purchaser, it is the commodity that has changed. Whereas previously wealthy individuals bought clubs, now they want to buy control of the entire football pyramid.

If Project Big Picture had passed, football as we know it would have been bought from beneath our feet. It was an attempt to induce the English Football League (EFL), the representative body for the 72 league clubs outside the Premier League, into codifying six Premier League clubs as the dominant organisational and administrative footballing force in the country. The deal would have meant that only six Premier League clubs would be responsible for deciding how much financial support, in the shape of redistributed broadcast revenue, was given to the rest of the entire EFL. Meanwhile the proposed change to the loan system, allowing one club to have fifteen players on loan domestically at any given time, including four at one club, would give Premier League clubs a disproportionate influence over the footballing labour market. Rather than offering to provide assistance to cash stricken clubs out of a sense of social duty to the wider football pyramid, the Big Picture’s advocates were exploiting the misfortune caused to others by a global pandemic for their own benefit. Now, any solution offered from inside football will most likely resurrect these exploitative plans.

A conversation of the precise conditions under which financial aid will be given misses the main problem with English football. Clubs are mainly seen as a means of achieving vast financial rewards, whether directly, by climbing up the pyramid and earning greater broadcast revenues (though this normally results in unsustainable expenditure) or indirectly, by using the wide appeal of a football club to open up new commercial opportunities. This makes them attractive acquisitions, but often results in reckless spending and ruin.

Financially, many EFL clubs are treading water. That the majority of EFL clubs were eager to accept Project Big Picture either indicates desperation or a distinct lack of self-awareness. Simply giving EFL clubs money would have been akin to agreeing to fund an alcoholic’s addiction. And as Jonty Leibowitz argued in an article for Red Pepper, while the agreed salary cap in Leagues One and Two is a welcome addition, it is only a sticking plaster when it comes to addressing football’s wider financial woes. Likewise, a guaranteed revenue from higher up the pyramid does not encourage changes to operating practices, it simply makes football clubs, particularly cheaper ones in the lower leagues, more attractive to undesirable owners seeking what they think will be an easy profit.

When the pursuit of profit proves a failure, owners can very easily abandon ship and leave the football clubs themselves with a huge amount of debt. In the worst case, this can result in them passing into administration through no fault of their own. That so many clubs have recently undergone what looks a lot like asset stripping, for instance Bolton, Coventry, and Charlton, shows the dangers of an owner motivated primarily by profit. Were there to be a guaranteed source of revenue from the Premier League, an undesirable owner could buy a club, not invest, and just extract money in the form of dividends knowing a revenue stream is guaranteed.

Future negotiations must acknowledge that football clubs ran recklessly for the profit and vainglory of climbing the pyramid are doomed to failure, no matter how much money is chucked at them. Rather than genuinely attempt to solve this problem, the predatory clubs at the top of the pyramid will attempt to use it to their advantage. It is highly unlikely that the primary architects of Project Big Picture are going to abandon their objectives of cementing their administrative power and erecting barriers to future competition.

Predatory clubs are only able to target the EFL because of government inaction. The only entity that can prevent further financialisation of the game, and ultimately move towards a more sustainable and equitable structure for the sport, is the state. One alternative solution to the immediate financial crises (debt stands at £5 billion across the pyramid) would be for the government to act as an alternative creditor and bail out failing football clubs, just as they have bailed out banks in the past. These loans should be made conditional on precise terms and conditions, including transferring a certain proportion of a club’s shares into fan ownership, supporters on club boards, mandatory relegation clauses in player contracts,  and limitations on how much and in what ways money can be spent.

The Saving the Beautiful Game manifesto, proposed by a group including Gary Neville and Andy Burnham, also advocates the establishment of an independent regulator by the government and improving BAME representation on the field and in the boardroom. While the government would struggle to convince the Premier League to agree to this manifesto, as the Premier League would have no interest in ceding control, the government could convince the EFL to accede. Were the government to loan money to a sufficient number of EFL clubs, who are evidently desperate for money given their support for Project Big Picture, there would be sufficient leverage to persuade the EFL to accept a proposal similar to the Beautiful Game. Not only would this improve the state of much of English football, it would put the EFL and the government in a much stronger position for future negotiations with the Premier League.

All these proposals are eminently doable but they require a government that acknowledges football clubs are valuable social and community institutions. This is something that was accepted in 1899 when the precursor to Rule 34 was introduced but just over a century later is seen by many as outlandish.

With the state having long ago abandoned English football, clubs have been left exposed to the predators that sit atop the football food-chain. It speaks volumes that although the government condemned Project Big Picture, it offered no alternative. The EFL has nowhere else to turn, and out of desperation it may have to agree to a deal that will save it in the short-term but kill its independence in the long-term. Government inaction is leaving the game open to further wealth extraction, and the collapse of clubs that have been at the heart of communities for centuries. The government has seen the price of its inaction and must offer an alternative to the EFL, before it is too late.