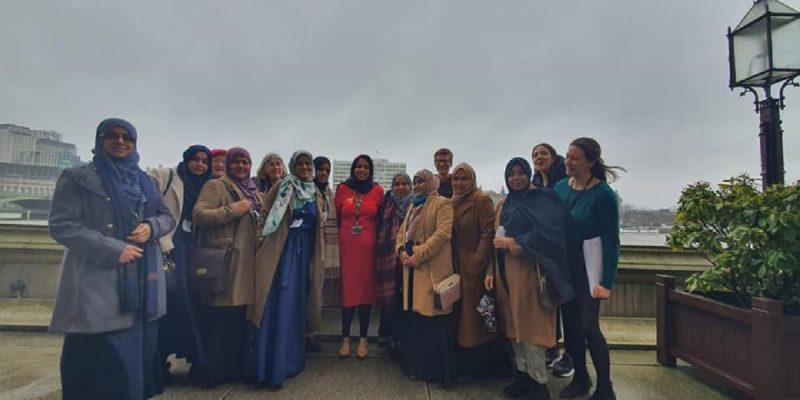 This month’s Government U-turn on funding free school meals over the summer was a welcome victory for the nearly 1.3 million children who were at risk of going hungry  – including 7,532 children in my constituency, Poplar and Limehouse.

However, it’s disappointing that we have had to spend so much time arguing for something so simple – making sure children who need food, get it. It took the persistent, high profile campaigning of Marcus Rashford to pressure the Government to give way.

This comes after years of austerity which has had a devastating impact on ethnic minorities so that around 45 per cent of BAME children now live in poverty.

As a British Bangladeshi MP representing a community that has been forced to endure the highest child poverty rate in the entire country, and where around two-thirds of the population are from an ethnic minority background, I understand first hand the urgency of addressing the specific needs of BAME communities.

The latest Public Health England report into the disproportionate impact of Covid-19 on certain groups at last recognises that factors such as racism and social inequality may have contributed to greater risks of catching and dying from the virus for BAME communities.

In truth it has long been clear to anyone who wanted to know that these systemic economic inequalities mean that ethnic minority communities are at a higher risk of being in poverty and so are particularly disadvantaged by health crises.

It has now been weeks since the part-censored review, reluctantly commissioned by the Government, finally officially identified major inequalities – including the alarming statistic that Bangladeshi people face around twice the risk of death that white British people face.

Many of us are very concerned as to why it has taken months for the Government to formally recognise what has been widely noted and commented upon, and why even now, no action has been taken.

Decisions and policies are still going ahead without transparent investigation into how they will affect particular groups and without confirmation that the situation for BAME people will not be made worse.

We have called for the safety of BAME workers, particularly NHS and care staff on the frontline, to be ensured. Not only are we yet to have justice for workers such as Belly Mujinga, many still are being forced to work in unsafe conditions. Shockingly, a study by the Royal College of Nursing even revealed that BAME nursing staff experience the greatest PPE shortages.

We have demanded urgent measures to safeguard the health and wellbeing of migrants – including an amnesty for undocumented migrants, an immediate suspension of NHS charging for migrants and the scrapping of the no recourse to public funds policy. Yet undocumented migrants in my constituency are still contacting me daily in despair, as the hostile environment continues to condemn far too many to destitution.

A few weeks ago, literally as people were calling out the state regarding racism, Islamophobia and discrimination, the Counter-Terrorism and Sentencing Bill which delays the long awaited review of Prevent – a policy that fosters discrimination against Muslim people and introduces significant curtailments on civil liberties – received its second reading in Parliament.

Likewise, three years after Grenfell – a catastrophe which exposed how little #BlackLivesMatter to the British establishment – there are still 300 high-rise residential and publicly owned buildings with unsafe cladding, including in my own diverse borough of Tower Hamlets.

The Westferry-Jenrick debacle is further evidence that this Government is more interested in serving billionaires rather than the local people in constituencies like mine.

From now on, every decision by Government or other public authorities needs to take into account the needs of BAME communities.

Meaningful equality impact assessments should be made public and consider cumulative impact, intersectional impact and the impact on individuals as well as households, and be based on evidence and consultation with those most likely to be affected.

Lockdown restrictions should not be eased further unless it is safe for everyone.

I continue to repeat over and over and over again: urgent and immediate action must be taken to address the unequal health and economic impacts of Covid-19 on Black, Asian and ethnic minority groups. Not tomorrow but today. The lives of the people of my constituency and of BAME people all over the UK matter. There must not be one more second of delay.

Apsana Begum is the Labour MP for Poplar and Limehouse. She is a member of the Socialist Campaign Group of MPs and the Education Select Committee, and was the first MP to wear a hijab