As expert commentators have amply shown, the coalition’s plan to privatise the NHS lacks any basis in evidence – no surprise there. What is less well recognised, and so far amazingly unmentioned in the debate, is that powerful evidence against privatisation exists on our own doorstep – namely, the fact that in Scotland and Wales the NHS is working well as a publicly provided and managed system, based on planning and democratic accountability.

Marketisation was tried, especially in Scotland, and rejected. The purchaser-provider split, which is at the root of the marketisation project, was introduced but then abandoned in both nations, and neither foundation trusts nor payment by results were introduced in either of them. PFI was used in Scotland under the first Labour government in Holyrood, and one private treatment centre for NHS patients was opened, but the SNP has since scrapped the use of PFI and taken the treatment centre into public ownership. Wales has used neither PFI nor private treatment centres. The NHS in both countries is once again planned and managed through a mix of democratically accountable central and local structures, as it was in England before the 1990s.

This doesn’t mean that the NHS in Scotland and Wales has reverted to the past. On the contrary, in both countries the NHS has been modernising, but in very different ways from those being promoted in England. Instead of fragmenting the NHS and opening it to commercial competition, Scotland and Wales have opted for democratic and accountable planning. There, the drivers of change are: a) the input of medical specialists and GPs (rather than businessmen) on the area and local health boards where key policies are developed; b) the input on the boards of community health and social care/social work staff, crucial for integrating primary and secondary care efficiently; and c) in Scotland, input from members of the local community, elected to the boards on a trial basis since 2009. Scotland has also banned the provision of GP services by for-profit companies.

The restoration of full political responsibility for health services has led to further democratising or redistributive measures, including the abolition of prescription charges and the abolition of charges for personal care in Scotland, and their radical reduction in Wales. Equally significant, and contrary to the claims of marketisers in England, health services in Scotland and Wales have steadily improved, on various measures, including waiting times. Scotland’s have been among the shortest in the UK.

The contrast with England – where the NHS is now being driven into decline and, increasingly, into chaos, in the interest of privatisation – is dramatic. If ‘what matters is what works’, as Tony Blair liked to say (confident that the catchphrase was enough to justify privatisation), it is actually publicly-provided and democratically-managed health services that do so, and the evidence for this is right here in the UK.

There is a wider lesson here for everyone concerned to defend the public sector. It shows the state working in its active role as the agent and shield of the majority. This needs emphasising. After 40 years of ideological onslaught, the very idea of ‘the state’ is close to joining others, such as ‘collective’ (not to mention ‘socialist’, and even ‘left’), in the depository of Unclean Concepts. ‘State bad, private good’ may be a crude slogan but it is the very real starting-point of many politicians and most media commentators and BBC interviewers today, from John Humphrys down.

‘State’ is so often coupled with ‘nanny’, ‘bureaucratic’, ‘inefficient’, ’wasteful’ or some other negative adjective, that this hardly raises an eyebrow. It is never called ‘rational’, ‘efficient’, or even ‘democratic’ – even though commentators and interviewers like to stress the accountability of government (state) to parliament (also part of the state, and always called democratic) when criticising extra-parliamentary forms of political action.

Elements of the state that the corporate world likes and needs are usually treated as somehow not part of the state. The armed forces, the police, the judiciary, the monarchy and the Church of England are never described as part of the nanny state, or as being bureaucratic or inefficient. The nanny, inefficient etc state just means, in practice, those parts of the state that provide social and cultural services for everyone – schools, social services, and not least the NHS – and that the right doesn’t like.

The effect of this incessant drip of denigration is to narrow down our concept of the state to just these parts of it, and to make us at best indifferent towards them. We unconsciously absorb the idea that they are by nature bureaucratic, inefficient, monopolistic and so on. Every fault they exhibit tends to be accepted as evidence of an inherently defective institution. We stop seeing them as the historic collective achievements they are, as expressions of what a mature society can accomplish through collective effort, achievements we have a collective responsibility to protect and sustain. Above all, we are conditioned to think that if they need improving, we ourselves can have no role to play in doing so – and that the only route to improvement is via privatisation.

Yet the NHS in Scotland and Wales provides a dramatic contradiction of this whole way of thinking. The Scots and the Welsh have used their devolved powers to keep and develop the NHS as part of the state. This is partly a reflection of the stronger hold of solidaristic and democratic values in Scotland and Wales – including within the political class and the commentariat, and the medical professions. It is also due to the fact that the voting system in both countries helps the majority to get the policies they want.

It will be important to follow what further improvements are achieved in Scotland and Wales – and how what counts as an ‘improvement’ is defined when it is patients’ needs, rather than business values, that are the measure of it. At the same time we should not expect improvements to run ahead of changes in other parts of the state in Scotland or Wales.

The state was famously defined by the young Karl Marx as ‘the table of contents of civil society’: it registers the balance of social forces, and the level of democracy, solidarity and civic energy that exist in the wider society. Without an expansion of the notion of democracy beyond the skin-deep variety, consisting merely of periodic heavily-managed elections, the progress made with the NHS in Scotland and Wales is bound to run up against limits set by the wider context.

Yet the progress already made could itself encourage experimentation in other fields, from education to central government. And it offers a badly-needed antidote to right-wing ‘Anglo-Saxon’ ideology. At the very least, the ‘Celtic’ NHS shows that the state can be a democratic, rational, progressive state – if we want it to be.

Colin Leys and Stewart Player’s new book, The Plot Against the NHS, was recently published by Merlin Press. It contains more details of what’s different about the NHS in Scotland and Wales 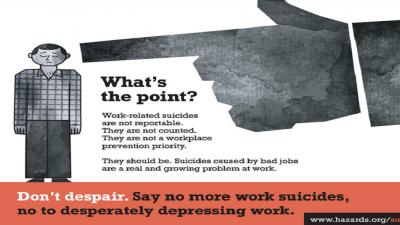