A neighbourhood Committee in Defence of the Referendum meets

It has escaped almost all commentators in the international media, but the crisis in Catalonia is now potentially evolving into something much bigger than the break up of the Spanish ‘Kingdom’.

Of course, the defense of Spain against the political and importantly economic secession of Catalonia is the primary reason for the remarkable level of repression we’ve seen. After all, Catalonia is a major earner for the Spanish state. But the current struggle for the referendum cannot be simplistically thought of merely as a ‘bourgeois revolution’, a term that is repeated in less sophisticated left analyses.

The threat of secession also carries a much more significant hope for anti-capitalists and socialists across Europe and –along with Greece – is perhaps the most significant example of popular struggle for alternatives that has been seen in Europe for many years.

The attempt to hold the referendum on Sunday (1 October) will be followed by an indefinite general strike, starting on Tuesday. The strike is currently supported by the three major left unions, the CGT, IAC and COS. A broad coalition of radical social movements is backing the strike and includes people working in the social enterprise and co- operative economy.

Although for legal reasons this strike is officially a labour dispute, it is being called for a political purpose. It is being held to force the Spanish government to stop the police repression and to prevent militarisation – the likely deployment of tanks and water cannons, in addition to the thousands of armed national police and Guardia Civil that now patrol the towns and cities of Catalonia. It is perhaps the first large-scale workers’ strike against state repression in Europe for over 40 years.

Already the resistance to the clampdown has seen the dock workers and stevedores unions refusing to touch the boats that are docked to accommodate the armed police. Firefighters have promised to protect demonstrators from police violence by organising ‘perimeters of protection’. Farm workers are planning a series of actions using tractors to block roads and disrupt police operations.

The level of solidarity and cooperation between firefighters, other emergency service workers, farm workers and dockers is likely to make the mobilisation of the national police force and the Guardia Civil very difficult indeed.

It is the left independence movement in Catalonia that must take credit for pushing and cajoling and ultimately forcing the centrists and a large section of the business and political elites to this decisive moment. The referendum would not be happening on Sunday without the shrewd agitation – inside and outside the Catalonian parliament – of the largest left party in the regional parliament, the Popular Unity Candidacy (CUP).

The ten CUP members of parliament have constantly harassed and embarrassed the centre into action. Indeed, official support for this referendum was initiated by CUP last year secured only after the Catalonian government finally agreed a deal in parliament.

The old order must go

The most immediate threat to the old order lies in the recent experience of concrete, workable alternatives to a political and economic system that sustains a corrupt and bankrupt elite. The ‘municipal socialist’ movement, including en Comu and CUP, has 15 mayors in councils across Catalonia that work on a model of participative democracy and act on the decisions of regularly held local popular assemblies. Whilst en Comu never supported the referendum, many of its members did, and it is now gradually taking part in what it calls ‘a mobilisation.’

Outside the political institutions, the broad front of the left independence movement seeks independence for communities, based on one demand: that the old oppressive order – the rule of elites – must go. This movement is not demanding that institutions of government, of law and of economy are reformed to establish some kind of brave new ‘Catalonia’. This movement is demanding, in the words of one CUP activist, that ‘capitalism and patriarchy are swept away’.

Feminist collectives and feminist social centres in Barcelona have been centrally involved in the preparation for the general strike, calling for a strike of both productive and reproductive forces.

The role of organisations representing migrants has also been significant. A number of migrant collectives including ‘Papers for Everyone’ are taking part in the meetings agitating and preparing for the general strike, and they have also been part of the human barrier protecting the CUP HQ from the Guardia Civil. For obvious reasons, many participate anonymously, but others participate as a collective making public statements against police repression.

Growing in every neighbourhood

A growing coalition of community-based activists – social activists, feminists, migrant solidarity campaigns, anarchists and socialists – have over the past few days begun to establish ‘Committees in Defence of the Referendum’ in neighborhoods. These new organisations provide an ongoing model of participative democracy that could outlive the referendum and gives people a chance of building new institutions and new forms of organising.

These very localised organisations, ranging in size from 10 to 150 people, are acting as guardians of polling stations, and using civil disobedience tactics to defend the right to vote. This involves flyposting, telling people where they can vote, setting up phone networks and legal advice, and providing a physical space for activists to rest, to cook and to eat. Those organisations are growing in every neighbourhood of the largest cities and in every town in Catalonia.

There are probably three possible scenarios that will emerge the coming days. The first is that Spain wins: that it is successful in wiping out the resistance with a major re-centalisation of the state and the wholesale erosion of civil rights. The second is a compromise between the Catalonian and Spanish political and business elites after 1 October, which might have disastrous implications for the left.

[related]The third, however, is that the presence of large numbers of people on the streets and a general strike that not only defensively challenges Spain’s repression, but opens more space for alternatives to the oppressive and crisis-ridden social and economic order.

In this scenario, the battle for independence in the ballot box will be quickly replaced by battles for control in workplaces and in neighbourhoods. Of course, the real outcome will probably be some unstable equilibrium of those scenarios. It is not beyond the realm of possibility though that the ‘Committees in Defence of the Referendum’ will be replaced by ‘Committees in Defence of the Revolution’. 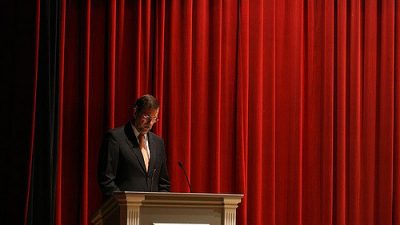 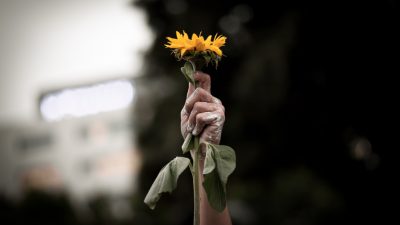 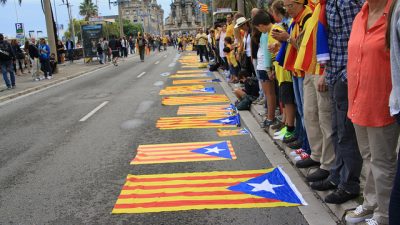