Salford riots: ‘We need to show a better way’

A lot of people are still nervous in Salford. And angry. Some older residents who live in the tower blocks and tightly-packed terraces surrounding Salford Precinct, where the riots finally flared after three nights of national unrest, remain frightened of collecting their pensions from the shops.

Four weeks on from the riots, a community committee meeting at the nearby Emmanuel church opens up its speakers’ panel of ‘service providers’ – police, the council and so on – to questions from the floor. Up for discussion is the extension of a dispersal order enabling police to break up groups of more than two youths if thought to be anti-social and the creation for ten weeks of a football space near the precinct.

Some in attendance are not happy. For one thing, the zone covered by the dispersal order does not go far enough for their liking. ‘We had hundreds running riot through the streets, not even wearing balaclavas,’ says one woman.

Operational practicalities won’t allow it, replies the man from Greater Manchester Police, explaining that ‘the problem with expanding a dispersal area is: where do you stop? Usually you’re against the order,’ he adds. ‘Now you want us to extend it.’

One panel member praises how effectively different public agencies have worked together in the aftermath of the riots, and wins unanimous applause from the room. But after the meeting some criticise the reliance on ad hoc remedies to cure public ills. ‘We don’t need ten-week projects for the youths. We’ve had them for years. What we need in Salford is continuity of services,’ says Anne Cosgrave, former chair of the Nursery Street Tenants and Residents Association.

Her point is echoed by a member of Salford’s youth service. ‘When you’re working with young people . . . it takes time to build up that relationship of trust.’ Funding for longer-term provision is increasingly thin on the ground and decisions over where to place it are often dictated by the council hierarchy.

Salford’s neighbourhood forums provide one of the few mechanisms through which communities may set their own priorities. The forums allow residents to allocate small pots of funding through devolved budgets – though despite the government’s talk of ‘local empowerment’ much of their funding has been axed. Through them communities can take some small steps to deal collectively with issues such as directing provision for their young as an alternative to punitive measures.

The youth service worker notes how, prior to the riots, in one inner-city community ‘the residents . . . decided that they didn’t want a dispersal order. That said a lot to me about how they felt about their young people – it is quite a close community in that particular area.’

The forums’ inclusive nature should not be overstated. Divisions between young and old remain and few under the age of 20 attend their meetings. Thirty per cent of young people are out of work in Manchester and Salford, and troubling divides within communities can result. ‘When there isn’t work you don’t get crossover with young people and adults,’ explains the youth service worker. ‘If they have no inter-generational relationships, then that’s a problem. We need to be doing things where older and younger people are meeting together.’

Working class communities have come under extraordinary stresses over the past 30 years. Alan Turner, a youth worker who works with young offenders in Manchester, points out how ‘you see some great examples’ of communal action to improve areas, such as the creation of community gardens in streets protected by alley gates. But too often ‘it fades out once the money isn’t there. Residents are meant to run it themselves but it’s trying to mend the bits of society that have been smashed to smithereens.’

Worries about gaining a criminal record can seem remote for those who never expect to have a job. Turner says the people who participated in the riots ‘didn’t think of the consequences for themselves because they don’t see a future life. It’s not just services that have been taken away, but aspiration.’

Though few could ‘articulate why they got involved if asked off the cuff’, Turner cautions against denouncing their motives as ‘mindless criminality’, pointing out that what may seem like careless nihilism is often a survival mechanism. ‘Some are in criminal life and gangs, and they went to show they’re not afraid to other gangs. Some were inquisitive, and went to see what was going on and got sucked in. We need to show a better way.’ 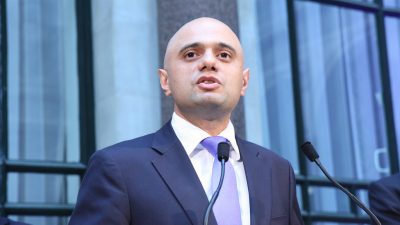 They make the Hostile Environment even more hostile, writes Mishka

An abolitionist politics seeks to end the violence of the state in systems like prison and immigration detention, and build towards a world without them, write Ru Kaur and Ali Tamlit