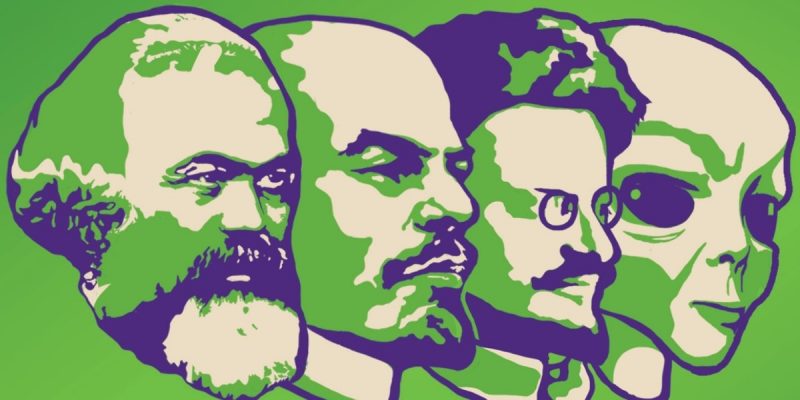 The X-Files, like many long-running shows, thrives on contrasts: the grounded medical doctor Dana Scully drafted in to constrain and tail her alien-fixated, conspiracy-obsessed FBI colleague Fox Mulder being the most obvious. But each episode falls into one of two camps: the ‘monster of the week’ episodes, which unsurprisingly show a new unexplained phenomenon or creature terrorising usually mundane communities; and a ‘mythology’ arc, tracing a widespread, confusing, all encompassing plot to take over the globe.

The appeal of The X-Files is more than simple escapism and horror. The depiction of various governments as beset by both jobsworths and actively deceptive forces intent on gaining individual power in exchange for widespread harm is one that fits most people’s perception. Even those who don’t believe the government covered up an alien crash at Area 51, or that the moon landing was staged, fully accept that government narratives are carefully constructed and embroider the truth for political gain, as well as deceive by omission.

But the show also persists with a counterintuitively hopeful bent, of planes of existence, possibilities, and futures that pessimism and nihilism would discount out of hand off screen. Yes, an alien invasion may wipe out humanity and if – as Scully believes – God exists, you may be cast into hell upon death. But even the possibility of making contact with different life forms, or the existence of higher beings, is a more exciting concept than day-to-day life usually offers.

Little green men may not feature in many leftists’ policy considerations, for understandable reasons: it’s difficult to find the time to get exercised about the democratisation of space, or fixated on alien life, when the immediate aim of socialism in the modern day is to alleviate poverty, inequality and suffering, especially in a pandemic. But the politics of space has continued unhindered by the coronavirus pandemic, with western powers claiming China and Russia are sabre-rattling and considering nuclear attacks on space stations – a continuation of the new cold war rhetoric that has ramped up hugely since the first appearance of the virus. If the political right is concerning itself with domestic as well as extraterrestrial politics, at least some parts of the left should consider a response too.

The truth is out there

Step forward J Posadas, who inspires A M Gittlitz’s book I Want to Believe: Posadism, UFOs and apocalypse communism. Posadas arrived at Trotskyism ‘as an alternative to the counterrevolutionary positions of social democracy and Stalinism’, and is usually little known, or reduced to memes about alien invasions and nuclear-powered dolphins by the left.

Gittlitz attempts to rescue Posadas’s ideas from this niche and prove their enduring relevance, arguing ‘the nihilistic posture of today’s youth … combines a recognition of the failures of the past century with an inability to imagine beginning anew … Insurrection or first contact could come any day, Marxists and ufologists both tell us, but both are far more likely if we desire them.’

At its core, this is true: but a mass movement is far more likely to manage to overthrow a tyrannical government than develop the technology to contact other life forms in the universe. Both involve chance but the probability of an alien race contacting Earth, or vice versa, remains far lower than that of the left taking power.

After a catastrophic election in Britain and a global pandemic, could Posadism ‘represent a flash of hope amidst the climate crisis, massive displacement of refugees, the return of ethno-nationalist myths, fascist strongmen and senseless nuclear proliferation?’ The hope inherent in the escapist charm and appeal of The X-Files is there in his most famous theories, but Gittlitz points out they do not necessarily translate into action. Dismissive of what he claims is ‘the hashtag activism of Black Lives Matter, Occupy, etc’, he points out the right have harnessed the potentials of online vitality far more effectively than the left: ‘Duterte, Farage, Trump, Salvini, Duque, Bolsonaro and Boris Johnson each rode a corresponding revanchist wave of xenophobia, misogyny, homophobia, nationalism and law-and-order authoritarianism to power.’

Posadism, on the contrary, is anti-xenophobia in nature by showing ‘xenophilia for immigrants and refugees, queers, extraterrestrials and nonhuman animals – but a rejection of the fundamental divisions Marx described as the “fourfold alienations”: the separation of humans from themselves, individuals from one another, social groups and populations from one another, and humans from their world.’ The problem for readers, again, is how precisely to turn these arguments into the action demanded.

The most interesting argument advanced in the book surrounds the uses of irony and the joke in history. The author cites philosopher Simon Critchley, examining how the modern left engages in understandable black humour, rather than the more mainstream tendency to punch down on targets within society. History itself is often a series of bleak jokes and, for many people, the stress of both political-historical struggle and day-today survival is too much to bear without self-effacing or cathartic humour.

It makes sense, then, that Posadism has created far more memetic than serious theoretical responses. When you are struggling even to ensure that your local community is able to eat, the idea that you would concentrate on theorising about future revolutions and communism incorporating aliens and the rights of dolphins is bleakly hysterical and a merciful relief.

As Gittlitz states, Posadas’s unwavering belief throughout his life was that revolution was imperative and inevitable. Contemplating everything that could be possible after capitalism is overthrown and human suffering and environmental collapse have begun to be addressed is appealing but not immediately necessary. But then neither are many things.

The X-Files is often completely ludicrous and deeply imbued with black humour, but it’s enjoyable because it seeks to explore the human condition and relatable emotions and experiences in absolutely other-worldly and supernatural scenarios. Melding the two together is a simultaneously human and extraterrestrial experience. There is no reason the left shouldn’t engage in the occasional indulgence of UFOwatching alongside the hard work of organising.

Dawn Foster is a broadcaster and staff columnist for Jacobin magazine. This article originally appeared in issue #229 ‘No Return to Normal’. Subscribe today to get your copy and support fearless, independent media.