18 August 2020 The recent wave of local election victories in France demonstrates the potential of municipalism, argues Xavi Ferrer, Elena Arrontes and the Collective for Global Municipalism

24 December 2018 The 'yellow vests' revolt in France has targeted centrist president Macron, but left wing opinion has been divided over its unclear politics. Paul Cudenec reports from the protests – and finds a community spirit that bears little resemblance to the media's depictions

Revenge against the commons

8 July 2018 In France, a fight against a new airport has morphed into a defence of new ways of living. John Jordan reports from inside an ‘autonomous zone’ under attack by the state. Photographs by Penelope Thomaidi

11 May 2017 In an interview with the TNI's Nick Buxton, social scientist and activist Susan George reflects on the French Presidential Elections. 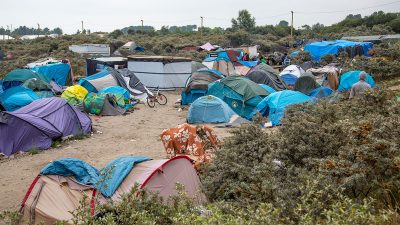 Breakthrough of the Left Front in France

16 February 2009 John Mullen looks at the new hopes on France's radical left, where two new left parties and a looser federation are being founded

10 January 2009 There's been surprisingly little discussion in the UK on the launch of the 'new anti-capitalist party' in France. Jim Jepps spoke to John Mullen, the editor of Socialisme International, to find out more

The left has only itself to blame

Why French and Dutch citizens are saying NO

1 June 2006 The French referendum on the EU constitution takes place on 29 May, followed by a similar referendum in The Netherlands on 1 June. Opinions polls show the 'no' side edging ahead, but in both countries it's still too close to call. The following virtual interview is based on presentations given at the Transnational Institute (TNI) Fellows' Meeting in Amsterdam on 21 May.

1 November 2005 In 1991, after violent riots between youths and police scarred the suburbs of Lyon, French sociologist Alain Tourraine predicted that 'it will only be a few years before we face the kind of massive urban explosion of the American experience'. The 12 nights of consecutive violence following the deaths of two young Muslim men of African descent in a Paris suburb indicate that Tourraine's dark vision of a ghettoised, post-colonial France is now upon us.

1 September 2005 The French response to 'Islamic terrorism' after the 1995 Paris metro bombing is often held up as a model. But there is strong evidence that the attacks were part of the Algerian government's 'dirty war' on its opponents.

Non de gauche: the French Left after the referendum

1 July 2005 The French No vote in the 29 May referendum on the European constitution had immediate consequences, both for the fate of the treaty and for domestic politics. But this was no mere mid-term protest against an unpopular government, nor further evidence of France's famed 'ungovernability', the fact that no government in the last thirty years has lasted more than one term in office. It actually marks an important staging post in the making of a new Left on the terrain of capitalist globalisation.

French Hijab ban: one year on

1 May 2005 Naima Bouteldja on why French Muslim school children are not celebrating the first anniversary of the 'headscarf ban'.