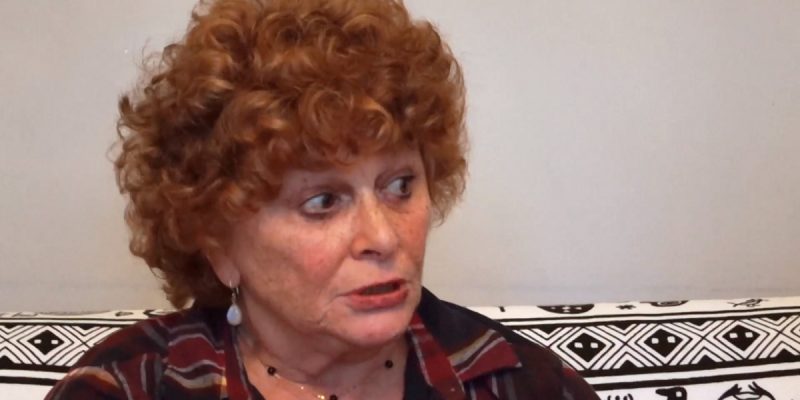 It is with the heaviest of hearts that I have to write, yet again, about being a Jewish member of the Labour Party in Jeremy Corbyn’s constituency. So let me tell you at once that it has been terrible, almost unbearable. We have had to watch a wholly false, but soon unstoppable, invention of charges of antisemitism against our MP, with our own views as Jewish members completely ignored.

Right now, along with the many other Jewish activists I know in Islington North, I am simply devastated that this process has climaxed in the suspension of our cherished MP, and former leader. It’s so hard to accept that I must repeat again what every Jewish member I know in Islington North has frequently confirmed and it is we who actually know and regularly meet with Jeremy Corbyn – unlike most of critics. What we can confirm is that as Jews in North Islington we have always felt more than safe, more than welcome, unfailingly supported, in everything we do in the borough, and the Party. As it happens, we often feel this all the more strongly as Jews, knowing that ­– unlike Corbyn – many who choose to speak in our name completely disrespect our commitment to fighting antisemitism and racism of all kinds in struggles for a better world, including the vital struggle for Palestinian rights.

Personally, I have known Jeremy Corbyn since helping to get him selected, then elected, almost 40 years ago. However, battles to discredit Corbyn as antisemitic began some three decades later, after, and only after, his quite unexpected victory as leader of the party; indeed, from the very day of his victory. Methods first used by Corbyn’s opponents were the routine ways of attacking the radical Left, as ‘unrealistic’, ‘unpatriotic’, and so on. However, after his relative success in the elections of 2017, these easily verifiable systematic attempts were hugely amplified in order to undermine his leadership. Indeed, they moved into orchestrated denunciations that he was presiding over a party that was ‘institutionally antisemitic’. It is obviously much harder to refute an accusation that easily triggers panic and paranoia, placing those trying to assess the situation in the line of fire, even when Jewish.

Until very recently, the real prevalence of antisemitism in any political party remained unaddressed. It was only in the last few years, under Corbyn, that continuing investigations into antisemitism began in the LP. Tragically, this served as much to confuse as enlighten people, in ways too numerous to list here, but clearly tied in with Corbyn’s support for Palestinian rights, and the later introduction of the IHRA definition of antisemitism making it difficult to distinguish legitimate criticisms of the Israeli state from what might be declared antisemitic.

So, let me provide a few pertinent facts. Over the years, Corbyn has had mutually supportive relations with the practising Jewish community in Islington, attending Shabbat dinners with the orthodox Chabad Rabbi, Mendy Korer, and attending numerous other official Jewish events in North London. Against some local resistance, Corbyn promoted the installation of a plaque on a demolished synagogue site in 2015 to celebrate Jewish life in the borough. Unlike most of his critics in Westminster, Corbyn unfailingly turned up to vote for motions addressing antisemitism in Parliament, just as he worked tirelessly against racism on every front.

This is precisely why few people are more supportive of Corbyn’s overall political project than those Jews in the LP who remain on the Left, and there are still many of us. Finally, though it is so hard to unearth, buried under mountains of misinformation, comparing two YouGov polls on antisemitism in 2015 and 2017, reveals that antisemitism had significantly declined within the LP under Corbyn.

So, let’s be clear: there is antisemitism in the Labour Party, as the recent report found; there was also some interference in the speed with which complaints were handled (though details of the nature of this interference remain ambiguous). At the same time, it is obvious that Corbyn faced an unrelentingly hostile campaign of disinformation, as compellingly confirmed by media research led by Justin Schlosberg and Laura Laker. Corbyn accepted the evidence provided by the EHRC, and said it should be acted upon. And though others may feel his timing was poor, in my view it is understandable that Corbyn should attempt to reassure Jews that the extent of antisemitism in LP had been grossly exaggerated in the media and by others not as a way to opposing antisemitism, but rather as a way of attacking him.

We should all be able to agree that any such practice undermines the importance of the very struggle it claims to support, as when the media, in line with Corbyn’s critics, promoted the false belief that 34 per cent of the LP had been accused of antisemitism, when in reality it was 0.3 per cent (exaggerated by a factor of 100).

Finally, if Starmer wants to follow the suggestions of the EHRC he will reinstate Corbyn forthwith. This is because that document explicitly protects freedom of expression, with enhanced protection under Article 10 to protect LP members who ‘express their opinions on internal Party matters, such as the scale of antisemitism within the Party, based on their own experience and within the law’.