Review – What Should We Tell Our Daughters?

19 December 2013 Kate Pickett and her 19 year old daughter Bronwen Pickett review What Should We Tell Our Daughters? by Melissa Benn.

We can win: stories from 50 years of struggle

#copsoffcampus at the University of London

The Poverty of Capitalism: roundtable

9 December 2013 Red Pepper reports back from a lively event held in London to launch John Hilary’s new book The Poverty of Capitalism. Joining him for a roundtable discussion were Doreen Massey and Francisco Dominguez

A cool look at climate 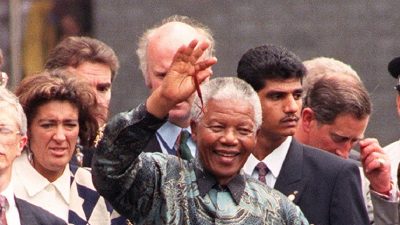 6 December 2013 When Nelson Mandela came to Britain, the one place he visited beyond Westminster and Buckingham Palace was Brixton – and he had a rapturous welcome. Here Darcus Howe looks back at how the anti-apartheid movement interwove with the experience of black people in the UK

To do justice to Mandela’s life, the struggle must continue

5 December 2013 Brian Ashley of South Africa's Amandla magazine says that in the battle to overcome inequality and achieve social justice, we will need many more Nelson Mandelas

Nelson Mandela: a man who showed that individuals can make a difference

29 November 2013 Bob Gaunt visits an exhibition about change in real and imagined cities.

How the corporate elite win the class war

22 November 2013 Protests for better healthcare on an archipelago off the coast of Chile demonstrate the successes of local mobilisations, but also the failures of the larger social movement, write Rosalind Adams and Charlotte Sexauer

Event: What next for Greece?

20 November 2013 Join us for an evening of discussion at the London book launch of 'Crucible of Resistance: Greece, the Eurozone and the World Economic Crisis', Monday 25 November.

House party to bring down rents

Dirty Wars: The World is a Battlefield

18 November 2013 Jeremy Scahill's new film details the damaging rise of U.S. drone use and covert operations across the globe and makes its UK premiere on November 29

Editorial: The powers that see

16 November 2013 While surveillance may feel vast, looming and obscure, writes Michelle Zellers, it isn’t separate from the other battles we’re fighting

16 November 2013 The pedlars of gates, alarms and CCTV have an ever-growing business. It’s the community that pays, according to research by Anna Minton and Jody Aked

16 November 2013 Michelle Zellers spoke with Medea Benjamin, author of Drone Warfare: Killing by Remote Control and founder of the US-based anti-war group Codepink, who was arrested in May for interrupting Barack Obama’s speech on his drone programme

Menwith Hill: Drop the base

16 November 2013 The NSA’s base in North Yorkshire goes unnoticed, even in the wake of Edward Snowden’s revelations. Lindis Percy discusses the fight for accountability

GCHQ: Any phone, any time

After Snowden: protecting our data

14 November 2013 A police raid exposing the scale of worker surveillance within the construction industry galvanised workers to take action. Ewa Jasiewicz speaks to those organising against the blacklisters.

‘Our feminism will be intersectional or it will be bullshit’?

9 November 2013 Laura, a member of the Feminist Fightback Collective reviews a workshop at the Feminism in London Conference this autumn.

28 October 2013 Comedian Kate Smurthwaite explains why we must continue to fight for a woman's right to choose.

Chinatown Vs The UK Border Agency