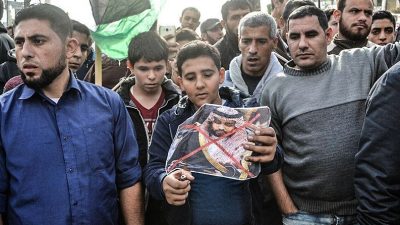 12 July 2018 The ties which bind the 'special relationship' between the UK and the US are a toxic mix of militarism and free trade. By Andrew Smith

16 May 2018 BAE Systems weapons have been involved in countless atrocities - and we saw board members doing rhetorical backflips to avoid accountability, writes Andrew Smith from Campaign Against Arms Trade. 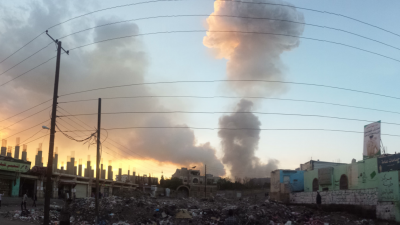 Three years into the war in Yemen, the UK has blood on its hands

26 March 2018 The government continues to provide Saudi Arabia with the weapons it uses to kill thousands of Yemeni people. By Andrew Smith from Campaign Against Arms Trade

15 January 2018 Andrew Smith from Campaign Against the Arms Trade gives the run-down on one of the UK's most profitable - and most deadly - industries.

Selling repression around the world

24 March 2015 Andrew Smith and Matthew Burnett-Stuart focus on the UK's role, and that of UK arms companies, in promoting tear gas and weapons for state repression around the world.

Museums exist to serve the public, not the arms trade

24 December 2014 Our most famous museums and attractions are giving practical support and a veneer of legitimacy to the arms industry, writes Andrew Smith

The arms trade must be kept out of Remembrance Day

5 November 2014 Andrew Smith and Matthew Burnett-Stuart from Campaign Against Arms Trade look at the role of arms companies in World War One and how they are trying to exploit Remembrance Day.

2 October 2014 Following the attempted suppression of protests in Hong Kong, writer and researcher Nicholas Gilby and Andrew Smith of Campaign Against Arms Trade (CAAT) consider the UK's involvement in the violence and call for an end all arms sales to Hong Kong.

Keep water cannons off the streets of London

12 June 2014 Water cannons are weapons, writes Andrew Smith – they should have no place in the capital