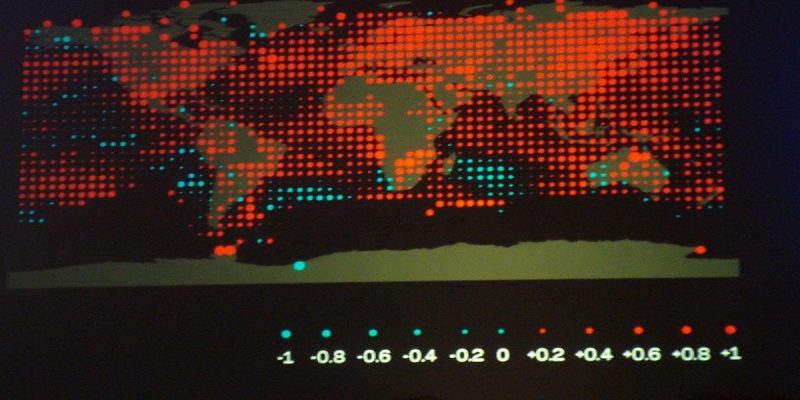 Power can lead to such overweening confidence that its holders believe they can avoid the world as it is if it doesn’t fit their plans, invent a fantasy and expect everyone else to believe it too. Donald Trump has used every weapon at his disposal to uphold his fantasy. Boris Johnson acts as if pure optimism and hyperbole will do the trick.

How do we reverse this process? Bolivia gives us an example in practice. In the US, a shared sense of a reality independent of the president’s wishful fantasies is being precariously restored by the existential threats whose importance Trump dismissed: the Covid-19 pandemic and climate change. With loved ones dying and evidence of their own vulnerability, many voters have wanted to know ‘the science’, and finding there is no single, simple science, have educated themselves to assess different opinions. The idea of truth or falsity has begun to pervade the political culture and produce a questioning of the lies endemic to the Trump regime.

But the truth will not win out spontaneously, and our strategies will be more effective if we can cut through the confusions caused by the powerful. Ted Benton, emeritus professor of sociology at Essex University, has thought about questions of truth, science and the existential threats involved in our relations with the rest of nature. Unusually, for a sociologist, he has a background in both philosophy and the natural sciences. We asked him to share these thoughts against the background of today’s confusions.

There is a place for the ‘search for the truth’. Where people in power are protected by a smokescreen of sympathetic media, independent research to expose their lies and corruption is essential to critical oppositional politics. The trouble comes when ‘the truth’ is claimed by a metaphysical or religious system – as something above and beyond daily experience and practice. I prefer, therefore, to use terms that relate more to mere mortal existence. For me science is a practice that aims to get deeper and ever-more reliable ways of understanding the world. This recognises there is a world that exists and acts independently of our understanding but is also accessible to our human-made methods of enquiring into it and testing our thinking.

The fluidity of science

The government’s mantra, ‘We follow the science’, was always a problem. We know now ‘the science’ is not one thing. You have to square this circle of thinking of science as a method of producing knowledge that is reliable but at the same time provisional. It is always going to be open to refutation as more evidence comes in, or as thinking developed in one science impacts on another, and so on.

Scientific knowledge can be fluid. For example, Gordon Brown promoted diesel vehicles as good for avoiding air pollution. It turned out, however, that it was also bad in terms of CO2 emissions and the decision had to be reversed. Regulations that affected the car industry on the basis of one environmental consideration had to be reversed because the science proved inadequate.

Once you’ve accepted that knowledge is by its nature provisional, there is then the question of how to handle that. The precautionary principle is the obvious way. If there is good reason to believe something might be dangerous, we ought not to do it until more evidence comes in.

This debate is currently going on over government deals with the US on food and agriculture. European food safety standards are based on the precautionary principle. To get processed food into the market you have to show that it is safe. In the States, to stop it getting into the market you have to prove that it is not safe. There’s a huge difference. There might be uncertainty in both cases, but one puts people’s safety first, while the other protects powerful business interests.

This fluidity raises the question of what can be a sufficiently strong case for action? When enough evidence has come in from enough different sources, and when the theory is developed that allows you to explain and predict a phenomenon – for example, climate change – at what point is it just irrational to deny it?

If you’re going to seek policies on climate change that make significant demands on how people live, you have to find a way of saying the science overwhelmingly shows these are necessary, while recognising we could be wrong. Science is itself a social process. There is always going to be debate among scientists.

I think the really interesting question just now is the extent to which followers of populist right leaders are impervious to evidence contrary to the narrative they have committed to. This is probably something that applies to all of us. Most of us have frames of ideas, beliefs, commitments, values, and may therefore become committed to particular projects and particular leaders. Everyone is reluctant to accept evidence that challenges beliefs that go deep.

This is taking a particularly extreme form at the moment. You hear Trump supporters give a kneejerk dismissal of any challenge to a pre-existing position – it’s a ‘hoax’ or ‘fake news’. Any kind of economic argument about the consequences of Brexit got dismissed as ‘project fear’. These are instant dismissals that avoid considering evidence. That relates to the way people’s identity is so deeply engaged with the project. It becomes intolerable to countenance contradictory evidence, raising questions about our contemporary political culture.

Quite a lot of the politics of emancipation has insisted on the centrality of personal experience. Yet there are ways in which one would want to question it. Taking account of personal experiences and meanings – for example, of those suffering oppression or exploitation because of their class, sexual orientation or ethnicity – and saying those have to be central to any adequate understanding, is not to say that they are beyond criticism and that they can’t be related to the unseen structural causes of those experiences. For this you need a notion of an underlying power structure, social structure, economic structure, that actually shapes the way we feel and think and experience things, while not determining it.

The increasing centrality of our relation to the rest of nature to political conflict offers a major new prospect for revitalising the politics of the left. Species extinction, climate change and the pandemic are existential threats that cannot be addressed without engagement with natural science. But this takes us beyond engagement with the natural sciences, as policy responses immediately ‘reveal’ that certain jobs, poverty and overcrowding carry more risk, so class inequalities, racial and ethnic disadvantages and discrimination come to the fore in public debate.

All of this involves new knowledge about how the world is and how it could be. However, this alternative way of understanding the world and its possibilities will not automatically ‘reveal’ itself and could be lost as powerful institutions restore neoliberal orthodoxy.

The pandemic produces an opportunity for alternative understandings to be moulded into the formation of radical alternatives. For this we need to strengthen the ability of alternative institutions to challenge the dominant belief system – the trade unions, left media, political groups and social movement organisations, with their multiple online websites, blogs and social media.

Only if these various sources of critical or oppositional thinking can be put in dialogue with each other can there develop what Gramsci called a ‘counterhegemonic’ project for a radical transformation of society. This is a huge challenge for the left, after a period of major defeats.