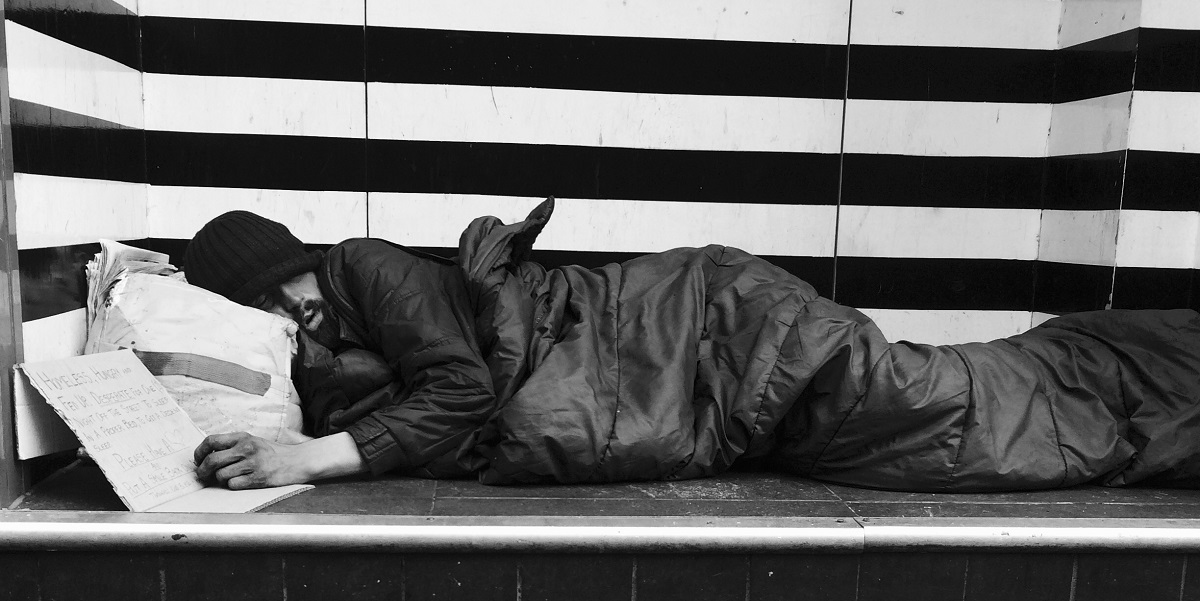 By generalising insecurity, Covid-19 is threatening to complete the job that neoliberalism started. Nobody, save perhaps the richest, can guarantee they will get adequate care if they become critically unwell. Middle-class incomes could fall off a cliff in the event of a pandemic-induced depression. The obscenity of a benefits system that imposes humiliating conditions in exchange for a pittance has been driven home to commentators who many of us thought would never twig.

An early political effect of our collective unmooring was an outbreak of welfarist rhetoric among government ministers. On 25 March 2020, Boris Johnson answered a parliamentary question about support for people with no recourse to public funds during the pandemic by saying ‘this country will look after all the most vulnerable in society in the way that we always have’. The prime minister appeared to indicate that the government would incorporate the needs of migrants with insecure immigration status into its crisis response.

The next day the homelessness minister wrote to English local authorities directing them to ensure that ‘rough sleepers and other vulnerable homeless are supported into appropriate accommodation by the end of the week’. Luke Hall’s call to ‘bring everybody in’ suggested the pandemic might be driving the government towards a belated recognition that the universal provision of shelter is among a state’s fundamental duties.

At three weeks’ distance, Johnson’s caveat that the UK will care for vulnerable people ‘as we always have’ looks like an important clue to decoding the government’s coronavirus strategy. No significant steps have been taken to ensure the safety of many of the groups likely to be worst affected by the virus and the lockdown measures imposed to slow its spread: the overcrowded and low waged, survivors of domestic violence and people who are ineligible for benefits and housing assistance. For all the bluster, Covid-19 Conservatism looks like business as usual, with working-class, migrant and BAME communities left exposed as municipal infrastructure buckles under the strain.

A narrow interpretation of homelessness

The shortcomings of the homelessness response are becoming clearer by the day. According to Public Interest Law Centre monitoring, some rough sleepers placed in hotels by local councils had to wait for hours in crowded reception areas before being allowed to check in. A week later, some were still travelling long distances in search of a hot meal. With no funding in place to meet the subsistence needs of the displaced, councils are relying on charities and mutual aid groups to ensure homeless people get fed.

Hall’s letter instructs local authorities to find accommodation for ‘people who are, or are at risk of, sleeping rough, or those who are in accommodation where it is difficult to self-isolate’. But there is evidence that councils are applying a narrow interpretation of this instruction and housing only ‘verified’ rough sleepers. For those who have been accommodated, there are concerns about access to laundry facilities, mental health and substance misuse support, and – crucially in the context of rapidly changing public health advice – internet access.

Many ‘hidden’ homeless people, including women fleeing domestic violence and those who sleep on buses, are still not being accommodated. There are reports of undocumented migrants being informed that hotel room provision is ‘only for people with recourse to public funds’. Sofa surfers are being told they must bed down on the streets before they can access support.

A decade of austerity

A degree of chaos was inevitable in view of the unprecedented nature of the pandemic, but the failure of provision at local authority level is nothing new. The strain on resources occasioned by Covid-19 represents a serious exacerbation of a pre-existing systemic crisis.

A decade of austerity and the neoliberalisation of local government have eroded the ability and willingness of councils to provide for those in need. Cuts to social housing and social care have been compounded by immigration policies that compel local authorities to pick up the tab of supporting destitute migrants. Councils have responded by using aggressive ‘gatekeeping’ tactics to restrict access to dwindling resources. Legal action is sometimes the only way to force local authorities to accept their responsibilities towards homeless people.

These practice issues have got worse rather than better during the pandemic. Organisations supporting destitute migrant families report an upsurge in potentially unlawful gatekeeping, including threats to take children into care rather than provide parents with accommodation. Some council workers are suggesting that domestic violence survivors should ‘stay put’ in abusive homes during the lockdown.

Councils do bear some responsibility for the long-term degradation of local services (the failure of many Labour local authorities to stand up to austerity should be a source of shame). But they are also reeling from years of sustained ideological attack.

Even now, close examination of the emergency Covid-19 funding on offer to local authorities suggests that central government is not making anywhere near enough money available to support the very poorest.

Much of the £1.6 billion of ‘additional funding’ announced to ‘help councils respond to coronavirus […] pressures across all the services they deliver’ has gone towards plugging existing gaps in social care provision. Reports suggest this money has already run out, with an extra £1 billion fund being prepared to bail out local authorities threatened with insolvency.

Covid-19 renders a radical politics of redistribution more necessary than ever. To ensure universal access to care and safety during this crisis, we need a benefits system that allows everyone to enjoy comfort and dignity when out of work. We also need amendments to housing legislation so that all homeless people can be housed, the suspension of the ‘no recourse to public funds’ regime, and a host of other measures, including specific provisions to ensure the safety of domestic violence survivors.

None of this obviates the need for more money for councils in the immediate term. Such funding must reflect the actual cost to local authorities of providing accommodation and support to all who need it. But throwing money at degraded infrastructure will do nothing to unpick the relations of domination that have led us to a situation where working-class and racialised people are disproportionately likely to suffer and die from this virus. Talk is cheap: only an urgent overhaul of the welfare state will get us even close to ‘bringing everyone in’.