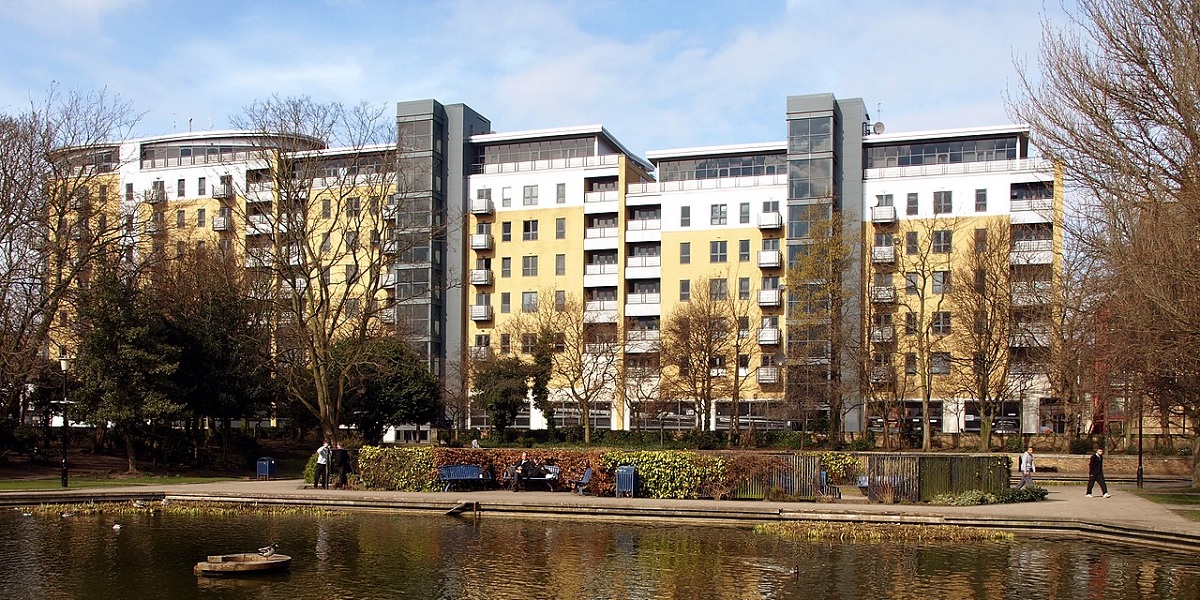 In Westminster, politicians on all sides agree on two facts: one, the UK has a ‘housing crisis’; two, this can be fixed by building more houses. It’s supply and demand: too few houses, too many people needing somewhere to live.

This is the kind of over‑simplified problem which the free market loves. The government certainly believes that, if they only get rid of a few pesky planning laws, private enterprise will ‘build, build, build’ us out of the crisis.

Currently, Labour’s strongest response is to quibble over who goes first in the queue to buy new homes, presumably after they’ve been built on the green belt, at vast profit for the developers.

But the housing crisis is not a mere lack of houses, nor even a lack of land. It will not be fixed by deregulation. It is the result of an experiment begun 45 years ago, when politicians gave up trying to manage the economy. Instead, they gave control of the country over to a radical, anti‑human force: the market.

This experiment has been disastrous for the city where I grew up: Hull.

Clearly, as Centre for Cities insist, ‘there is not one single national housing crisis’. But why is housing so cheap in Hull? Because it’s only cheap if you have a job.

Hull is one of the most economically‑deprived cities in the UK, with persistently high unemployment. This keeps its house prices down and increases house prices elsewhere, as former residents (like me) flee to more prosperous parts of the country in search of work. The city has recorded a net outflow of residents to internal migration (within the UK) every year from 2011 to 2021.

High unemployment is a symptom of an economic crisis that’s been ongoing in Hull, and across the UK’s former industrial heartlands, for over 40 years.

Moreover, Hull’s economic decline was not inevitable, or natural. It was the result of decisions made by successive UK governments.

West Hull’s economy was devastated by the third Cod War, the last in a series of naval confrontations between Iceland and the UK over Iceland’s unilateral rescinding of British fishing rights.

Britain finally conceded these rights in 1976. This ended West Hull’s fishing industry. It represented a conscious decision by the government: its relations with other members of NATO and the EEC were more important than the livelihoods of people in Hull. This is not forgotten. In the EU referendum, Hull voted overwhelmingly for ‘leave’, and against international cooperation.

1976 was also the year of the IMF crisis: the final defeat of then‑orthodox Keynesian economics.

Since the second world war, government had sought to manage the economy to produce certain desirable ends, like high employment. But in 1976, under the terms of an IMF loan necessitated by an ongoing oil crisis, Britain abandoned this effort. From 1976 onwards, governments adopted a Chicago School economic approach: low public spending, low inflation, a deregulated free market.

This destroyed East Hull’s economy. By the early 1980s, its publicly‑owned docks had been privatised. Its factories and mills had been bought out by asset strippers and shut down. Huge numbers of its workers were made redundant.

A typical story is that of my father’s first employer: the Spiller’s flour mill. Its parent company was subject to a hostile takeover, stripped for its assets and shut down. The mill closed in the early 1980s and remained abandoned, a towering concrete tomb, until finally being demolished in 2007.

Throughout my childhood, in the 1990s and 2000s, Hull city centre was ringed by an eerie zone of derelict mills, factories and warehouses: dried concrete husks from which the market had sucked out the life.

All across the North of England, industry was plundered by the newly‑unrestricted markets. The wealth from the sell‑off drained into the financial sector, based in London. This has contributed to the South East’s grossly inflated property prices.

In 1977, three Labour MPs jointly requested help to remedy the ‘desperate’ unemployment situation in the city. The (Labour) government declined to intervene. Today, percentage‑wise, Hull’s unemployment figures are almost unchanged from this ‘desperate’ level, as indicated by ONS data on out‑of‑work benefit claimants. The market has decided that much of the city’s population are surplus to requirements.

Nowadays, we are accustomed to the idea that free market forces might suddenly declare us redundant. As political theorist Jodi Dean has highlighted both the right and left now envisage a future without a workforce, whether through ‘fully automated luxury communism’ or Amazon drones and self‑driving Tesla trucks. The rich fantasise a complete redundancy of labour. This ignores all the workers who would be required in these digital utopias to maintain the robots, provide childcare and answer calls to tech support.

However, in the 1970s and 1980s, the mass lay‑offs which emptied Hull’s factories were a novel destruction of the Fordist contract between capital and labour which had held since the early 20th century.

Of course, it fell to the public sector to house the people discarded by the market. In Hull, like elsewhere, the newly‑jobless communities were shunted into the city’s vast social housing estates. However, thanks to Thatcher’s Right to Buy legislation, social housing stocks, nationally, have dwindled. This has resulted, today, in £23.4bn of public money per year being paid directly to private landlords in housing benefits.

What housing does the market provide for all this public money? And how does it house those workers lucky enough to keep their jobs, or those who move across the country to secure one?

In the private rented sector, the market treats the tenant, like the worker, as a disposable inconvenience: 29,000 British households were subject to no‑fault evictions in 2021.

Moreover, the sector frequently displays the ‘market Stalinism’ phenomenon identified by Mark Fisher: what your landlord leases to you is only technically a one‑bedroom flat: it’s not actually fit for people to live in. According to the National Audit Office, a quarter of England’s privately‑rented homes are ‘non‑decent’ and 13% contain serious health hazards.

Anecdotally, even privately‑rented properties not actively dangerous to human life often don’t appear intended for occupation. In 2020, during a long search for a flat in London, my partner developed a game to play when viewing a new‑build apartment: open a cupboard door in each room and see how many fall off the hinges. The whole flat‑hunt was reminiscent of a prescient Armando Iannucci sketch, from 2001, in which a couple discover that the property they are viewing is entirely made from paper, crudely crayoned to resemble a house by children posing as estate agents (also a familiar experience of estate agents).

It is no coincidence that, in the district with the highest house prices in the UK, Kensington and Chelsea, vast numbers of homes are left permanently empty by their owners. The market prefers an empty house to an inhabited one, just as it prefers an empty factory to a working one.

No one else can make use of Kensington’s empty houses, as squatting was criminalised in 2012. This is part of a broader attempt, over the last decade, to make it illegal to live without feeding the financial markets.

Moreover, recent government attempts to solve the ‘housing crisis’ have been entirely pro‑market and anti‑human. Help to Buy has inflated prices and mainly helped the rich. A cross‑party House of Lords committee found the money would have been better spent on social housing. Public money spent under the government’s ‘levelling up’ scheme will, primarily, benefit the owners of land serviced by the new infrastructure projects.

To solve the housing crisis, we do not need deregulation. We do not need more money shovelled into the hands of the wealthy. We need precisely the opposite: to end a long, failed economic experiment and run of the country for the benefit of people, rather than the market.

Hull does now have some hope of regeneration, from a sustainable industry (attracted long before the ‘levelling‑up’ agenda). The city is now the country’s largest manufacturer of offshore wind turbines. I hope this is a small step away from an economy that treats the worker as disposable (in the COVID‑era jargon, ‘non‑essential’) to an economy where the worker is indispensable.

Jon Bailey is a writer and cartoonist 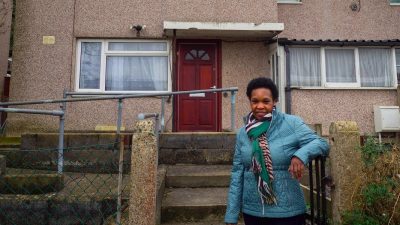