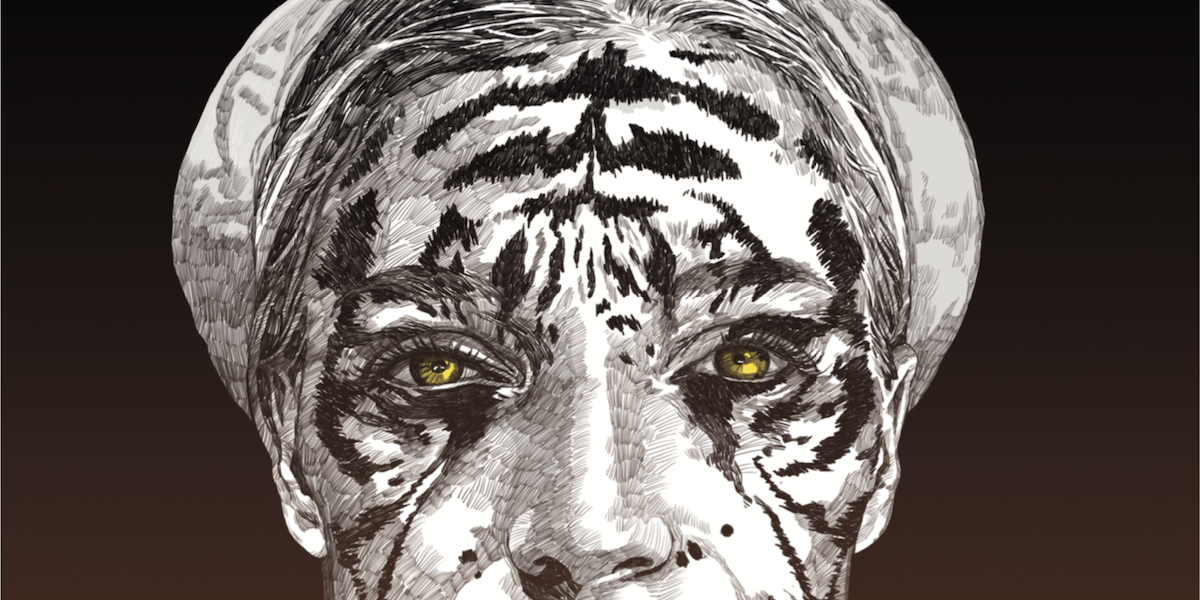 Somewhere in a forest near Athens, a woman is running after a man: he despises her, he says, and claims to be ‘sick’ when he looks at her. She is undaunted. She desires him so profoundly that she offers herself to him to be ‘used as you use your dog’. This is the forest of William Shakespeare’s A Midsummer Night’s Dream and the lovers in question are Helena and Demetrius. Exhausted from the relentless rebuttals of her would-be lover, Helena finally concedes:

The story shall be changed: Apollo flies, and Daphne holds the chase.

The dove pursues the griffin, the mild hind Makes speed to catch the tiger: bootless speed,

When cowardice pursues, and valour flies.

Helena’s account, even as she speaks from a place of powerlessness, is that she can intervene in the stories of male power. In the play, desire for Demetrius extends beyond the boundaries of his character to a wider story about the relationship between men and women. The sublimation of the self that ‘love’ promotes is written deep into the language of the hunt so lucidly rehearsed by Helena. The fantasy that the hind could catch the tiger, or the dove the griffin, retains the inequality of desire that regulates power as love. Helena’s alternative story is not one of equality but one of ascendancy: changing the story, in this case, would also rewrite history.

Helena’s fantasy of change goes deeper than getting her man; it speaks to the play’s wider interest in the sexual politics of power. Characters altering their stories remains a resonant motif throughout the play and provides Shakespeare with opportunities to explore the conditions of transformation made possible by the mind, the body and, of course, magic. In women’s prisons, we used this moment of opportunity to explore what stories needed to be told and what stories could be changed.

Shakespeare’s women often alert us to alternative stories: the narratives of trauma, oppression, anguish, grief or assault that hover on the edges of their dramatic roles, urging an impossible song of resistance that we cannot always hear. Changing the story means listening to that song and recognising its power within the context of structures designed to reduce agency even as they re-inscribe social conformity.

Taking Shakespeare into the women’s prisons HMP Eastwood Park and HMP Styal this year was not an attempt to ‘bring culture to the oppressed’ or to offer a model of redemption. Rather, it was to explore how restrictive and debilitating power structures can be disrupted so that the voices of female offenders can be heard – and woven into the fabric of a culture that has historically dehumanised them.

Shakespeare’s drama provides a powerful model for the exploration of incarceration precisely because it is fascinated by repressive power structures, the limits of humanity and the social construction of self- hood. Within these conditions, Shakespeare’s characters – who are often transgressors, oppressed or excluded – develop individual psychologies through which the play worlds begin to interrogate the interrelationships between conflicting mindsets. Shakespeare interrogates those mindsets by exploring their role in social constructions of power: many of Shakespeare’s transgressors are major stakeholders in power relations, and many are dispossessed.

Offering an alternative story posits the imagination as the primary site of agency, rather than alienation. In the formulation of Doreen Maitre, author of Literature and Possible Worlds, the imagination functions as ‘the ability to bring to mind that which is absent from current perception’ and allows us to better comprehend reality through the ‘superimposition on it of a possible non-actual world’.

Taking that which is ‘absent from current perception’ into prison became a fundamental point for the exploration of those spaces, gaps and silences to find a voice of resistance that was not about fear but about imagination. For the women I worked with, and for the stories we told, the most important elements were those moments when we could find an alternative ending, as well as a different mindset.

Telling Shakespeare’s stories of domestic violence (The Taming of the Shrew), mother and child separation and male violence (The Winter’s Tale), sex trafficking and incest (Pericles), matricide (Othello) or female culpability, grief and guilt (Macbeth) summons us into a domain in which women are either victims or perpetrators. I wanted to explore with workshop participants how they might speak to these characters, not as arbiters of moral or social justice but as companions in crisis.

Listening to the gaps in Shakespeare – the suppressed voices of female oppression and the untold stories of motivation or response – we began to hear, trace, imagine or find an alternative ending to our own, as well as the characters’, stories. When Helena invites us into a narrative model of change, she also recognises the deep- seated power of history and the oppressive models of expectation that determine our experiences and futures.

When, in Othello, Desdemona remembers her mother’s maid, ‘called Barbary’, she references ‘a song of willow’, which ‘expressed her fortune, / And she died singing it.’ Once again, Shakespeare suggests, the story is set and the women will die singing it, as Desdemona does.

What might we say to Desdemona here? How would we, as audience members, readers, women, intervene in that story of ‘fortune’? We might respond as Desdemona’s maid Emilia does, with a cry of inequality and injustice, of the hypocrisy of male power and the incessant oppression of female subjection. We might agree with Emilia when she says of men, ‘Then let them use us well, else let them know / The ills we do, their ills instruct us so.’

In talking back to Desdemona, however, we might also recognise that the power of story lies not in its fulfilment but in its potential for deviation. When Othello approaches his wife, intent on killing her, with the fatal chorus of ‘It is the cause, it is the cause, my soul’, we are presented with a man who has inhabited the fantasies of his own narrative. Unregulated, undeterred and uncompromising, Othello becomes the spectre of Iago’s imagination, both ‘the circumcised dog’ and the ‘turbaned Turk’, he betrays himself, the state and his wife.

Both Othello and Desdemona accept their stories and they die singing them. But there is always the chance that, as Helena says, the story can be changed: the hind can pursue the tiger.

Evaluating the power of the hind in this scenario is also about re-evaluating the conditions of power. Against the ‘background terror’ of male authority, the fantasy of change lurks in the stories of the female imagination. Talking back to Shakespeare’s women allows us to acknowledge the social power of narrative precedent while also rehearsing its potential for revolution.

Many of Shakespeare’s plays celebrate the temporary and vital forces of the imagination as a space in which to rehearse alternative outcomes, as deviant devices for accommodating horror or as a resting place where change becomes possible. In one of the prison workshops, for example, we explored the moral landscape of Macbeth.

Having considered the abject environment of female monstrosity in the play, I asked the women to put Macbeth on trial: not one of them found him guilty. Instead, they examined the imbrication of power and responsibility, the inexplicable and intractable ways in which culpability bleeds into everyone’s story and yet remains no one’s responsibility.

In this intensive project, involving a range of women with complex needs, we also workshopped and rehearsed an adapted modern version of A Midsummer Night’s Dream. Here we focused not on responsibility, but on a world elsewhere: an imaginative world in which you could, as the tailor Robin Starveling suggests in the play, ‘leave the killing out’. In this world, change became possible through the rehearsal of different characters, through the illusion of identification and through the temporary release of the self.

During our rehearsals, one of the women said that she could now walk through the prison in safety because she had somewhere to go inside her head. Helena’s praise of the story is about that world elsewhere, where change is possible. Intervening in those moments of crisis in Shakespeare’s play worlds – in talking back to the women who die as victims, or those who murder as criminals – affords us the opportunity to explore our own stories not as precedents for male power or historical prerogative but as interventions in our own destinies.

As Hamlet says: ‘we defy augury’, ‘readiness is all’.

Charlotte Scott is professor of Shakespeare studies at Goldsmiths University of London and leads the Arts Council-funded project Let’s Change the Story: Shakespeare in Prison. Illustration by David Istvan