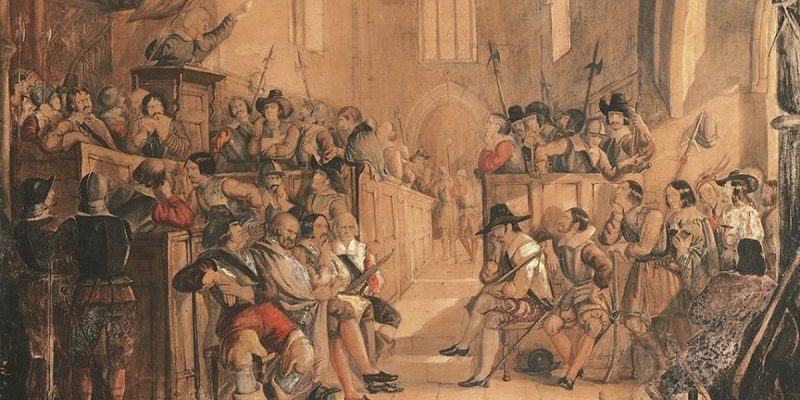 Norah Carlin’s new book is a powerful contribution to our knowledge of the role of ordinary people in the climax of the English revolution. From the late summer of 1648, the fate of the revolution hung in the balance. Moderate MPs wanted Charles I brought back to London and returned to the throne, despite his defeat in two successive civil wars. Radicals, both in parliament’s New Model Army and in the country at large, wanted the king brought to trial for treason against the people, itself a revolutionary notion.

This was the final, conclusive, power struggle of the revolution. Carlin sheds new light on how this struggle was resolved and why the declaration of a republic and the execution of the king were the result.

Carlin brings together a comprehensive collection of the petitions that poured into parliament and to the headquarters of the New Model Army arguing for justice to be served on ‘the man of blood’, Charles I, and for a fundamental transformation of the English state.

From Surrey in the south to Newcastle in the north, from Norfolk in the east to Herefordshire on the Welsh Marches, the civilian petitions flooded in. From army regiments and garrisons as far apart as south Wales, Denbigh Castle, the south coast and the troops in Hull, Shrewsbury and Ludlow, more petitions swept towards the army high command.

In all, some 66 petitions arrived between September 1648 and February 1649. In an era rich in petitioning campaigns, this was perhaps the mightiest and most consequential of them all. And it was an organised campaign. Carlin would have done historians a service had she simply collected these texts in one place as they have never been before. But her substantial introduction and her careful contextualising of each petition tells us a lot about the ‘how?’ as well as the ‘what?’ of these petitions.

A very important part of the answer to the question of how this petition campaign was organised lies in the role of the Leveller movement. On 11 September they had launched their so-called ‘large petition’. Not only was this in itself one of their most successful petitions, but it acted as an inspiration and a template for many of the subsequent petitions collected by Carlin. But these were far from mere ‘parrot petitions’. Many added their own demands, and many arose independently from widespread concerns that the Levellers expressed but did not invent.

Altogether it was certainly a highly successful political offensive. A previously resistant army high command was pushed from inertia into action, increasingly endorsing petitions. In early December they sent Colonel Thomas Pride to purge the Commons of those MPs who wished to ‘re-inthrone’, to use one petition’s language, the king. Charles’ trial and execution followed.

Carlin’s work sheds new light on those who were rowing in the galleys of the English revolution. Regicide or Revolution? takes its place in a recent growing body of scholarship which is rediscovering the role of popular organisation.

David Como has looked in detail at the list of signatories of one of the petitions Carlin reproduces and found a previously unknown network of Leveller supporters in Wiltshire (Como’s essay is in C Kyle and J Peacey, Connecting Centre and Locality, Manchester University Press, 2020). In a recent essay in History, Clive Holmes has looked at the popular dimension behind the Army Remonstrance, which dates from the same period as these petitions.

For too long the revisionist school set the dominant tone for the study of the events of the 1640s. In this view the events of the decade could barely be described as a revolution, and the radicals of those years were ineffective and irrelevant. The republic and the regicide were mere accident, the result of intra-elite antagonism.

That picture was always untenable. Carlin’s work helps to make it unarguable. But more importantly it restores the popular voice to a central place in the making of the English revolution.

John Rees is author of The Leveller Revolution (Verso, 2016) and a visiting research fellow at Goldsmiths, University of London. This article originally appeared in issue #229 ‘No Return to Normal’. Subscribe today to get your copy and support fearless, independent media.

This article was amended on 4 December 2020. A reference to the events it deals with beginning in ‘the late summer of 1649’ has been corrected to 1648. This correction also applies to the version of the article that appeared in issue 229.