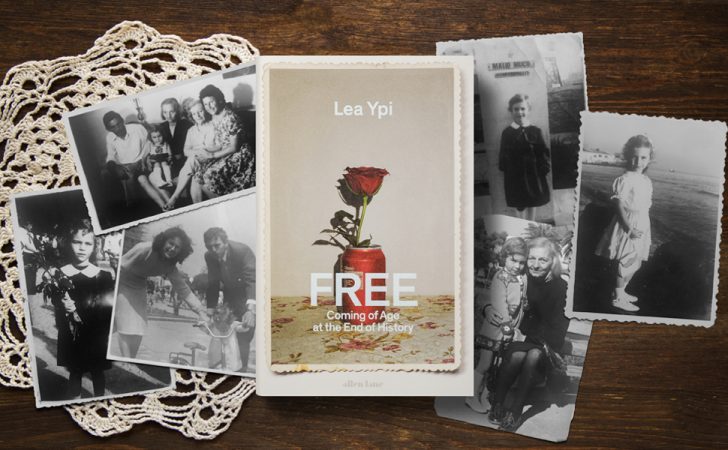 Freedom is the beguiling yet nebulous concept at the core of a spate of recent publications. Maggie Nelson’s On Freedom: Four Songs of Care and Constraint muses on and revels in the word’s indeterminacy, while Olivia Laing’s Everybody: a Book About Freedom explores emancipation through a discussion of the communist psychoanalyst turned cosmic orgasmic energy proponent Wilhelm Reich. Lea Ypi, the most politically incisive of the three, tackles the term autobiographically through an exploration of the term’s divergent meanings in socialist and capitalist Albania.

Ypi is a Marxist philosopher, but rather than introduce the distinctive notions of freedom espoused by communists and liberals from a theoretical perspective, Free considers the term as an abstract ideal that clashed up against the concrete realities of everyday life in Albania, first under socialism and later during the transition to the market economy.

The book begins with a vignette from 1990, the year Albania became a multi-party state. The divergent meanings attached to the book’s core concept are introduced in its opening line: ‘I never asked myself about the meaning of freedom until the day I hugged Stalin.’

Ypi begins her narrative as a schoolgirl, running through a park in the coastal city Durrës to hug a statue of Stalin only to find his head has been decapitated. She then stumbles across a group of protesters shouting about freedom, but is confused by their demands as she assumes people in Albania are already free. After all, she has just freely chosen which route to take to reach the park.

In the West there’s a tendency to treat the former socialist East as a homogenous entity, but Albania differentiated itself from the so-called ‘revisionist’ eastern bloc. By the time Ypi was born in 1979, the country had split from neighbouring Yugoslavia (in the late 1940s, following Tito’s break from Stalin), from the USSR (in the early 1960s, following Khrushchev’s introduction of de-Stalinisation) and from China (in the 1970s, for ‘betraying’ the Cultural Revolution). Free’s opening chapters present the socialist reality Ypi grew up in from a child’s perspective, placing the reader at eye-level alongside her childhood self: in the classroom, at home, in her neighbourhood, playing with friends.

In a recent interview, Labour leader Keir Starmer justified his abandonment of a commitment to the nationalisation of energy companies by claiming: ‘I do not agree with the argument that says we must be ideological.’

This formulation assumes that accepting privatisation and free market competition is common-sense realism, and casts state ownership as an unpragmatic demand guided by abstract political precepts. The statement demonstrates that ideology is most effective when it isn’t recognised as such but is accepted as a natural-seeming neutral backdrop. Margaret Thatcher declared Tony Blair’s New Labour her greatest achievement for this reason.

Ypi introduces socialism as such a backdrop, but shows that when it was torn down, a different one was constructed in its place. Her approach thus denaturalises neoliberal capitalism, making clear that liberal understandings of freedom are ideological.

Young Lea is told things about the world she not only accepts but embraces. By reproducing conversations between children, Ypi deftly conveys a shared socialist worldview experienced as a taken-for-granted reality. She and her school friends are perplexed by the idea that anyone would believe in god or an afterlife, for example, just as they are horrified by the thought that in other countries rich people ignore that their wealth relies on exploitation. Ypi describes a world where neighbours rely upon and help one another, but in which those same neighbours can turn against each other for perceived infractions; where people’s careers are dictated by their ‘biographies’, but where extracurricular state-funded clubs allow children to pursue their passions.

As a child, she sometimes experiences things that jar with her understanding of society. After the death of Enver Hoxha in 1985 she is baffled by her parents’ reluctance to buy and display his portrait. She sees pictures in foreign-language textbooks that show western supermarkets without queues for food but reflects that capitalist plenty is only available to a minority at others’ expense: ‘We knew we did not have everything. But we had enough, we all had the same things, and we had what mattered most: real freedom.’

In 1990, instead of continuing its transition from socialism to communism, Albania instead began to transition to a market economy. Lea suddenly learnt new truths about her family, discovering that former prime minister Xhafer bej Ypi, who was described by her teacher as a ‘national traitor’ and ‘class enemy’ and to whom she’d always been told she had no connection, was her great-grandfather.

She is told that her paternal grandfather, despite trying to defy his father to fight for the international brigades in the Spanish civil war, had been imprisoned for 15 years, and that her maternal grandfather had leapt to his death from a window to escape torture. This new knowledge is disorienting. She feels ‘dazzled’ and angry: was the ‘free’ world she grew up in really unjust and cruel? Or did her family deserve punishment for having kept servants?

The red scarf Ypi proudly wore as a Pioneer in a May Day parade one year, had become a meaningless rag by the next. Terms like ‘bourgeoisie’ and ‘proletariat’ disappeared, and a new (no less ideological) lexicon emerged, in which workers valued ‘effecting knowledge transfer, developing team synergies, working on training skills’. ‘Fighting corruption’ replaced ‘anti-imperialist struggle’, while her school replaced courses on dialectical materialism with those on market economy. Freedom was the only concept that remained.

When Ypi heard the 1990 Eurovision winner Toto Cutugno sing about freedom, she assumed he was extolling the spread of socialism, and only later discovered the song was a paean to the Maastricht treaty and the ‘consolidation of the liberal market’.

She recalls the early 1990s as a period of confusion and hesitation, rather than liberation: ‘I did not feel free at all.’ She describes the surreal experience of living in a world in which the people remained the same but their social roles changed. People who had worked in factories, hospitals or cooperatives suddenly became ‘people smugglers, drug-dealers or sex-traffickers’ and both sets of professions were discussed in the same matter-of-fact tone.

The hardships endured during the transition to communism had been justified in terms of necessary sacrifice and so were those ushered in by ‘shock therapy’. Ypi’s father, appointed director of the local port, was thrown into despair when ‘structural reforms’ demanded he lay off most of the predominantly Roma workforce.

As factories closed, many people left. Though they were now free to leave, they were not therefore free to enter other countries: ‘The only thing that changed was the colour of the police uniforms.’ In other European countries there were no queues at shops, but that did not mean Albanians arriving in them could afford to buy anything. Like many others, Ypi’s family lost their savings after investing in one of a number of pyramid schemes, the mass collapse of which led to civil war.

If 1990 was characterised by hopeful uncertainty, 1997 was a year of fear and violence, documented by Ypi in her diary alongside teenage crushes and exam anxieties. By situating socialist and liberal conceptions of freedom in the context of everyday lives, Free insists that neither vision should be understood in isolation from historical attempts to realise them.

A vivid portrayal of how it felt to live through the transition from socialism to capitalism, Ypi’s book will interest readers wishing to learn more about Albania during this tumultuous historical period, but also anyone interested in questioning the taken-for-granted ideological assumptions that underpin all societies and shape quotidian experiences in often imperceptible ways.

Hannah Proctor is Wellcome Trust research fellow at the Centre for the Social History of Health and Healthcare at the University of Strathclyde. Free: Coming of Age at the End of History is out now from Penguin Books