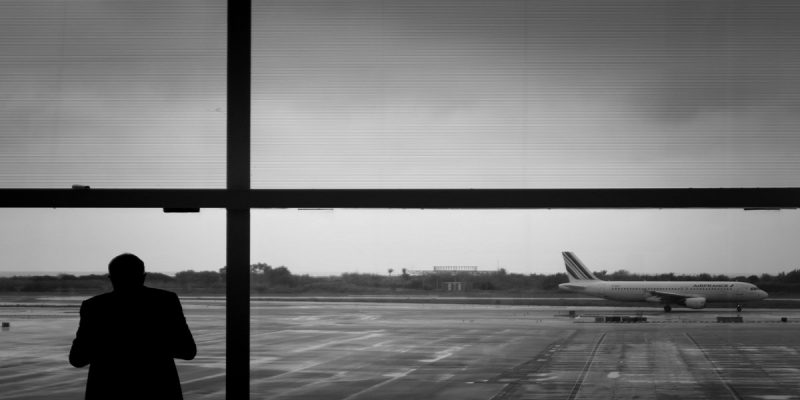 In two judgements handed down in 2014, the European Court of Human Rights underlined that family reunification is an ‘essential right’ for refugees. ‘Family unity,’ the Court said, ‘is a fundamental element allowing persons who have fled persecution to resume a normal life.’

While European states often promise to fulfill this fundamental principle, the reality is quite different. Across Europe, countries regularly put up barriers such as restrictive definitions of ‘family’, complex eligibility requirements, and narrow application deadlines.

For two decades, the Republic of Ireland operated a system whereby refugees were entitled to apply for family reunification with grandparents, parents or guardians, siblings, and children. In 2016 the law changed to only include spouses and children under 18, and parents if the applicant is a minor. This restriction was in part justified by claims that the average reunification application was for 20 family members, and up to 70 in one case. However, the government’s own data showed that the average number of family members applied for was two.

As elsewhere in Europe, the effects of these restrictions are manifest. Many are left at risk of persecution or war in their home countries, while their family members grapple with stress and separation anxiety. Integration is hampered. Without legal options, some – such as siblings, grandparents, or adult children – will seek to travel to safety through unsafe routes.

Against this backdrop, charities working with refugees say the Coronavirus pandemic has had a particularly devastating impact. Fiona Finn, chief executive of the refugee and migrant charity Nasc, called the clash of already restrictive immigration procedures and a global health crisis ‘a perfect storm’.  ‘As flights are grounded, those who have visas and were preparing to travel from March onwards are now watching their travel documents expire,’ she said.

Claire*, a refugee from the Democratic Republic of Congo now living in Ireland, has faced a long and anxious wait for her mother to join her. After a complicated and lengthy family reunification process, the final hurdles were cleared earlier this year and flights were booked. Yet as the day of her travel approached, the flight was cancelled. The government in Kinshasa soon closed Congo’s borders and grounded commercial flights.

‘It’s a difficult situation,’ said Claire, who is in frequent contact with her mother. Along with many others in her situation, Claire’s mother has a time-limited entry visa into Ireland that is due to expire. Flights have still not resumed. ‘You feel like you are angry, but you don’t know who you are angry with. It is a mix of feelings. You don’t know what is going to happen.’

‘Their life will be at risk’

While families do travel together to seek refuge, this is often not possible. Conflict and precarious journeys mean that family separation is ‘an almost universal’ experience for refugees.

The process for family reunification itself can only begin once asylum claims have been accepted, which can take several months or years as people navigate appeals and under-resourced systems. For those facing further delays due to Covid-19, the impact has been devastating.

‘It’s very difficult,’ said Abubaker Abdalhai, a Sudanese refugee in Cork, who has been separated from his wife and daughter in Qatar for over a year. As an official in a Sudanese opposition party, he lived in exile with his family, but was forced to find sanctuary in Ireland after pressure from the Qatari authorities. Mr Abdalhai is anxious to ensure that his family – who are still in Qatar – join him in Ireland and not be forcibly returned to Sudan. He fears the government, unable to attack him directly, will target his family instead. Other families of opposition politicians have been killed, he says. ‘If they go to Sudan, their life will be at risk.’

Applications for approximately 500 family members are currently at various stages of processing, according to Ireland’s immigration authorities, but are hampered by embassy closures and other delays related to the pandemic.

Omar*, a Sudanese refugee living in Ireland, had arranged an apartment for his family in anticipation of their arrival. But his wife’s visa to enter Ireland is now set to expire, and Sudan’s government has extended airports for domestic and international flights while all land borders remain closed.

‘There is a flight for British people living in Sudan, they are bringing them to safety from Sudan to the UK. I am hoping that my family can go with them to London, and from there to Ireland,’ he said. Omar has made communications with the British embassy in Sudan, as well as the International Organization for Migration. However, time is running out and he has had no assurances.

Covid-19 is also impacting refugees in Northern Ireland. Shari*, a photographer who promotes women and children’s rights originally from Yemen and now living in Belfast, has been separated from her husband for five years. Her son was three years old when they were forced to part; he is now eight.

‘There is a lot of confusion: how long will I wait, will the procedures change?’ said Ammar, Shari’s husband, speaking from Sanaa, Yemen’s capital. ‘It’s been five years since I have seen my son.’

‘I’ve been through a very hard situation here, a very hard time,’ Shari said of the separation. Coupled with the ongoing uncertainty, it has caused her stress and depression. ‘I’m really suffering, and my son is really suffering. He really needs his dad.’

As lockdown begins to lift and travel becomes possible – and as Ireland’s new coalition government takes power – charities are likely to restart calls for wider reform to the family reunification process in the coming months. For those families which are separated, the waiting game continues.

Luke Butterly is a freelance journalist in Belfast, and a member of the Red Pepper editorial collective