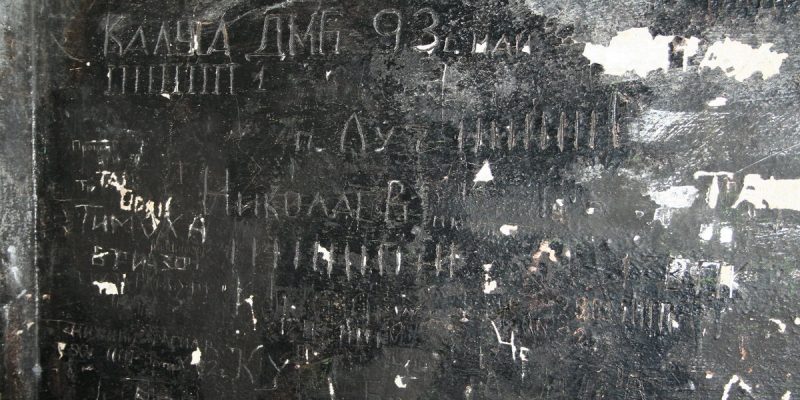 HM Inspectorate of Prisons’ 2018 report categorised HMP Birmingham as ‘fundamentally unsafe’. Birmingham was then one of the 16 prisons in England and Wales managed by the private sector. Within a year it was returned to public hands, with the security firm G4S required to reimburse the state to the tune of £9.9 million.

That sparked a debate about the wisdom of outsourcing prison management to companies whose key aim is profit. Some focused on the disproportionate rates of violence and drug use under private management, and the fact that privatisation does not even save money. Others argued that the deprivation of liberty should be the exclusive preserve of the state.

The importance of healthcare

The effect of privatisation on healthcare provision has often been overlooked, however. This is concerning, since the needs of the prison population, especially regarding mental health, dwarf those of ordinary citizens. Studies indicate that more than half of prisoners meet diagnostic criteria for depression, and that they are 20 times more likely to suffer from psychosis, 73 times more likely to have anti-social personality disorder and 12 times more likely to depend on drugs.

In theory, the government is obligated by international law and its own policy to provide prisoners with ‘equivalent care’ to the general population. In practice, austerity has created a vast treatment gap, felt most acutely in private prisons. It would be wrong to see privatisation as the sole cause, however. Rather, the overriding problem is the commitment of successive governments to neoliberalism, which prioritises economic efficiency and has in effect led to the privatisation of even those prisons that formally remain in public hands.

The impact of austerity

Healthcare professionals and prisoner rights advocates have long argued that the widespread theoretical commitment to ‘equivalent care’ is not matched by the concrete definitions or comparators required to make the principle enforceable.

Those concerns were substantiated when austerity began to tear through public and private prisons. The prison and probation service’s budget was cut from £3.84 to £2.71 billion between 2009 and 2017. This precipitated a 30 per cent staff reduction nationwide that has not been completely rectified since, even as the prison population has remained historically high. It also led to a mass reduction in salaries, causing thousands of experienced officers to leave. In 2018, almost half of prisons provided inadequate healthcare, according to a Care Quality Commission briefing.

Austerity’s adverse effects are most pronounced in prison mental health services. The identification and treatment of mental health problems demands highly skilled staff, yet prison inspections in 2016-17 found that two-fifths of prisons provided little or no training. Nearly a fifth of those with diagnosed needs receive no care at all, including 29 per cent of those who take their own lives. This is compounded by the endemic inability to control the spread of harmful psychoactive drugs, which doubled new drug addictions between 2013 and 2019.

A recipe for disaster

Healthcare provision is worst in private prisons, whose express purpose is to cut costs. A 2019 study of 29 senior healthcare policymakers by Nasrul Ismail found universal opposition to privatisation. They all agreed that it turns healthcare into a commodity, secondary to profit; that rehabilitation programmes are neglected, exacerbating the sense of hopelessness that worsens mental health; and that accountability for health outcomes is weakened, as the government shifts blame onto private providers, who in turn lack transparency.

These conclusions are evidenced. Private prisons are more overcrowded, they are less likely to have sufficient staff, and their workforce is comparatively inexperienced and poorly trained. Meaningful rehabilitation programmes, so crucial in improving mental health, are a rarity, with prisoners’ time instead directed towards menial tasks that increase the profits of the prison management companies. Almost certainly linked to this confluence of factors, inmates in private prisons are far more likely to be both victims and perpetrators of violence.

All of these issues create the conditions for adverse health outcomes. The report into HMP Birmingham concluded that programmes for those at risk of suicide or self-harm were poor, and that investigations into serious self-harm incidents were ineffective. At the Serco-run HMP Doncaster, where the rate of violence is four times higher than average, the prisons inspectorate found that victims were denied proper support. At HMP Northumberland, Sodexo’s promise to save £130 million was followed by the loss of 200 workers, which in turn saw widespread drug use and rioting, with guards admitting to ‘losing control’.

Those of us who care about prisoner healthcare must fight ceaselessly to end both austerity and the privatisation of prisons. It would be a mistake to see this as our ultimate objective, however, because both are merely consequences of an ideological commitment to neoliberalism. As David Harvey argues, neoliberalism necessarily denotes a continuous process of state restructuring, directed by the logic of economic efficiency, reduced state intervention and a replacement of collectivism with individual rights.

Prisoner healthcare will therefore remain secondary to profit and cost savings for as long as neoliberalism drives state policy, regardless of who manages the prisons. Indeed, since 2012, public prisons have been required to match the private sector on cost, which Nasrul Ismail argues comes ‘at the expense of basic standards and without reducing the prison population’.

The individualism that underpins neoliberalism undermines the very idea of social protection. By reclassifying social problems as individual ‘choices’, it enables policymakers to dismiss the consequences of failing prison healthcare – from self-harm and suicide to increased addiction – as unavoidable side effects of the necessary push for ever greater economic efficiency. Stanley Cohen’s ‘implicatory denial theory’ suggests that this inevitably filters down to prison staff, who see themselves as duty bound to carry out the state’s agenda.

This means that while it is right to identify privately-run prisons as incapable of prioritising health care, it would be wrong to see their return to public hands as a panacea. Only when the state itself is dislocated from neoliberalism will the principle of ‘equivalent care’ become more than an illusion.

Isaac Ricca-Richardson is an incoming pupil barrister at Garden Court Chambers. This article is from our Climate Revolutions Summer 2020 issue – out now! Subscribe here