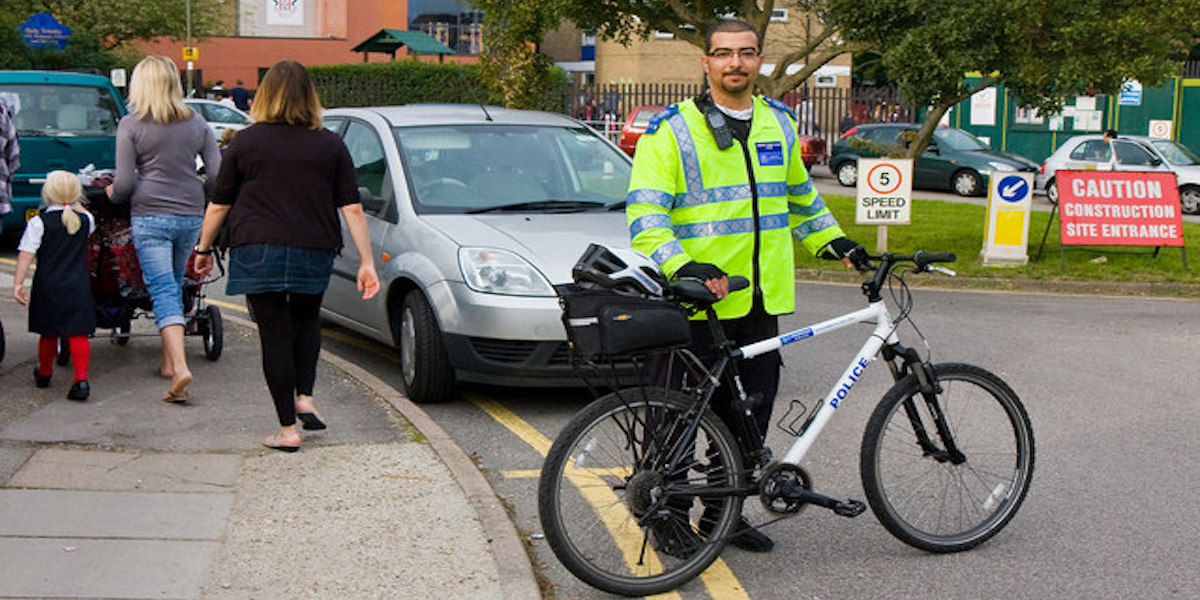 There should be no doubt that Boris Johnson’s election victory was a monumental blow for the anti-racist left. As state-driven racisms deepen, we need to pay attention to the challenges facing communities of colour. The Tories vowed to be the party of ‘law and order’, and we should expect increasingly authoritarian and punitive forms of social control – including ramping up the presence of police in UK schools.

The past few years have seen calls to significantly increase the number of police officers working in schools. Among the high-profile advocates are the children’s commissioner, the head of the Metropolitan Police and a home affairs select committee on serious youth violence. While there appears to be relative (and rare) political consensus on the ‘merits’ of this intervention, these plans should really be a cause for concern.

Rather than making schools safer, a police presence risks irreparable damage to our learning environments. In my research on racism in schools, secondary school teachers expressed serious concerns about the detrimental impact. Teachers described the efforts they go to in making their schools a comfortable and safe space for their students.

As one teacher from a racially diverse school in Greater Manchester explained, even though students might ‘see school as crap at the time, they see it as a safe space’. The presence of police in schools, he warned, risks disrupting this sense of safety. Particularly for students from already over-policed communities, schools-based police officers threaten to turn schools into an environment of fear, suspicion and alienation.

Perhaps most troubling are the ties between schools-based police officers and the prison-industrial complex – the ever-expanding network of profiteering that governs the expansion and privatisation of prisons. The presence of police in schools facilitates the early filtering of young people towards prison.

US activists have drawn attention to this issue, with the National Association for the Advancement of Colored People warning in 2005 that ‘the punitive and overzealous tools and approaches of the modern criminal justice system have seeped into our schools, serving to remove children from mainstream educational environments and funnel them onto a one-way path toward prison’.

This warning should resonate here. Not only does the UK incarcerate an even higher proportion of its black population than the US, according to a 2017 review by David Lammy for the justice ministry, but it also has the second-highest proportion of its prisoners in private prisons (after Australia), at 20 per cent.

With the government committed to increasing police powers, expanding prisons and placing more police in schools, we need to pay urgent attention to the pipeline feeding young people of colour into the expanding prison system.

The long histories of institutional racism in both policing and schooling indicate that schools-based police officers are likely to intensify the racisms facing students of colour. It is important that we oppose these plans and call for our schools to be free from the presence of police officers.

Remi Joseph-Salisbury is a Red Pepper columnist. This piece was originally published in our Spring 2020 issue. Subscribe here