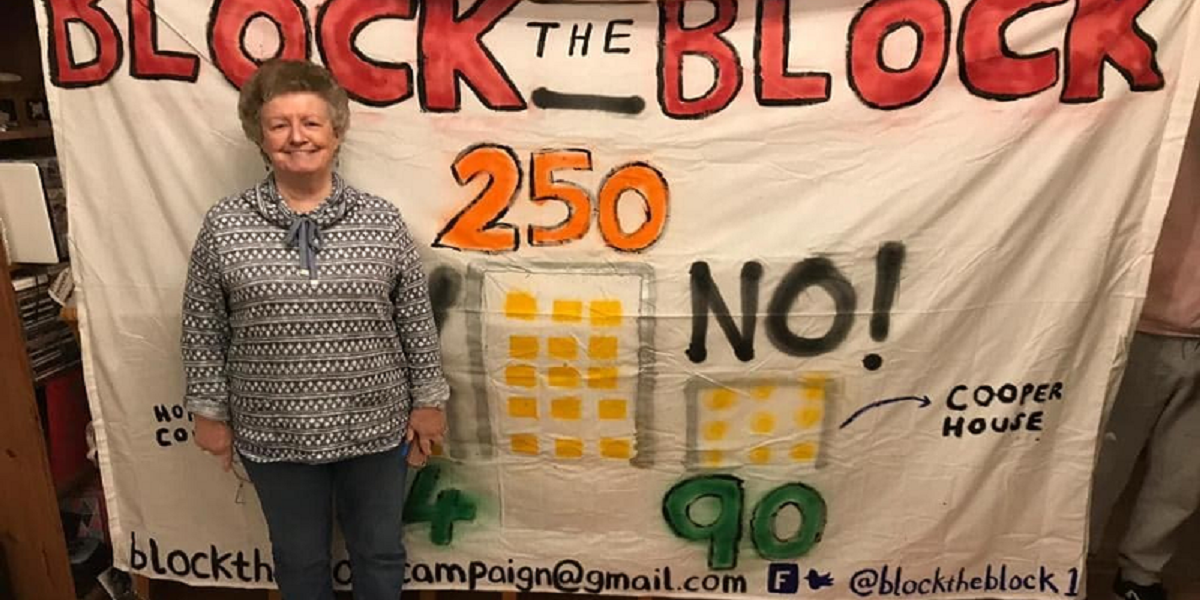 On Manchester’s Oxford Road, in the city’s university district, there is a building that represents the council’s vision of the student housing of tomorrow. From the outside it is tall, grey and rectangular. But inside it has interiors like those found in boutique hotels: a gym as well-equipped as any Total Fitness and an array of services, from cookery classes to career workshops. It’s called Vita Student – Circle Square. Rooms cost up to £500 per week here, but cheaper versions of it are available elsewhere in the city, with less of the interior perks. It’s known as purpose-built student accommodation (PBSA).

In October last year, Manchester City Council published a document about the future of this type of student housing in the city. The report restated the council’s commitment to encouraging PBSA in areas which are in close proximity to university campuses. Its plan is to tempt students out of shabby house shares in traditional student suburbs like Fallowfield and into these blocks. In doing so, the theory goes that suburban houses are freed-up for council-tax paying workers – bringing more money into the council’s coffers. Simultaneously, areas between the city centre and universities are supposed to benefit from student-led regeneration brought about by the construction of these blocks.

One of these areas is Hulme, an inner-city neighbourhood tucked behind Manchester Metropolitan University (MMU) and home to around 22,000 people. In 2011, just under 40 per cent of households lived in social housing. It straddles the two versions of Manchester developing in one place. To Hulme’s north, the ‘Manctopia’ of skyrise hotels and apartments. To the south, the city’s myriad redbrick suburbs, relatively lowrise, and so far largely untouched by the construction boom witnessed in the city centre.

In 2014 MMU opened a new campus in northern Hulme called Birley Fields. Today, the development includes accommodation for almost 1,000 students. Upon its opening, Richard Leese declared the campus the ‘final element of a long-term strategy of renewal and regeneration’ in Hulme. And it can’t be denied that the campus transformed Hulme, bringing thousands of transient residents into the neighbourhood with each new academic year. More blocks followed and more students followed. A 491-bed expansion of the campus is currently under construction.

But for many of Hulme’s residents, the benefits of the area’s student-led renewal are unclear. Tina Cribbin is a community activist who was brought up in Hulme Crescents. She has watched as countless community spaces in the area, such as churches and pubs, have been turned into identikit apartment blocks. When she and other residents raised concerns about the lack of amenities for the community at Birley Fields back in the early 2010s, MMU promised a community hub. What they got when the development opened was a café selling £4 coffee. ‘When we tried to book rooms, there was always a problem,’ Tina says, ‘there are so many ways you can be told you’re not welcome.’

Tina lives in Hopton Court, an eight-storey social housing block in Hulme. The flats overlook the derelict Gamecock Pub, a compact two-storey building covered in white cladding that has lain empty for over a decade. Once a meeting place for the people of Hulme, the decaying shell of the ex-pub is a reminder of the area’s lost sense of belonging. ‘It has become a bit iconic,’ says Tina. ‘It’s the last reminder of how we used to be. It was where people met their wives and husbands.’

One of the final plots of unused land in the area, a developer now wants to build an 11-storey block of PBSA on the Gamecock pub site with room for 250 students. A previous proposal for student accommodation on the plot was thrown out by the council’s planning committee in 2012. Tina and other residents object to the repackaged plans and have formed a group to oppose the development, Block the Block. Together they’re fundraising for a planning consultant to help them issue a formal objection to the plans when the application is submitted – thought to be later in January 2021. But the group’s ambitions go further than just opposing it. They recognise the site needs developing and hope to ultimately put forward different, community-centred plans for it. These proposals would challenge the financialised regeneration that has dominated Manchester’s approach to urban renewal since the 2008 financial crisis.

Supported living for the area’s elderly is top of the list. Through her advocacy work Tina says she has encountered many older people in need of care packages but reluctant to ask for additional support for fear of being moved out of the neighbourhood. ‘There are no supported housing nursing homes in the area,’ she says. ‘It means that if you’re old and you’re ill, you get moved out.’

A model for what this supported housing could look like is found a half an hour stroll west in Trafford. Limelight is a development composing of 80 ‘extra care’ apartments, as well as a library, café, medical centre and retail units, which was opened in 2017 by Trafford Housing Trust. Jane Placca, another Hulme resident involved in the campaign, says she would like to see the council, who own the freehold to the Gamecock site, work with housing associations to develop the land. ‘We would like to see The Guiness Trust who run Cooper House and One Manchester who are social landlords for Hopton Court develop the site themselves,’ she says.

So far neither the council nor investors have shown signs that community-focused developments fit into their vision for regeneration around the city centre. On the contrary, PBSA has pleased both. For the council, student blocks fit into its growth strategy focused on the city’s universities and knowledge economy. For investors, the yearly stream of students into Manchester has provided a reliable rental income. ‘PBSA has been seen as an area of the housing market that will remain buoyant,’ says Isaac Rose from Greater Manchester Housing Action, a group which campaigns around the region’s housing crisis.

But even the council itself has tentatively acknowledged the limits of the student housing bubble. Its latest PBSA report acknowledges ‘co-living arrangements for students could become temporarily unpopular’ because of the impact of the pandemic. There are already 24,000 PBSA beds in Manchester and at least another 3,000 currently under construction. The number of students at the University of Manchester and MMU has remained around 40,000 and 33,000 respectively for the last five years. The council says its long-term plan for the city remains one of growth, but there is no indication either university is intending to rapidly increase student admissions in the near future.

Whether the extra students arrive or not, Tina, Jane and the other members of Block the Block remain determined to stop the Gamecock site becoming another non-place at the heart of their community. Neither a building occupied by the ghosts of students who never arrive nor one occupied by the ghosts of real ones between term times is acceptable to them. ‘They’re building empty places because people aren’t going to stay there and invest in the community,’ Tina says. ‘We’re just a community of guests. We’re not moneymaking. We’re invisible. This is our last stand. If we don’t make space now for older people in Hulme, that chance has gone.’