Leanne Wood: Why I’m standing for the Plaid Cymru leadership

Leanne Wood AM sets out a socialist vision for Wales.

If ever there were a need for a strong, radical government of the left in Wales, it is now. Despite  Plaid’s success in delivering and winning a referendum on law-making powers for the National Assembly last year, Wales is still bearing the brunt of savage cuts to public services and already-meagre benefits, all being carried out by a government the people of Wales didn’t vote for.

Labour has a minority government in the Welsh Assembly. It fought last year’s Assembly election on a claim that it would ‘stand up for Wales’. As the SNP government in Scotland stands up for its people and fights Cameron’s attempts to deny them self-determination, Labour in Wales is happy to simply sit and wait, hoping for another Labour government in London that will solve their problems, rather than set out a vision for Wales. Labour in Wales are a party happier with Tory rule than home rule. When its masters in London support the cuts, ‘Welsh Labour’ remains silent.

There is a clear need  for a strong, socialist alternative to the Tory/Labour cuts agenda in Wales. Plaid Cymru is in a great position to provide that alternative. Plaid Cymru can and should speak for those who face a daily struggle to make ends meet, such as those who face a choice between heating their home and putting food on the table. The majority in Wales who reject the cuts agenda deserve a voice. In the longer term, we must tackle the root problems in Welsh society and seek to transform our nation, not simply manage it, as the British parties have done.

After a disappointing election result last year and an internal review, Plaid Cymru now has an opportunity to reinvigorate itself. Members will soon elect a new leader. I have decided to put my name forward.

Our party has much of which it can be proud, including standing firm against Trident and the wars in Iraq and Afghanistan, delivering more devolved powers for Wales and providing an  alternative to the privatisation agenda.

However, we still have much to do. I believe the time has now come to build the case for independence – not for its own sake, but in order to break the cycle of poverty and a weak economy which has left our nation as one of the poorest parts of Western Europe. In the current economic climate, this need is clearer than ever.

Plaid Cymru is the only party that seeks independence for Wales. We know that there is a powerful economic argument for it, but we have not always communicated that case effectively. Only Plaid Cymru works to see Wales break out of its poverty and develop the inherent skills of our people in order to thrive and achieve our true potential. That ambition sets us distinctly apart from the British parties. I believe in our people, and am determined to offer leadership which fosters a sense of national confidence and ambition that is a precursor to renewed prosperity.

The next step towards independence means placing Wales in a better position economically. In the short term, we must insist on financial fairness; in the long term, we need to put in place a robust economic infrastructure that can shelter us from future economic storms.

Models from across the world show that we can create a thriving decentralised economy that is inherently Welsh, serving our people rather than the market; an economy in which co-operative and green ventures can thrive creating jobs for local people; an economy in which we can foster the enterprise of small businesses, community organisations and our workforce. Most importantly, a social economy that will distribute wealth fairly and combat crippling inequality. Devolving power and prosperity to our local communities is essential to ensuring true social justice.

There has never been a better time for progressives in Wales to be in Plaid Cymru. For those who believe in economic justice, ecological resilience, true democracy, a bilingual Wales and independence, Plaid Cymru should be your home. By standing for the leadership I hope to lead and inspire a chorus of thousands of voices articulating a vision for our country. A vision of our Welsh nation speaking out confidently for our unique values, as an independent country, playing a constructive role in a family of nations across Europe and the world. 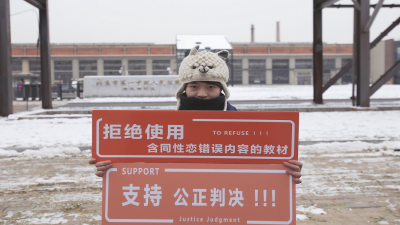