Here’s how we stopped a brutal, inhumane and barely legal charter flight 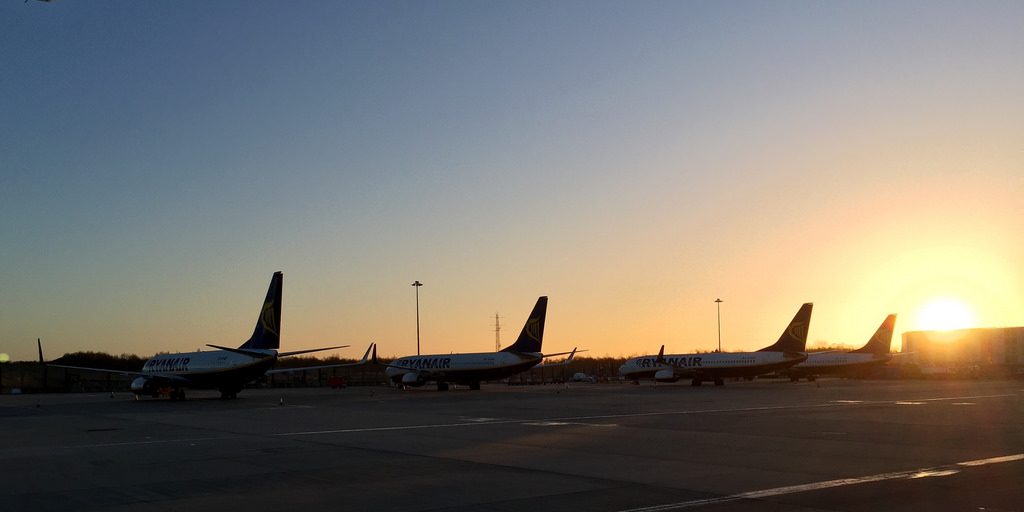 It’s Wednesday morning and we’re driving back to London after a long night sitting and waiting in an empty parking lot. We had just witnessed the processing of hundreds of detainees on to a mass deportation charter flight leaving for Nigeria and Ghana. The same flight that we would be stopping less than two weeks later.

Every week the Home Office hires out whole private aircrafts to transport people en masse in the middle of the night to countries like Nigeria, Ghana, Jamaica and Pakistan. There is little independent oversight, which makes them hard to resist and very easy for abuses to go unnoticed.

Buses arrive throughout the night heavily guarded by Tascor (private security company) vans. They are chartered from detention centres all over the country, delivering the detainees to the Inflite Jet centre where the processing can begin. Ambulances are at the ready, and we can only imagine the emotions felt by the detainees at this moment as they are taken by force from detention centres to the airport, sometimes using brutal restraining techniques.

On March 28, 2017, 15 activists broke into Stansted Airport and blocked a mass deportation charter flight due to send 60 people to Nigeria and Ghana.

From the first arrest made at 10.07pm to the last at 7.58am. We spent 10 hours on the ground holding space between the wheel and the wing. It took approximately 7 minutes after entering Stansted for the police to arrive.

With two tripods and a series of arm tubes carried between us, we walked calmly towards the stationed Titan Airways aircraft 100m away from the fence. It’s immediately recognisable, a dark blue strip emblazoned with a yellow sun on its body and the insignia G-POWD written underneath its wing. As we approached, a member of staff standing on top of the stairwell to the plane cabin, is seen on the phone looking towards us. Most likely, informing the police of our arrival.

Four protestors with arm tubes locked themselves in a circle around the front wheel of the plane. While one tripod with a ‘No One Is Illegal’ banner is successfully erected behind the left wing and the engine. Helped by other protestors, someone climbs to the top of the tripod and begins to film a live feed of the action.

When the first police arrive to the scene, all but one protestor has managed to get on the ground and stick their arms into the tubes. Some protestors managed to lock on in the next few moments, though some never actually lock on throughout the duration of the occupation, only giving the impression that they are attached inside.

The protestor who doesn’t manage to get into position is chased by the police, before ending up at the base of the tripod, diving arms stretched for the arm tube. They manage to stick their arm inside, but they are unable to lock on. The police jump on the opportunity to drag him out before hand-cuffing him. At this point, two journalists are caught and arrested alongside the protestor.

At around 12am we saw the flight crew and Tascor security leave the plane to the sound of us celebrating. The police continued to ask us to leave throughout the night as they cut us out of our tubes. But there was no chance we would just walk away. On top of the tripod, a protestor could see the buses carrying the detainees waiting patiently in the carpark, probably in the hope that the occupation would finish and they could still make the flight. At 3am the buses finally left the carpark.

We know that the plane was chartered two days later. 60 detainees were supposed to be deported on the Tuesday, but only 33 were deported on the Thursday. We now know that 11 people are still in the country and able to see through their claims as a result of the action. At least two are victims of human trafficking, and one has been granted leave to remain. Many more on the plane might have had similar experiences, but they were deported before their cases could be heard. That one flight is just a window into the systemic injustices of the UK deportation system. It is brutal, inhumane and barely legal and it must be stopped.

The action was made possible from the countless determined people who rigorously watch and document the cruel and calculated tactics of the Home Office to detain and deport people from the UK. Initiated by End Deportations, Lesbians and Gays Support the Migrants and Plane Stupid, the action was inspired by a history of campaigns and campaigners working tirelessly on this cause. In particular by the resistance and strength from those people inside detention, and those people who are on the front line of the Home Office’s attacks.