From Kill the Bill to an abolitionist future

Recent #KillTheBill protests have exposed the need to build a coalition around abolitionist demands and the politics of care, argues Red Pepper Co-editor Amardeep Singh Dhillon 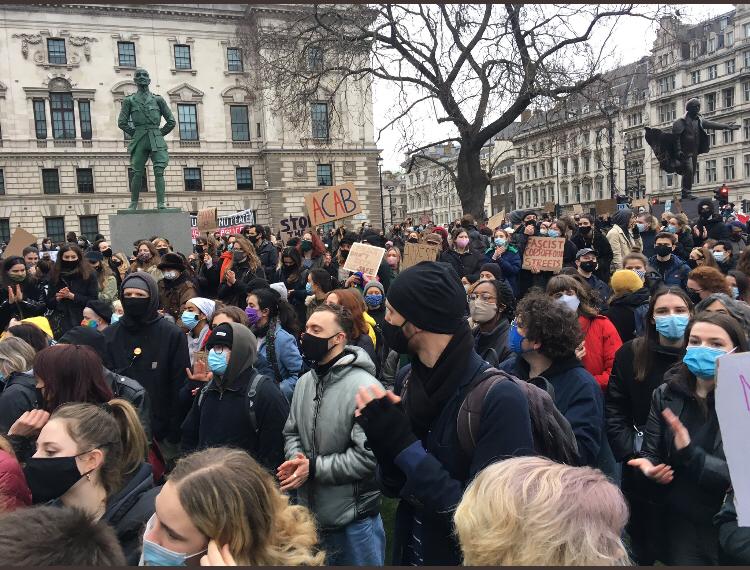 Sarah Everard’s death, allegedly at the hands of an off-duty officer, and the violent police response to protestors in Clapham Common and Bristol over the past two weeks, have been sobering and radicalising for many. The videos and testimonies hitting social media in real time have broken through the attempts of mainstream media to manufacture consent for police brutality, at least among young people. The contemporaneous criminalisation of protest and the brutalising of protestors has highlighted the danger of clauses seeking to curtail civil dissent in the new Police, Crime, Sentencing and Court Bill. It passed its second reading in parliament last Tuesday as one thousand protestors chanted ‘Kill The Bill!’ across the road in Parliament Square – it has been delayed due to a widespread public outcry, but will no doubt return in the coming months.

The bill is worrying for a number of reasons, including the broad powers it would award to the police to allow protests causing ‘annoyance’ or ‘nuisance’ to be criminalised, dictate start and end times and routes for rallies and fine protestors for not obeying orders they “ought” to have known about (i.e. being told to move on). It introduces a ten-year sentence for damaging war memorials, extends surveillance for some ex-convicts and limits early release. It also lays the foundation for the wholesale erasure of Gypsy, Roma and Traveller communities by criminalising trespass and giving police the powers to seize their vehicles/homes, assets and children. It is, from a number of perspectives, a chilling piece of legislation, and the state response to protests against it is indicative of the authoritarianism it will be used to enforce.

We do not look to the Labour Party for support or solidarity as we organise resistance. While most MPs rushed to condone police violence in Bristol and denigrate its survivors, those who insisted on waiting until an investigation had been concluded before condemning protestors were turned on by their colleagues and fellow party members. It is notable that it was largely socialist women of colour in the party that resisted the right-wing rhetoric curated by the mainstream press: many of their white male counterparts applauded the use of batons and dogs, as the rest of us scoured videos on social media until the small hours, terrified for the safety of our friends and comrades. Of course, these generalisations along the lines of *lived experience* have their limitations – after all, it was another woman of colour, the Member of Parliament for Landlords’ Rights Thangam Debbonaire, who took to Twitter this week to ask for help identifying potential rioters in her constituency to the police.

The momentum of the current moment necessitates coalition building at a grassroots level, but the basis of this organising has to be a commitment to abolition and to viewing state violence on the streets as a corollary to the carceral violence of prisons and detention centres. A broad church of organisations on the ground supported the rallies led by Sisters Uncut in London and other groups elsewhere. Yet the ideological gap between, say, Extinction Rebellion and Lesbians and Gays Support the Migrants, is not one that can be papered over with platitudes about the need for kinder ‘policing by consent’ in the short term nor calls for blind unity against a common enemy. The success of any coalition will depend on its commitment to the politics of care, community construction and infrastructure as much as to the politics of spectacle. Radicalism is not an indulgence in times of crisis, but a material necessity.

As the net widens and police target ever more palatable protestors, there is some cause to hope that the space for abolition to enter into the mainstream will emerge of necessity. Accessible political education will play a key role in facilitating this, in radicalising those new to organising by presenting them not simply with an analysis of the emergent dystopia, but also with an alternative vision for the future – one that becomes more urgent with every passing day.