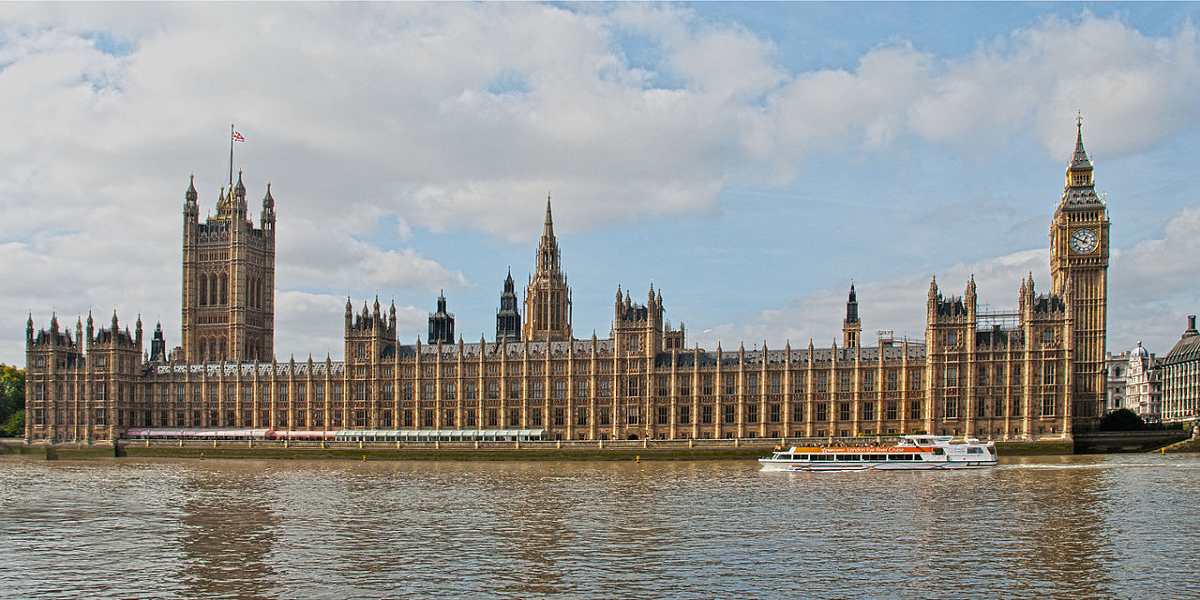 Marzena Zukowska: A number of bills introduced recently and hastily to Parliament pose a direct threat to our democracy. The police, crime, sentencing and courts bill limits protest rights, criminalises gypsy and traveller communities and extends stop and search powers. The elections bill expands Home Office influence over the Electoral Commission, effectively limiting both transparency and independence, and threatens to introduce mandatory voter ID in UK elections – despite 7.5 per cent of the electorate not having photo ID. How did we get here?

Clive Lewis: What we have had in this country – even before these bills – is not what I’d call a democracy: a system where everyday people, without vast amounts of wealth or political power, have an equal say over the world, the environment, the economy, and the political structures around them. Today, we are further from that ideal than perhaps at any other time since the post-war period. Our ‘democracy’ has raped and pillaged for over 400 years, committed social murder, polluted the planet to the point of destruction and embraced structural racism. Today we have a neoliberal system where political power has been outsourced to corporations and financial markets. These bills are, in part, a fearful reaction to the activism we’ve seen, particularly climate activism, pushing against that system.

The Tories also see an opportunity to cement their power in the post-Brexit era, where the progressive vote is fragmented. They have an 80-seat majority and, thanks to our first-past-the-post system, access to constituencies they could have never dreamed of previously. The elections bill, which we call the ‘voter suppression bill’, is about making it difficult for millions of people to vote – disenfranchising people who are already marginalised by the climate crisis, by economic chaos and downturn, post-pandemic. They are going to degrade the third pillar of democracy, so-called judicial review, making it difficult to challenge them through the courts. They are coming for every single mechanism, every single check and countermeasure. We already have a limited democratic system, they’ve already taken unions out by and large, and now they’re coming for the rest of it. The elections bill, seen on its own, is bad enough. Seeing it in this wider context is deeply concerning.

MZ: As a voting rights organiser from the US, my alarm bells are also going off. I remember campaigning for Stacy Abrams in the Georgia gubernatorial race during the 2018 midterm elections and witnessing first-hand the breadth of voter suppression tactics used to prevent black, migrant and marginalised people from voting: purging names from voter rolls, requiring exact signature matches, widespread use of provisional ballots, long lines and machines that ‘malfunctioned’ on election day, even the Supreme Court gutting key provisions from the historic 1965 Voting Rights Act. Is the UK drawing inspiration from US Republicans, or from other countries and parties?

CL: The UK government is taking a page right out of the US Republican playbook, but this isn’t just happening here. It’s happening in Poland, Hungary, Turkey. In Russia, it’s already established. The pattern is elites concerned with holding onto what they’ve got. In the US, we’re now seeing memos from Trump indicating that he handpicked his own attorney general to declare the election as void. How chilling is that? That our democracy comes down to one handpicked attorney general having the conscience to say: ‘no’.

People know that I’m an advocate of the so-called Progressive Alliance. It’s not because I want to water down my socialism with liberalism, or any other ideology but because I understand we’re not strong enough on our own. It’s going to take a vast array of political ideologies and movements to make substantial changes. If people think that Labour – a party in decline, without the financial ability to maintain itself and with a leader who is at best disappointing – can do that on its own, they are mistaken. Unless it has real support from the ground up with a host of movements behind it, it won’t be able to transform our society, our economy, our politics, our democracy, into something that can survive the coming decades of climate crisis and a rising gilded elite.

MZ: This global trend towards authoritarianism is also manifesting as racism, homophobia, transphobia, misogyny and antisemitism at institutional, cultural and social levels. How can left and progressive movements oppose anti-democratic moves across borders, not just at home?

CL: We have seen signs of a deeply nervous, edgy society, which has very little faith in the future. As people become repressed and feel marginalised – which is increasingly happening – they prove fertile ground for the right. Globally, there are few trusted checks and balances left, no real alternative economic blocs. That’s a problem for the left. We are fractured and fragmented. Ultimately, if we are to make inroads both domestically and internationally, it’s going to need movements which cross borders – and include people who may not necessarily be in the same political silos.

The question I come back to is: where is there a sense of hope? For me, its the climate movement because so many other functions fold into it. Socialism folds into it because clearly a more democratic state – a more democratic global economy – by its very nature will put people and planet first.

There’s also a massive role for direct action and protest. That is part of our democracy. It’s not just about waiting for people like me to pass or block laws. Movements must see opportunities to mobilise in a rapidly changing situation. We did not see coronavirus coming, but it has had a massive impact on our politics and economics. Moments like this create openings that even a month before would have been incomprehensible.

Other pandemics in the last century killed millions without the economy being shut down. The difference here is that, despite Donald Trump, Boris Johnson, Jair Bolsanaro and other strong men of the world, countries had no choice but to stop everything. They fought against that, and tried to put the economy before people’s health, but people, and health and social care systems, won out. That shows you the ability of an interconnected public to dictate the terms of what happens.

MZ: I think that speaks to what Stacey Abrams was able to do in Georgia. In 2018, she faced a Trump-touting opponent (Brian Kemp) who was allowed to ‘monitor’ his own race as the Secretary State. Stacey lost by just 50,000 votes – then went right back to grassroots broad-based social movement building alongside black organisers from Fair Fight, the New Georgia Project, and others. The Democrats won Georgia in 2020 because of that movement – not the Party establishment. That’s what’s possible when people set the terms of debate.

CL: I don’t think people in [UK] politics, including many in my own party, see that. When we talk about this crisis of democracy, we must link it to what’s happening in our voting systems, but also in our judiciary, in the climate crisis, in economic problems, in the pandemic. By joining these dots, we can make sense of what’s happening rather than seeing it as a multifaceted assault. When you begin to see patterns, you come to see what they will do next and why. If we have that analysis, we can direct our activism, anger and outrage properly. That’s why publications like Red Pepper are more important now than ever. You’re the frontline of the fight, informing people about what’s happening, why it’s happening. That is so crucial.

Marzena Zukowska is a writer, organiser and researcher based in London. Clive Lewis is Labour MP for Norwich South.

This interview first appeared in Issue #233 Democracy on the Wing. Subscribe today to support independent media!