Almuth Ernsting of Biofuelwatch unpicks the latest government report on Biofuels. The report that has been welcomed by environmental NGOs and the biomass industry alike, both sides claim it vindicates their position.

The Life cycle impacts of biomass electricity in 2020 report assesses the carbon emissions associated with North American wood burned in UK power stations. Most pellets imported into the UK come from North America. One of the two authors is DECC’s outgoing Scientific Advisor, David McKay – a widely respected expert in energy technologies and their climate impacts.

So, does the report vindicate the biomass industry, or those who have been warning that burning millions of tonnes of wood in power stations is the last thing we need if we want to protect forests and avoid the worst impacts of climate change? The industry takes comfort from the report saying that it may (not will!) be possible to meet the UK’s 2020 bioenergy demand with low-carbon wood from North America. However, it hardly supports the likes of Drax and their suppliers – particularly since Drax cannot, for technical reasons, burn many of the ‘low-carbon’ residues identified in the report.

On the other hand, the authors confirm that a lot of biomass really is ‘dirtier than coal’. Crucially, they state that the methodology suggested by the European Commission for calculating biomass carbon emissions is deeply flawed and makes bioenergy appear as low-carbon even if it is linked to greater CO2 emissions than electricity from coal. That’s the same methodology that is used by the Government and on which their proposed biomass sustainability standards are based. The report thus implies that the Government’s biomass policy and their planned standards are not fit for purpose.

According to Energy and Climate Change Secretary Ed Davey ‘this calculator shows that, done well, biomass can offer real carbon savings – which is why we are tightening our rules for sustainable biomass’. But what he means is simply that the very carbon standards demolished by this report will become mandatory from 2015.

Davey probably knows that aligning the proposed standards to the findings of the report would close down Drax and E.On’s Ironbridge power station and might stop other coal-to-biomass conversions and large new biomass power stations across the UK. For example the largest pellet producer in the US, Enviva, has been shown to source wood from clearcut wetland forests that had not been logged for at least a century. Enviva is a key supplier of Drax and has a supply contract with E.On, too. This, the report confirms, is worse for the climate than burning coal for well over 40 years.

An invitation to fraud

Are biomass carbon standards based on this new report the answer? Would they protect the climate, and might they even allow us to burn millions of tonnes of imported wood without harming forests and increasing carbon emissions in the process?

Well – no. There are fundamental problems with relying on sustainability standards, not least the fact that those rely on self-reporting by companies and their chosen consultants. The Government has admitted that companies’ declarations that vast amounts of their biofuels came from used cooking oil from the Netherlands were ‘implausible’ – i.e. misleading. Standards simply require companies to tick the right boxes – an invitation to fraud.

Moreover, DECC’s new report assesses a wide range of “scenarios”, all of which depend on assumptions about what would have happened in the absence of a demand for bioenergy – or what might happen in future, for example to US wood markets. Putative scenarios make for an interesting academic debate – for policy purposes they are of little use. For example, logging a native forest for bioenergy is shown to be climate friendly if, without the demand for bioenergy, that forest would have been converted to agricultural land. What’s to stop the industries from claiming that without their demand for wood, American forests would just be cut down and turned into cotton fields? Implausible – but who can ever prove what ‘would have happened’? All of the ‘sustainable’ scenarios depend on developments which are out of UK companies’ or our government’s control.

Furthermore, some of the scenarios and assumptions in the report are questionable, while important ones are missing. For example, the authors calculate how much different types of wood may be ‘available for UK biomass’ as if there wasn’t a fast-growing demand for bioenergy within North America, let alone from across Europe. There’s no scenario that sees UK demand force US biomass plants to run on wood from whole trees rather than residues. Many, though not all, such ‘indirect impacts’ have been ignored. Some scenarios assume that, without our bioenergy demand, vast amounts of sawmill and residues would be burned as waste on the roadside – which is most unlikely. Some are based on a low future demand for wood in North America – improbable without an economic crash. Nobody can draw up credible ‘carbon standards’ based on speculations about future wood prices.

As an EU member state, the UK government should base environmental policies on the precautionary principle (not something it has a record of doing). The government is subsidising company plans to burn more wood each year than the UK produces annually and there is clear evidence that biodiverse North American forests are already being destroyed as a result. Those subsidies must be stopped.

(Picture: Deforestation in Sumatra to make way for an oil palm plantation) 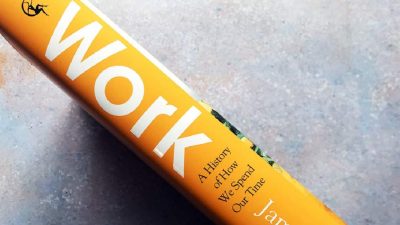