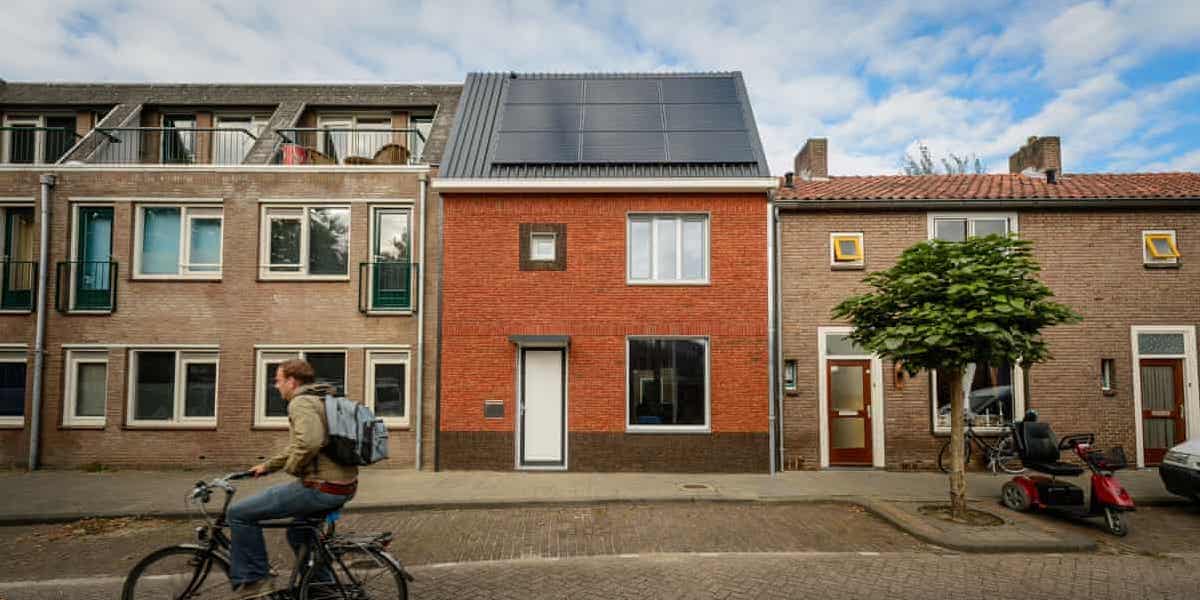 Retrofitting housing stock is essential for combating the climate emergency. The government’s recent £2 billion investment, while welcome, would fund the refurbishment of less than 2.5 per cent of the country’s housing stock. With Tory dogma and indifference resulting in a lack of meaningful action, local authorities need to show leadership in implementing a Green New Deal. Municipal-led retrofit can play a vital role in tackling both economic inequality and the climate crisis, helping build a transformative social movement to boot.

Municipal authorities are as culpable of climate inaction as Westminster. Take Manchester City Council, which since its declaration of a climate emergency in 2019 has achieved ‘virtually nothing’. More than 280 councils have made similar declarations, yet few have demonstrated initiative beyond marginal interventions.

Meanwhile, environmental movements such as Extinction Rebellion have generally avoided wedding themselves to party politics or even talking to elected officials. Steering clear of the dirty business of formal politics, and appealing instead to hyperlocal community-led conservationism through actions such as guerrilla gardening or community greening, these groups focus on initiatives that exist ‘outside’ the state.

If we hope to turn these disparate movements into a political force at the scale needed to meet the climate crisis, we must find more radical approaches. We must look for new strategies for how grassroots movements, political parties and state institutions interact in building a powerful movement for eco-socialism.

Between social movements and the state

Lefebvre developed the concept of autogestion, loosely translated as ‘self-management’, at the core of his theory for political change. Originally referring to factory workers collectively managing the means of production, Lefebvre generalised the idea to imagine collective self-management in all areas of life. The idea of autogestion speaks to both the movement for, and the act of, people making collective decisions themselves, rather than surrendering those decisions to state bureaucracy.

Although a vehicle for anti-statism, recent writing on the concept suggests that, far from avoiding the role of the state in effecting change, autogestion offers an approach for manipulating the state against itself. Through mobilising a repertoire of informal and formal political tactics, some of the competencies of the state can be redirected towards supporting the management of society by citizens.

With a focus on realising this at the scale of our towns and cities, Russell argues autogestion amounts to ‘neither a project of seizing the local state to deliver change from above, nor one that ignores state institutions so as to focus solely on building lifeboats of autonomy… It is less about seizing institutions, and more about coordinating and manipulating those that currently exist whilst building new ones.’

Typically seen as a cost-intensive task and a burden on the state, retrofit is not the most obvious area to develop a politics of autogestion. However, the innovative approach taken by the residents on the Scottish Isle of Eigg indicates what it could look like to adopt an ‘autogestive’ approach to building sustainable forms of economic democracy.

For decades, the island was dependent on fossil fuels shipped in from the mainland. In 1997 the islanders began working with the Highland Council (a local government body) to set up the Isle of Eigg Heritage Trust, which they used to purchase the 31 km2 island from its absentee owner. Employing a renewables development officer, the Trust secured £1.6 million in financing with which to set up Eigg Electric, an electricity company owned and managed by the community. Eigg residents sit on the board of both Eigg Electric and the Trust.

The Isle of Eigg demonstrates how community-run energy projects can both reduce emissions and produce community wealth. Since 1997, the islanders have installed solar panels, hydroelectric generators, and wind turbines, as well as retrofitting homes. Not only is the island now 95 per cent powered by renewables, the electricity system has also been entirely stand-alone since 2008, wholly independent from oil imports from the mainland. The community sits in splendid sustainable energy autonomy.

The case of Eigg also underlines Lefebvre’s point that we can mobilise local authorities to support economic democracy. The islanders worked with the Highland Council to eliminate mainland state authorities, demonstrating we can manipulate local government to enable us to collectively self-govern. We pull certain levers of the state to build our own power, not only creating immediate tangible change, but providing us with a base upon which to drive systemic change.

Practically speaking, we can use the same strategies to build community power through energy efficiency schemes in urban contexts. A good example to follow here is the Clean Energy Finance Corporation in Australia or the Scottish National Investment Bank. While localities in England and Wales may lack the means to set up financial institutions on the scale provided by these national investment banks, Preston City Council is currently exploring the idea of a Lancashire Community Bank, modelled on the Hampshire Bank, the latter of which is currently seeking a banking licence to fund sustainable investments.

We could apply the practice of autogestion to address other limiting factors on retrofit, for instance the skills deficit in the UK construction industry. Skills provisioning in the context of retrofit works could be through geographically defined, multi-stakeholder cooperatives, where people aren’t just trained in their trade but in how to run cooperative enterprises. A good example of this has been the Wales Co-operative Centre which empowers communities by supporting the growth of co-operatives and social enterprises, with funding from the Nominet Trust’s ‘Digital Reach’ programme.

State inaction is an intractable problem for the eco-socialist movement, but this does not mean abandoning the place of state institutions in our thinking. Ideas from the socialist tradition of Lefebvre give us a framework for realising municipalist strategies, and cases in Eigg and Wales have vindicated this approach. Supporting local skills provisioning for such co-operatives will be key as we emerge from Covid-19 and pursue a green recovery.