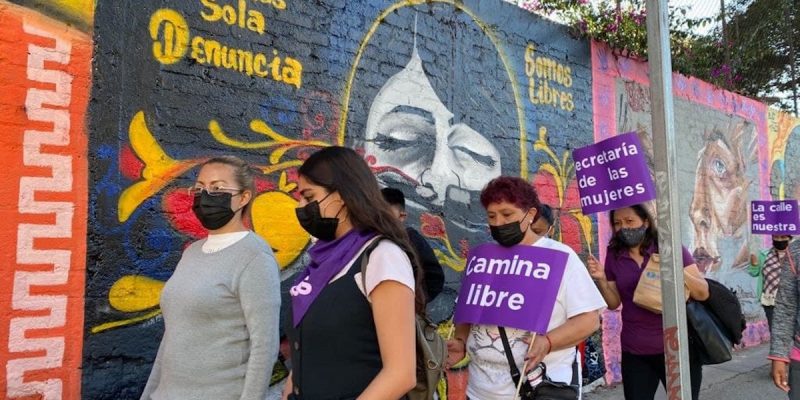 In London, cases of femicide in public spaces such as streets, squares and parks, perpetrated by strangers, including in one instance by a serving police officer, have dramatically illustrated that women and girls are not free to exercise even the most basic rights of citizenship. Such rights must include the ability for half the population to move freely throughout public and semi-public spaces without fear of sexual harassment or violence, at any time of day or night.

These boundaries to women and girls’ rights are not unique to the UK. As UN Women note, sexual violence in public spaces, in a spectrum ranging from comments and gestures through to rape and femicide is an ‘everyday occurrence’ throughout the world. In the 1980s women’s groups in the UK campaigned against sexist advertising on public transport. Now, with advances in digital media, many city centres and shopping malls have morphed into what the Australian academic, Nicole Kalms, calls hypersexualised environments, whereby hetero-normative images alluding to soft core pornography confront the average shopper.

Experiences of sexual harassment and violence intersect with other social inequalities, especially those of class, race, disability and sexual orientation. To track all of these indicators through an urban planning and design agenda can be bewildering, drawing attention away from deep-seated, long-standing ‘structures’ of inequality that become embedded in the built environment and in the mindsets of politicians and planners.

Urban planning and design combines technical knowledge, language and norms with a social science understanding of how cities work. It is constrained by legislation and neoliberal economics, yet at the same time aspires to meet the ideals of gender equality objectives set by bodies such as the UN and the EU through techniques and tools such as gender impact assessments, gender auditing and gender budgeting.

A socialist-feminist approach cuts through this technical complexity by demanding that the work of reproduction, of caring work and domestic responsibilities, typically undertaken by women and girls, be recognised and valued in equal measure to that of production. This challenge has the potential to promote a radical transformation, while at the same time improving existing living conditions.

Labour, care and the city

To date, only the City of Vienna can boast of this approach, but there are many instances where social movements, progressive politicians and local government urban planners, architects and transport planners have been able to make inspiring interventions. These have been at different scales of planning, from city and regional planning through to individual small spaces. There are interesting case studies to be found in Latin America, Canada, Spain and other European states. The examples that follow give a flavour of their extent.

Daphne Spain, an architectural scholar, points out that changing gender relations have been a contributing factor to urban sprawl, as the rise of the service sector has taken unpaid work in the home and turned it into underpaid work outside – for example, in fast food outlets and social care – leading to a dispersed and decentred metropolis. To combat this, the City of Vienna takes accommodating the strains of reconciling waged work, housework and caring responsibilities as a central tenet of its planning strategy. Its development plan is based on a ‘city of short distances’ and providing for everyday life.

A socialist-feminist approach cuts through technical complexity by demanding that the work of reproduction, of caring work and domestic responsibilities, typically undertaken by women and girls, be recognised and valued in equal measure

This means planning for a polycentric city, with well-designed and well-connected neighbourhoods. For example, the new urban extension to Vienna, Aspern Seestadt, connects its projected 20,000 households to Vienna city centre with a fast metro link, and includes different employment opportunities within the urban extension, as well as sufficient schools, nurseries, medical services, Austria’s first managed high street, hospitality and leisure facilities, facilities for refugees and a new urban park around the lake.

Ground-breaking work in 2009 by Ines Sanchez de Madariaga, an urban planning professor in Madrid, introduced the concept of the ‘mobility of care’. She challenged the way in which transport statistics in Spain were collated to highlight the commute to work. Instead, she demonstrated that ‘care work’ generated as many trips as the daily commute and therefore merited better provision. Using data to challenge long-held assumptions is an important component of a feminist approach, as gender relations shift and change and are dependent on the specifics of place and history.

A city for everyone

Initiatives to increase safety and perceptions of safety have been promoted in a number of cities. In Barcelona, research action with night-time workers, including sex workers, by Sarah Ortiz Escalante and the feminist organisation Collectiu Punt 6, identified particularly dangerous places and this information was fed into the regional plan. In Mexico City, a programme entitled ‘Safer Streets, Safer Trails’ targeted at women has introduced better lighting, security cameras and alarm buttons over 200 kilometres of streets and paths. Combined with other improvements to public spaces, this has reduced street crime against women by 29 per cent and raised perceptions of safety in the period 2018-2021 by 40 per cent.

The expansion of the night-time economy has helped create safe spaces for LGBTQ people. It is vulnerable to changes in property values and requires specific planning interventions, however, some of which have been championed by Amy Lamé, London’s ‘night czar’.

A feminist approach to the city goes beyond merely treating women as victims and addresses all inequalities. For example, the global ‘men’s sheds’ movement helps older men marginalised by economic restructuring. Creating workshops where men who feel they have been left behind by society can come together and do socially useful work helps to restore dignity and, in urban terms, makes good use of marginal spaces.

These examples demonstrate that the struggle to create cities that uphold the rights of all to fair and equal citizenship touches everyone in different ways. Social movements, committed politicians and educated professionals all have a role to play in transforming the urban landscape, which, in turn, shapes our lives.

Marion Roberts is professor of urban design at the University of Westminster and co-author of Making Space: Women and the Man-Made Environment (Verso) 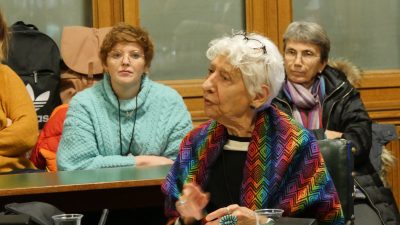