A killing a day keeps democracy away

Left activists in the Philippines are being killed at an alarming rate. Oscar Reyes spoke to Millet Morante, a leading figure in Kilusan para sa Pambansang Demokrasya (KPD, Movement for National Democracy) and Laban Ng Masa (Struggle of the Masses), a coalition of progressive organisations and political parties

I have been an activist for 26 years, most recently as leader of the KPD, formed in 1997, and for the past couple of years working as part of the Laban Ng Masa coalition.

The current wave of political killings started when Gloria Macapagal-Arroyo came to power in 2001. Over the past five years there have been 749 reported extra-judicial killings, about half of which have been of political activists and journalists. Five leaders of the KPD have been killed in this way since last December – all of whom were based in the provinces.

Last December, Cathy Alcantara, the KPD provincial secretary general in Bataan province, was killed by three men on motorcycles, who came up and shot her. These men are found everywhere in the country, they’re the ones doing the killings. Our study and analysis of such cases shows that these paramilitary groups are mandated by the Philippines military. The pattern of the political killings indicates that they are not random excesses but part of a systematic national policy.

In her state of the nation address, President Arroyo even praised the general under whose command most of these killings are taking place and encouraged him to go on with what he’s doing. This campaign of annihilating the government’s political opponents is being conducted against legitimate dissent from people’s organisations. The president is afraid of the citizens because she cheated her way to victory. The people didn’t vote for her. [Arroyo is widely alleged to have rigged the 2004 elections. ]

The wider context is the ‘war on terror’. Arroyo has proven to be the number one puppet of George Bush, as proven by her eagerness to campaign in the region for the adoption of counter-terrorism bills that are actually a disguised form of state terrorism.

We have been called destabilisers and terrorists. Members of my organisation, and so many others, are playing hide and seek with the government and military forces because we could be shot at any time at the whim of the military.

The killings are usually preceded by ‘stalkers’ and threats. We fear for our lives, of course. But we are not really afraid to the point of being immobilised, because over and above the fear we know that the best defence is to be very visible in political activities and to really sustain the ‘No to political killings’ campaign.

It’s important that we speak out in this way because many of us – grassroots activists, especially – have been victims of the government propaganda that says we are all terrorists, communists or whatever, and the people shouldn’t care whether we’re killed. We’re running against time because the government campaign is increasing its intensity. In fact, over the past few days I have heard daily reports of extra-judicial killings.

We have launched a national anti-assassination campaign through the Citizens’ Commission on Human Rights (CCHR).

Laban Ng Mesa has a broader political goal, though – not just to stop the killings but for the whole Arroyo government to step down or be ousted because its programmes are anti-people and pro-foreign multinational companies.

We’re encouraging various forms of international solidarity right now, ranging from an international fact-finding mission to encouraging Europeans to lobby their governments not to support the Arroyo regime. Perhaps these will send a message to the Arroyo government to stop all these programmes that are making the Philippine people suffer so very much.For further information read Amnesty International\’s report on Philippines political killings 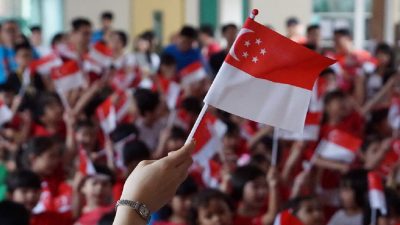