It's like putting Enron in charge of the power grid. That's how US businessman Phil Zweig describes the privatisation of NHS procurement.

It was a big day for the NHS on 27 September. At the Labour Party conference the unions won a vote condemning the marketisation of the health service. Outside the conference hall striking NHS Logistics workers protested at their jobs being handed over to a private company in a £4 billion privatisation.

None of this worried health secretary Patricia Hewitt, who combines Cameronite optimism with a degree of detached composure that recalls Margaret Thatcher. Hewitt is almost unflappable. But for a few short minutes that afternoon, at a smart fringe meeting of New Labour’s favourite think-tank, the Institute for Public Policy Research (IPPR), she was well and truly flapped.

It happened like this. After a typically banal speech on the subject of ‘Can the NHS meet rising expectations?’ Hewitt took questions from the floor. The microphone was passed to an American businessman, who asked why she was handing over NHS Logistics, the health service’s supplies organisation, to a ‘criminal organisation’. It was difficult to tell what he was saying, because as soon as his question began to sound critical the chair, Richard Brooks of the IPPR, declared he wouldn’t take it. The microphone man tried to grab the mike back, but the questioner hung on heroically and managed to shout the rest of his enquiry, which Hewitt refused to answer.

The American wasn’t satisfied with that.

When Hewitt got up to leave for another meeting, he got up too, and chased her. At which point, all the journalists in the room got up and chased them both.

Michael Dixon, chair of the NHS Alliance, whose speech followed Hewitt’s, had to watch as a third of his audience ran off. Moving at pace towards the exit, Hewitt was definitely flustered.

The pursuing American was Phil Zweig, who had come to the UK to warn of the folly of handing over NHS procurement from NHS Logistics to US giant Novation.

NHS Logistics bought and distributed health equipment to hospitals. It was an award-winning non-profit organisation, reinvesting its surpluses in the NHS. Faced with a glaring example of public sector success, the government decided to outsource it to the German delivery firm, DHL, and its sub-contractor, Novation, which is to carry out the crucial role of procurement with control over £4 billion of NHS money.

According to Zweig, Novation is ‘the largest and easily the most corrupt US hospital group purchasing organisation’ (GPO). ‘Your government will be in bed with a rogue organisation that is currently under criminal investigation by the US Department of Justice,’ he told Red Pepper.

This investigation centres on whether Novation is guilty of bribery and defrauding US public health schemes.

Novation has also endured four hearings before the US senate antitrust subcommittee, investigations by the Connecticut attorney general, and critical studies by various US government agencies.

In the late 1990s Zweig’s company, Retractable Technologies, developed a blood collection device that protected nurses from HIV and hepatitis. These could be produced for 27 cents a time, but Novation suggested adding their private label and inflating the price to a dollar, splitting the extra profits. The deal didn’t go through, and Novation and other GPOs allegedly attempted to block the product from the market. In the ensuing legal action Retractable Technologies received a $155 million settlement.

Zweig is involved in a campaign, Stop GPO Kickbacks, working to change the corrupt supplies industry. He is ‘appalled’ that just as campaigners are making headway in the US, the UK government has decided to import some of the worst features of the US system.

‘It works this way,’ he says. ‘Giant multinational healthcare suppliers pay kickbacks of up to 20 per cent, disguised as administrative fees, marketing fees, prebates, rebates and the like, to Novation and the other GPOs to ensure that their products have exclusive access to hospitals.

In return, these monopolies get sole source, multi-year contracts that make it virtually impossible for a small, innovative company with a better pacemaker, syringe, or even surgical gloves to market its products.’

But, Patricia Hewitt might have said if she hadn’t been running out of the door, Novation will be able to save the NHS £1 billion over 10 years by bulk purchasing (a figure apparently plucked from the air, as no business case has been provided). Zweig disagrees: ‘Novation has no incentive to save money for hospitals, because higher price and higher volumes translate into bigger fees. Putting Novation in charge of NHS supplies is like appointing Jack the Ripper to run your neighbourhood watch. Or to use a more recent analogy, hiring Enron to operate your power grid.’

But that is what has happened – DHL/Novation took over on 1 October. Zweig believes Novation may imminently be indicted in the US, leaving the UK government in an embarrassing position.

Hewitt seems to have decided this is a price worth paying – indeed, that any price is worth paying – in the relentless privatisation of the health service. The week before the party conference she made a speech saying that there would be no limit to private sector involvement in the NHS.

‘America’s healthcare system is the world’s most expensive and inefficient,’ Zweig warns. ‘If that’s what your government wants for its citizens, it has taken a major step in the right direction.’www.keepournhspublic.com 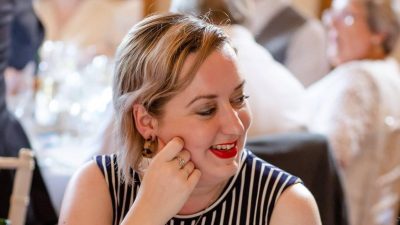