From Orgreave to the City

Police brutality during public disturbances is nothing new. Neither is the tendency of the mainstream media to repeat police claims of provocation by demonstrators uncritically. Rhian Jones sketches the recent history, highlighting what is distinctive about the situation today

This year marks the 25th anniversary of the 1984-85 miners’ strike, an event which saw an extraordinary and now largely forgotten level of government-sanctioned violence by police against a large section of the populace. The use of truncheons, riot gear, police horses and dogs against strikers became commonplace. Miners travelling to solidarity pickets were stopped en route and arrested. Nor were they safe if they stayed at home: mining villages sometimes resembled areas under foreign police occupation, with homes raided and residents intimidated and assaulted. It was a common police boast that the overtime they worked during the strike enabled them to pay off their mortgages or carry out extensive home improvements.

In June 1984, a mass picket of the Orgreave coking plant saw, for the first time in Britain, the deployment of police units carrying not the normal full length protective shield used to guard against missiles, but short shields that could be used aggressively in conjunction with batons. These units acted as ‘snatch squads’, beating or arresting individuals following charges of the crowd by mounted police – a tactic developed for use in riots by colonial police forces in Hong Kong.

Coverage of such clashes on press and television was almost uniformly hostile to the strikers. When broadcasting footage of Orgreave, the BBC, incredibly, transposed the sequence of events, making it appear that police cavalry charges had been a defensive response to antagonism by stone-throwing pickets rather than an act of aggression. Only in 1991 did the BBC issue an apology for this, claiming that its action footage had been ‘inadvertently reversed’.

The tactics used during the miners’ strike were still in evidence during the mass protests against the imposition of the poll tax in 1990. On 31 March that year, a march and rally involving up to 200,000 people ended with some of the worst rioting seen in central London as a result of police ineptitude and overreaction. Following the rally, riot police attempted to clear Whitehall of marchers, despite all exits being blocked by further lines of police.

As scuffles broke out and members of the public became caught up with demonstrators, mounted police charged and riot vans were driven into the crowd. Nearly 5,000 people, mostly civilians, were injured. News transmissions ignored the extent of police aggression and instead followed police and government leads in blaming the violence on anarchist elements – a claim disproved the following year by a police inquiry. In the subsequent trials of arrested demonstrators, police video itself was influential in acquitting many defendants, suggesting that police had fabricated or inflated charges and confirming doubts about policing styles developed during the 1980s.

Following the failure of the police operation in 1990, the policing of protest evolved towards a policy of containment and suppression. The ‘kettling’ technique used outside the Bank of England at the G20 protest was in evidence at anti-capitalist events in London as early as 1999. At May Day protests in 2001, police corralled 3,000 people, including uninvolved bystanders, for eight hours in Oxford Circus. Those inside the cordon were denied access to food, water and toilet facilities and had their details and images recorded before being released. This tactic has been used at several subsequent demonstrations to control, subdue and gain personal information about protesters despite police having only the limited power simply to stop and search in anticipation of violence.

The significance of the G20 protest, then, lies not in the policing of the demonstration itself, but in the channels available for its reporting and consequent public awareness. G20 was notable for the number of press and amateur reporters participating in and observing the protests, as well as interested civilians armed with cameras and mobile phones. One of the latter, a New York businessman, provided the video of the police assault of Ian Tomlinson subsequently shown on the Guardian’s website.

It is this broadened and democratised arena of reporting that has made the greatest difference to coverage of the police role at protests. The initial press opprobium directed at alleged bottle-throwing anarchists altered swiftly and dramatically under the weight of contradictory evidence, producing an extraordinary consensus of opinion on the Tomlinson case from across the political spectrum. The sheer number and variety of observers, as well as their access to media outlets such as YouTube, has enabled the public presentation of an ‘insider’ view of police actions, increasing the power of protesters to expose previously unknown or disputed police practices and to challenge subsequent press denials or misrepresentation. Despite the tragedy of Ian Tomlinson’s death, what happened at the G20 may yet provide an opportunity to unite public opinion in favour of greater police accountability and media transparency. n

For all the talk of free-trade, why is ‘Global Britain’ still behind on drug law reform? By Kojo Koram 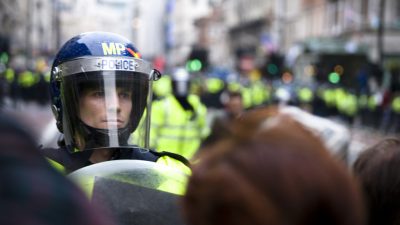 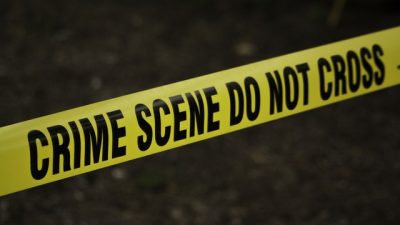 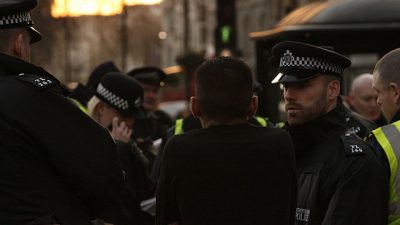